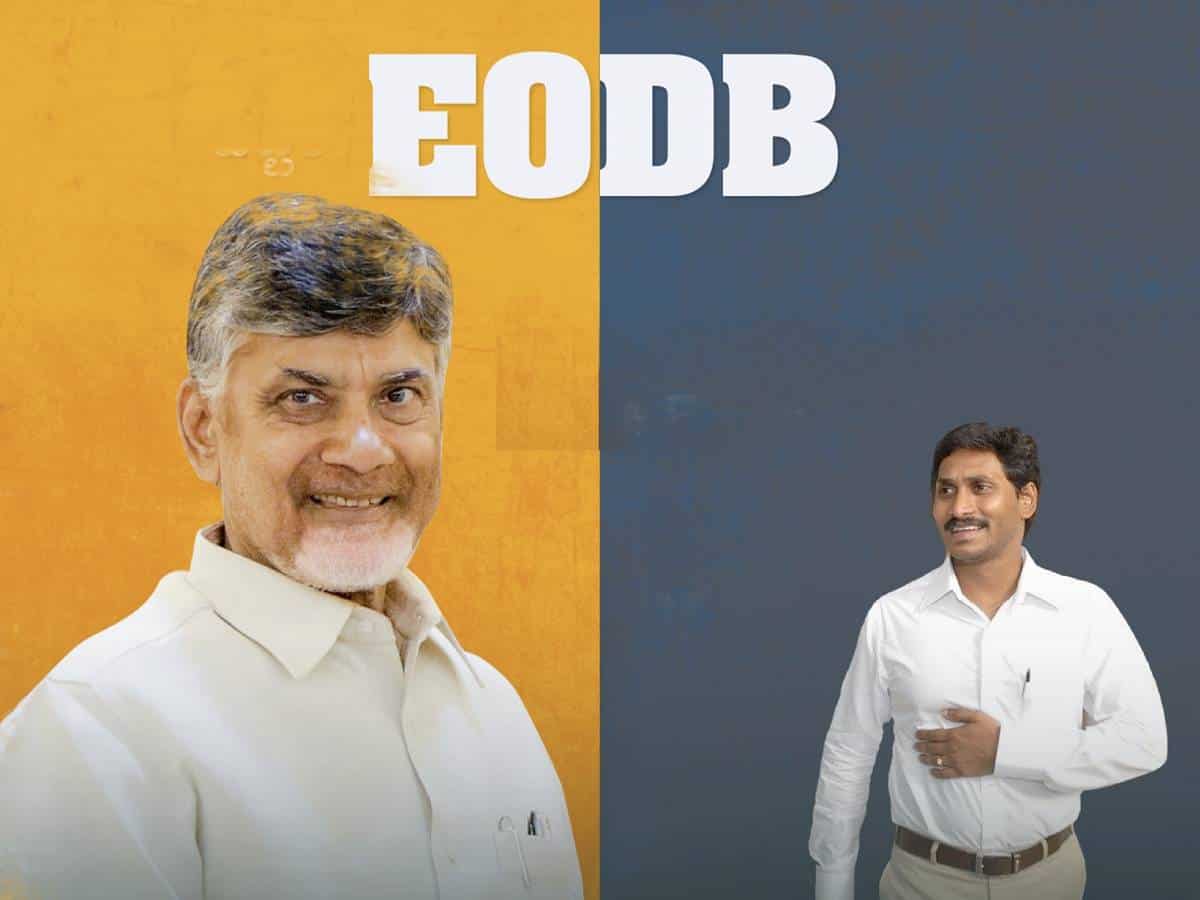 Andhra Pradesh has once again proved its mettle by retaining the first position in “Ease of Doing Business” for the third consecutive year. The commerce and industry ministry released the State Business Reform Action Plan Ranking for the year 2018-19.

While AP stood first, UP jumped 10 places to grab the second position this time and Telangana stood in the third position.

The rankings of states has been done by World Bank since 2015 and they reflect the conducive atmosphere created by the states for both the public sector and private sector firms to invest and trade in their areas. The industrial policies of the states and the issuing of necessary permissions and certificates without any hassles are some of the factors that are counted to give the rankings.

With AP bagging the first position for a third time in a row, there is an interesting debate in the media. The ruling YCP and the Opposition TDP are arguing with each other claiming credit for the ranking.

The YCP leaders claim that since May 2019, Jagan has been ruling the state and hence, the credit for standing in the first position should be in their kitty. Industries minister Mekapati Goutham Reddy said that it was the vision on their leader and Chief Minister Y.S. Jagan Mohan Reddy that helped them notch the first position and he even congratulated the officials of his department over the ranking.

Meanwhile, the TDP leaders say that as the ranking was given for the 2018-19 financial year when their party was in the ruling for a major part of the time and so the credit goes to their leader and former chief minister N. Chandrababu Naidu. TDP national general secretary Nara Lokesh Babu claimed that, “Chandrababu Naidu did not aim at just being ahead of others but that he wanted to take the state to such a level where others cannot reach easily.”

“It is because he kept driving the officials to work towards achieving this goal that AP has been able to stick to its No. 1 position for a third time in a row,” said TDP leader Amarnath Reddy.

The TDP leaders said that it was the determination of their leader Chandrababu Naidu that helped the state notch the top position in the previous years. However, the next year EoDB ranking will definitely completely reflect the efficiency of the YCP government’s rule under Chief Minister Y.S. Jagan Mohan Reddy.

In the rankings given by the Centre, Uttar Pradesh rose to the second position and Telangana stood in the third position. To give the rankings, as many as 187 parameters were taken into account. The central government and the World Bank jointly did the survey. Users feedback was given 100% weightage this time.

AP stood in the second position in 2015 and then managed to claim the top spot in the subsequent years.

In 2015, Telangana was ranked 13th but it managed to climb to the second position in 2017-18 but this time, it slipped one position and stood in the third position.