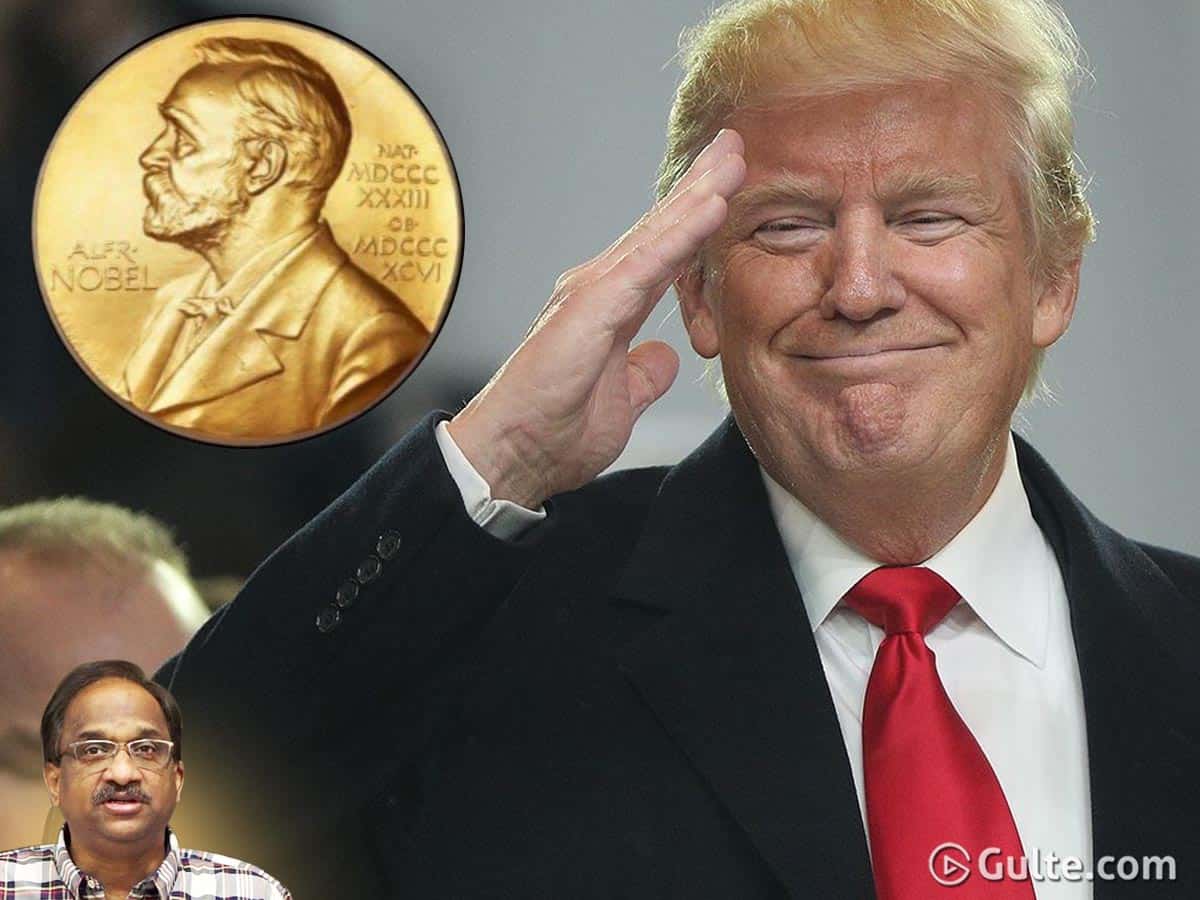 Perhaps aimed at a last-ditch bid to boost the chances of Donald Trump in the November Presidential polls, he was nominated for the Noble peace prize. Given the pro-Western, especially pro-American bias of Nobel prizes, one cannot summarily dismiss such a possibility. But, it will be a travesty of global peace if the maverick President is crowned with such a coveted prize.

Trump jumped into the electoral fray with a slogan of becoming a deal maker. His business backdrop is cited to justify such a portray for Trump in the run-up to the 2016 presidential elections. But, the last four years of Trump in the White House is characterized by deal-breaking. The United States, led by Trump, walked out of the Paris climate deal. He has dismantled the Obama era nuclear agreement with Iran precipitating the belligerent polarization in sensitive West Asia. Continuing sanctions on Iran and North Korea even during the Pandemic are disdainful by humanitarian standards. The much-touted US-China deal came a cropper.

In fact, new frontiers of the conflict opened in Sino-American relations. The Anti-China rhetoric subservient to Candidate Trump’s electoral interests has undermined not only the bilateral relations but even global resolve against Pandemic. The worsening US-China relations have the potential to jeopardize international peace. Notwithstanding the strategic depth of the bilateral ties, President Trump unabashedly threatened India of possible retaliation if it does not lift export curbs on hydroxychloroquine.

Trump’s anti-science utterances have belittled the efforts to tackle the health crisis induced by COVID 19. This compelled 81 Nobel prize winners in Physics, Chemistry, and Medicine to give a public appeal for Trump’s defeat.

His relentless effort to dismantle institutions is evident from his tirade against the World Health Organization (WHO). This is not to legitimize the shortcomings of the world body but destabilizing it without putting in place an alternate institutional framework that too amidst Pandemic, is unbecoming of a global leader.

Never before in history, American global supremacy has been so undermined. The United States, under Trump, has voluntarily given up the American global leadership across the areas ranging from global trade, climate to fight against Pandemic. Thus, Trump led America despite military might, scientific knowledge, economic power, is now the world’s most affected country due to COVID 19.
His policies of America First has weakened the global trading regime. The worst forms of protectionism pursued by Trump is proving to be a death knell to multilateralism.

The facade of the American war on terror is exposed when President Trump brokered a deal with the Taliban in Afghanistan, much to Kabul’s chagrin.

Thus, Trump has no record of furthering the cause of global peace to decorate him with the world’s most prestigious award. If he makes, it will be a travesty of Nobel institution.