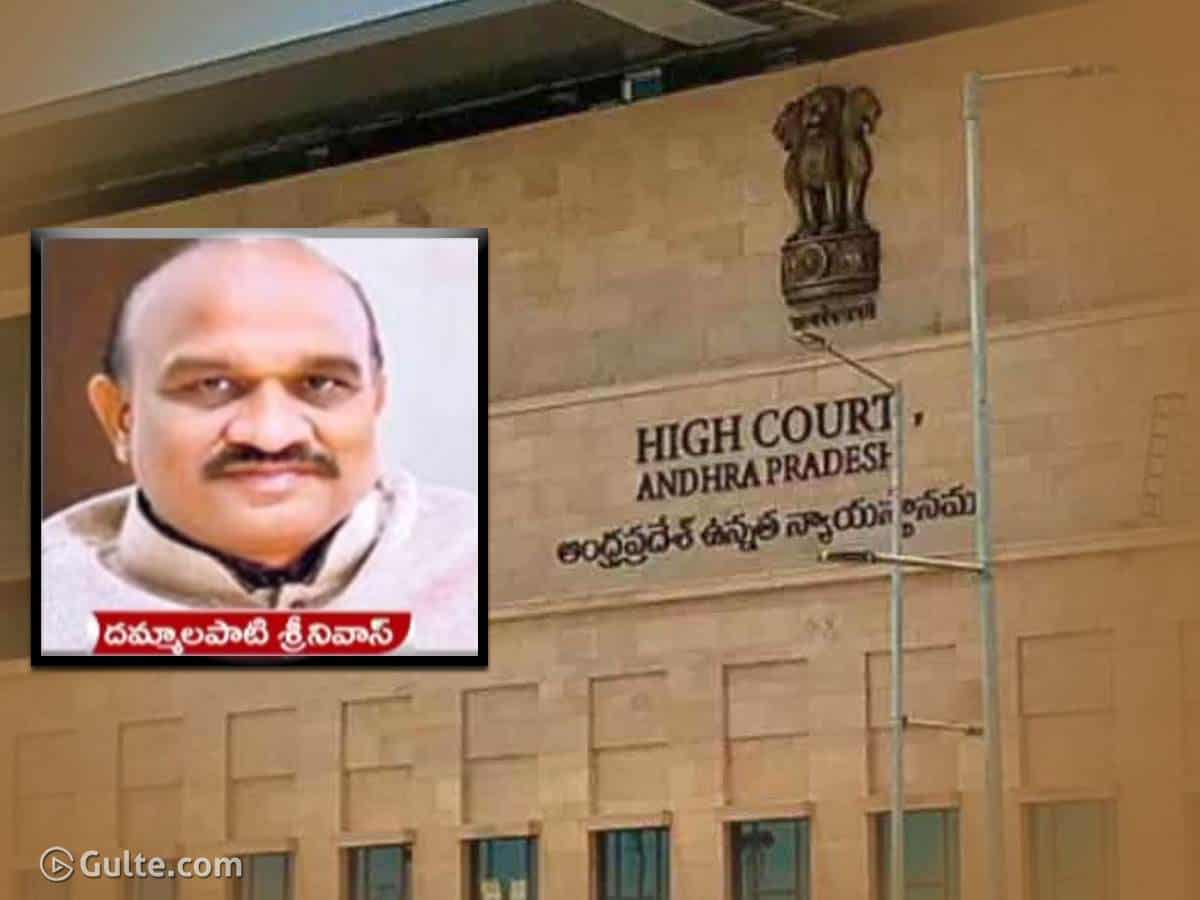 The Andhra Pradesh High Court made it clear that the state government should not take hasty decisions with regard to Anti-Corruption Bureau (ACB) cases filed in connection with the Amaravati land scam. The HC issued stay orders on the interrogation of the accused and the investigation into the FIR filed against former Advocate General Dammalapati Srinivas and 12 others. It also said that the state government should not make public the details of the case through print, electronic and social media.

The hearing on the case relating to the FIR filed against Dammalapati Srinivas, former Additional Advocate General who was elevated as Advocate General in 2016, under the TDP regime, was adjourned to next month.

Responding to this, Dammalapati’s lawyer had immediately filed a petition in the High Court urging that the case should be investigated under the supervision of the court. The court also accepted the petition and told the government that the file relating to the case was with the court.

The petitioner’s advocate said: “For the first time ever in the world, a case has been filed against a former Advocate General, who is a senior advocate. The YCP government is trying to pull the former AG into the political muddle. Dammalapati had discharged his duties and spoke against Chief Minister Y.S. Jagan Mohan Reddy and his government, when asked to present his arguments as an official who had served in a responsible position. For this reason, the CM is targeting the former AG. Even in the Indira Gandhi assassination case, many advocates presented their arguments but no government had initiated any action against them, as part of revenge. The government is trying to muzzle the voice of the advocate by filing the FIR. This is against the democratic principles of the country.”

Further, the petitioners’ advocate asked in what way was buying land in Amaravati a crime. When there was discussion in the media about the possible location of the capital, then in what way is purchasing land at the place a crime, he questioned.

Meanwhile, the Advocate General, who was arguing in favour of the state government, found fault with the Chief Minister being included as one of the appellant parties in the case. He said that there was no need for the CM to get involved in the case.

Hearing to the arguments of both sides, the judge adjourned the hearing to next month and issued stay orders on the FIR filed by the ACB against the former AG and others.