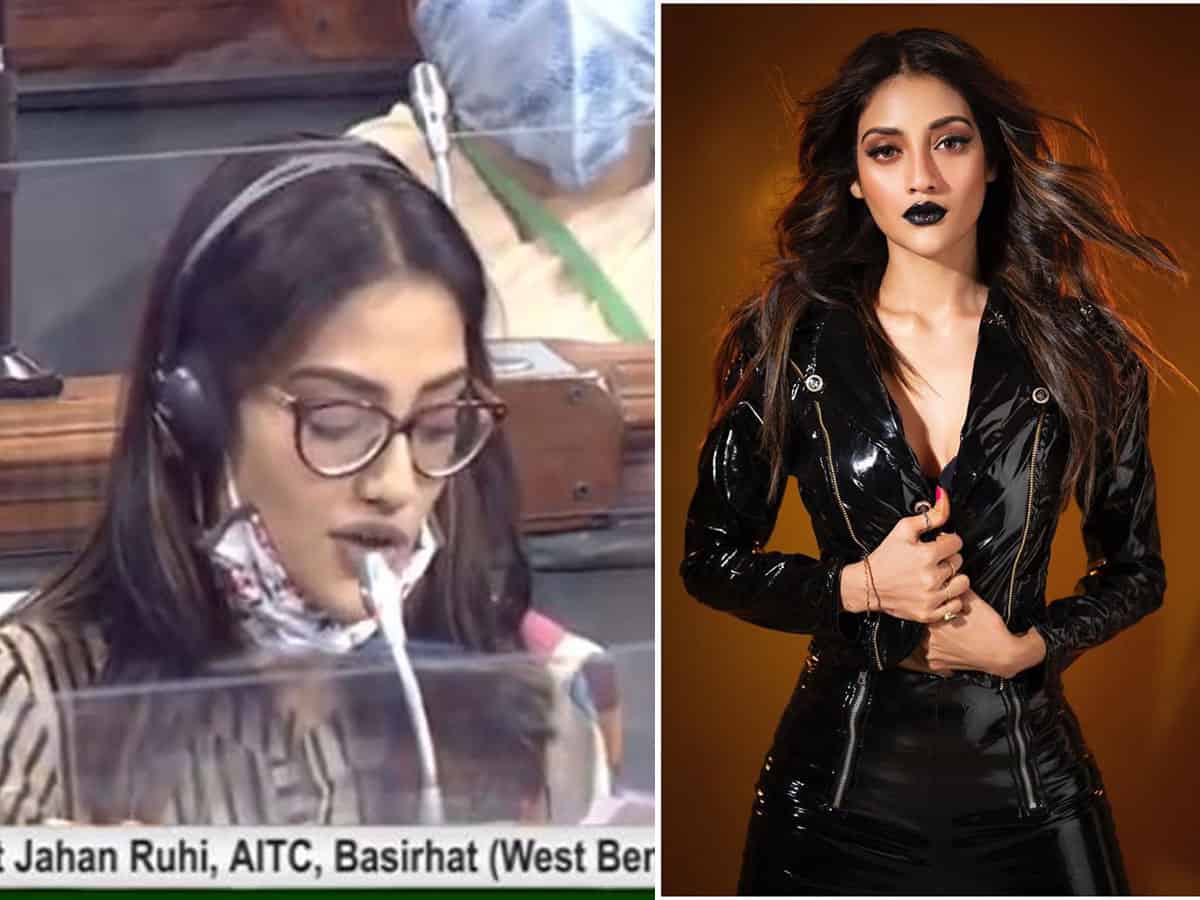 Gone are the times where a politician has to appear only in Khaddar and create a ‘leader’ like an image to the voters who have put them in power and position. These days, youngsters are becoming politicians and party leaders, and their attire is actually in sync with their profession but not with conservative political mindset.

Take the case of TMC MP from West Bengal, heroine Nusrat Jahan, and her multiple shades are surely a shocker for everyone. Today Nusrat attended the first-ever monsoon session of the Loksabha, and her appearance in a designer saree like dress has lots of classic appeals. And at the same time, other day she shared some of her hottest photos on Twitter, flaunting her trendy bralette in a crazy shoot.

Talking about her hot pictures, she says, “Hate me for who I am, I don’t care. At least I’m not pretending to be someone I’m not”.

Back to Loksabha, the actress asked the Government of India to help the Bengal Film Industry with a relief package for the immediate revival of workers and producers as well. She stated that thousands have lost their jobs, and the Centre should act upon it immediately. Well, she happens to be the first Film Star to ask for a relief package for the entertainment industry.

While Nushrat’s hottest looks are inspiring other heroines, her demands should motivate the likes of Kangana Ranaut to save workers rather than shouting on TV debates for their own TRPs and image building.