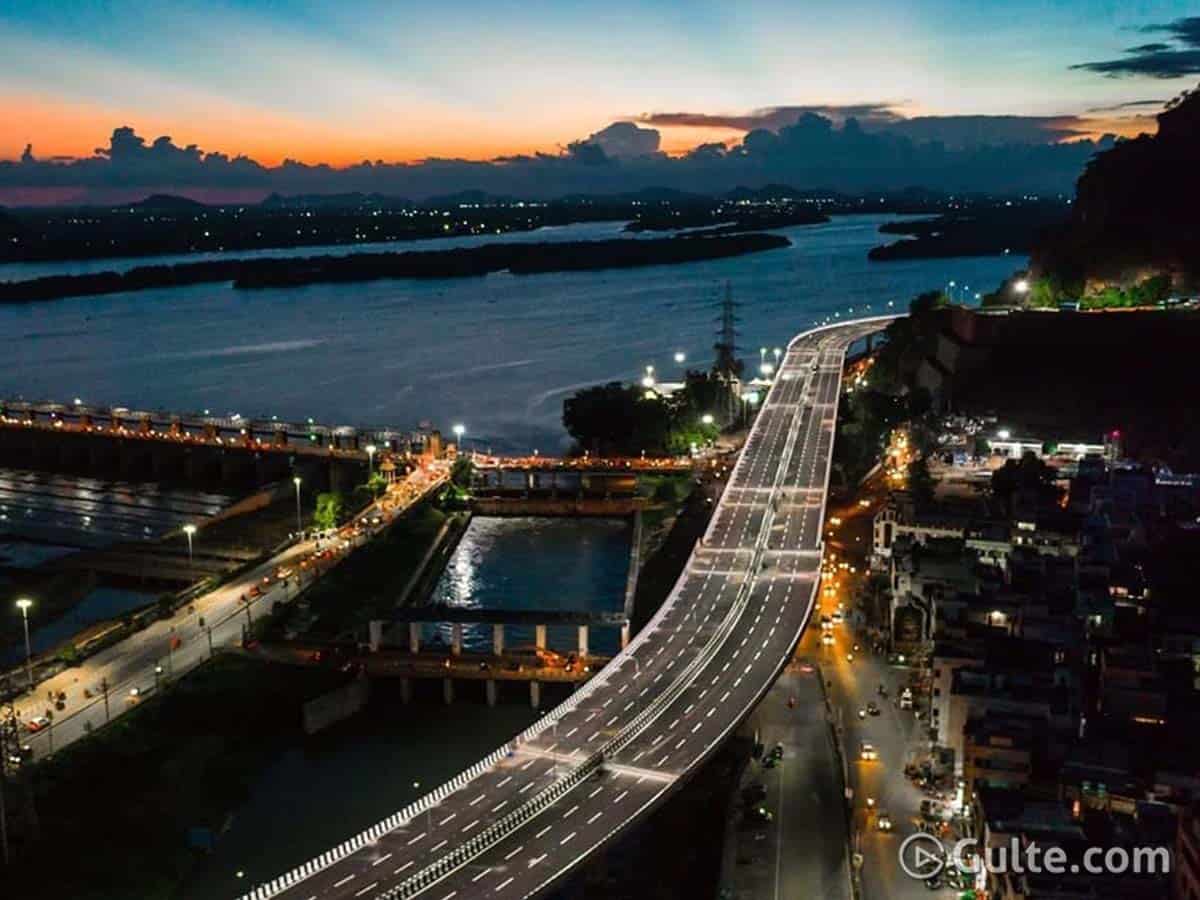 The people of Vijayawada, especially the commuters have waited years for tomorrow i.e, for the grand inauguration of the Kanakadurga Flyover at the temple. After many hurdles and delays, the bridge was on the verge of getting a grand opening and commuters would be allowed to access.

But another hurdle came in the form of Union Minister Nitin Gadkari. The central minister was supposed to grace the opening of this flyover scheduled on September 18th. However, minister Gadkari has tested positive of the virus and is currently undergoing treatment.

So the government has called off the event. But in a good news in this bad time, Vijayawada MP Kesineni Nani tweeted that the moment of vehicles will be allowed from tomorrow.

The 2.3 km-long flyover was built at an estimated cost of Rs 447 crore. It was sanctioned by the TDP government in 2014 and one year later, the foundation stone was laid by Nitin Gadkari himself.