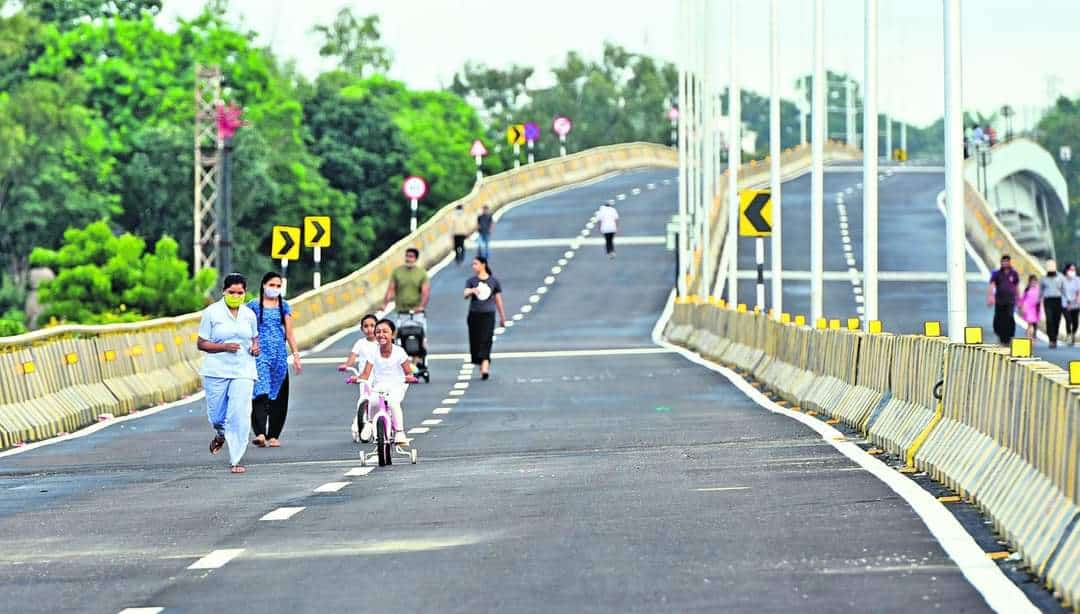 The people of Hyderabad are eagerly waiting for the inauguration of the engineering marvel ‘Cable Bridge’ near Inorbit mall. Initially the scheduled date was on September 19th (today) but there is no sound from GHMC or IT minister KT Rama Rao.

Post lunch hour, the GHMC sources confirmed that the cable bridge inauguration is postponed and no date is finalised so far. The source further added that the date will be locked in the next two days.

Hyderabad is witnessing heavy rainfall in the last few days and so the GHMC might have postponed the inauguration citing this. The rains are expected till September 21st and so GHMC wants to take some more time to lock the date. Also the municipal corporation has declined to allow traffic moment before inauguration.

Nonetheless, the people are flocking at the bridge in large numbers every day. The boat ride at Durgam Cheruvu gained momentum and no doubt it will be a major spot for people once it is opened.