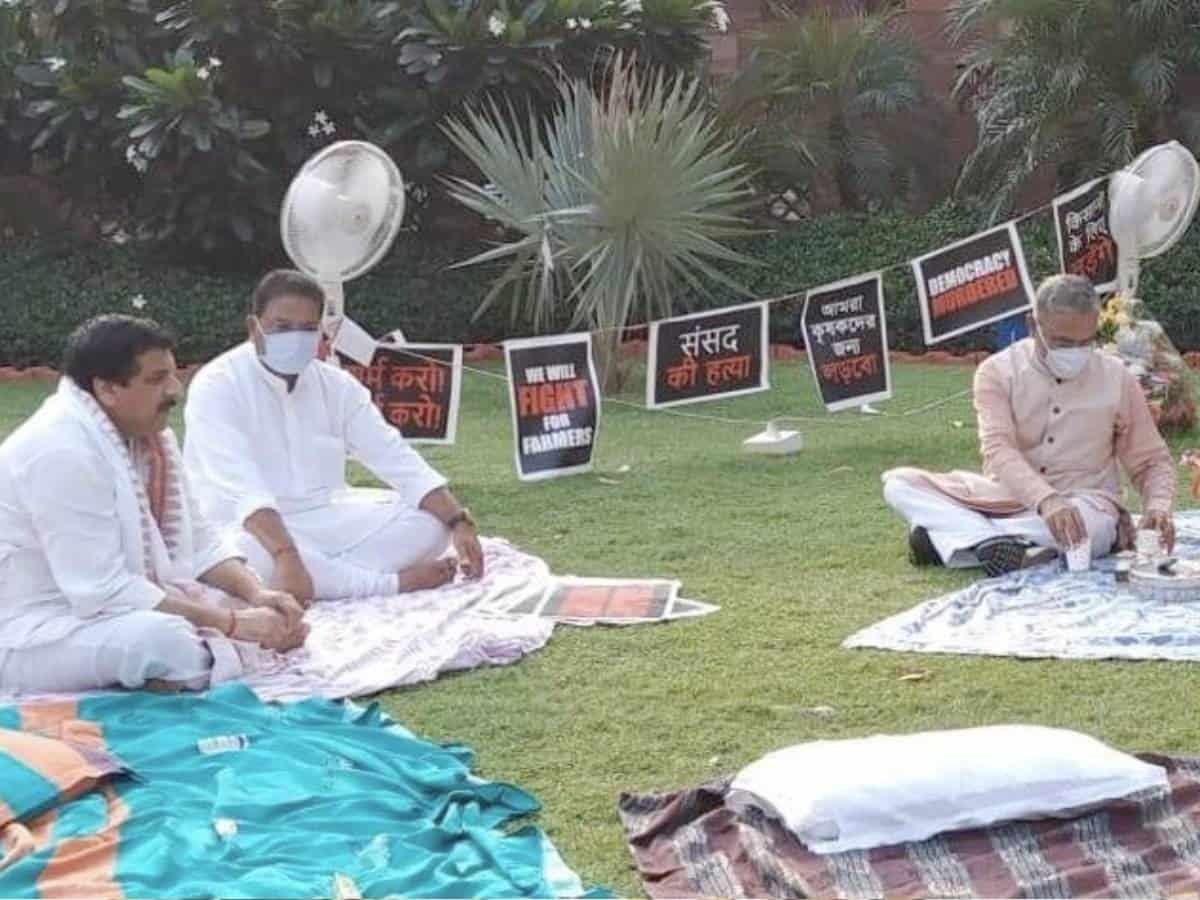 Rajya Sabha deputy Speaker Harivansh Narayan Singh was at the receiving end on Sunday when the Farm Bill was placed in the Upper House. The opposition MPs stormed at the Speaker’s chamber and broke the mic. MPs even tried to attack the Speaker but the security resisted it.

Subsequently the MPs who created ruckus were suspended from the Rajya Sabha for a week by Speaker Venkaiah Naidu. However, the suspended MPs were protesting at the premises of Parliament since yesterday and they spent the whole Monday night at the lawn. On Tuesday morning, they were greeted by the deputy speaker Harivansh Narayan Singh himself and also served tea.

PM Narendra Modi liked what the deputy Speaker did. “To personally serve tea to those who attacked and insulted him a few days ago as well as those sitting on Dharna shows that Shri Harivansh Ji has been blessed with a humble mind and a big heart. It shows his greatness. I join the people of India in congratulating Harivansh Ji,” tweeted PM Modi.

The pictures and video of Harivansh serving tea to the suspended MPs is going viral on the internet. Yet the situation doesn’t change in the Rajya Sabha. The oppositions have boycotted the Parliament sessions and demanded to revoke the suspension of MPs.