How Did Rajya Sabha Pass Farm Bills Though NDA Has No Majority? 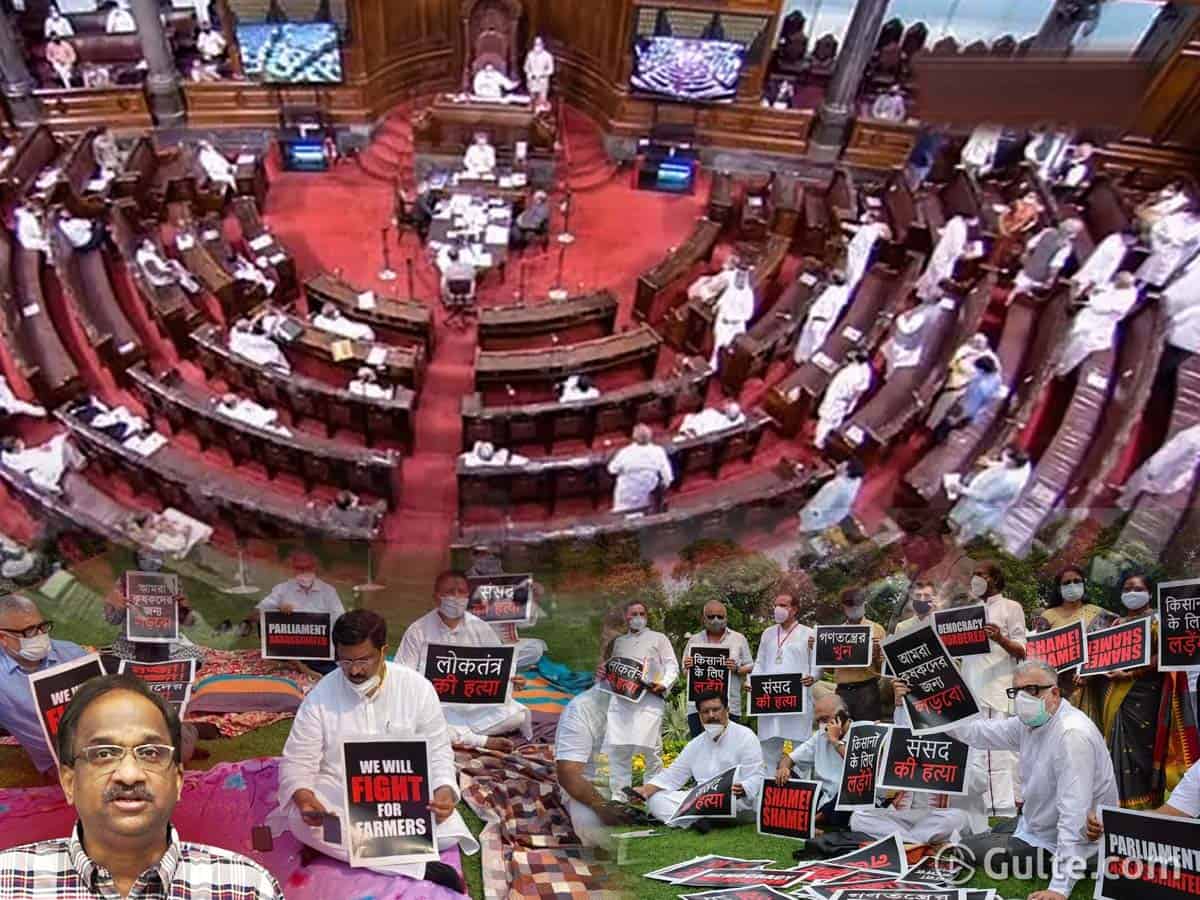 The Rajya Sabha passed the controversial farm bills, though the ruling BJP led National Democratic Alliance has no clear majority in the upper house. At the outset, agriculture is a state subject and Parliament enacting laws bypassing state legislatures is a travesty of constitutional provisions.

Earlier, too, the BJP managed to get the Rajya Sabha nod for its controversial bills despite numbers not in favor of it. It was through adroit political management or backdoor diplomacy to win the opposition parties to its side.

The pusillanimous regional parties conveniently switched sides for the reasons better known to them, resulting in bills getting approved despite lack of majority for the ruling combine. However, this is politically unethical, but can’t be construed as flouting of norms.

Now comes the deployment of skullduggery to ensure the passage of the much-opposed bills. The NDA’s tally in Rajya Sabha is much less than the halfway mark. The BJP’s allies in the ruling NDA, like Shiromani Akali Dal, ADMK, clearly opposed the bills.

The trojan horse Biju Janata Dal has also demanded the bill be referred to a select committee. The support of all-weather undeclared allies like the YSR Congress was insufficient to manufacture Rajya Sabha’s approval.

Given this political arithmetic in the upper house, the ruling party adopted dubious means to push through the bills. Unfortunately, the office of deputy speaker was pressed into service to accomplish this task. As per the rules of the business of the house, any member has a right to demand division, which means voting in parliamentary jargon.

The constitution also clearly states that all questions in the house should be decided by voting only. But the deputy chairman refused to take up voting on the pretext that there is no order in the house. The disorder in the house was a result of the chair’s denial to conduct voting.

Voting takes place in the house even when the outcome is predictable. This is essentially aimed at establishing the position of different political parties on a given question. But, the provision of voice vote was employed in a dubious manner. The Parliament has a privilege to conduct its affairs.