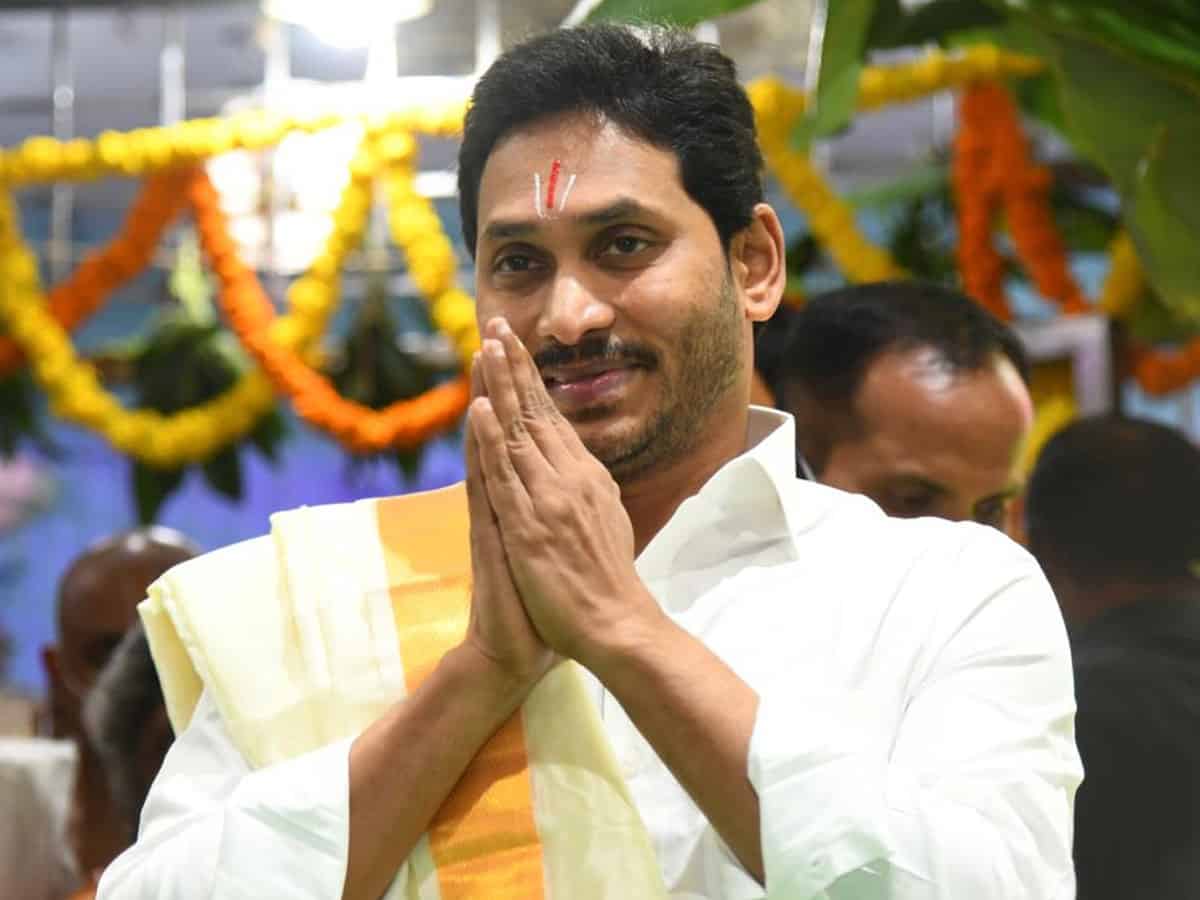 Amid the controversial debates and arguments on Tirumla declarations, AP CM YS Jagan unveiled the 2021 TTD calendars and diaries on Wednesday night at Ranganayakula Mandapam in Tirumala Srivali Temple. The CM YS Jagan was invited for the fifth day of ongoing Srivali Annual Brahmotsavams at Tirumala.

Before unveiling the calendars and diaries, YS Jagan offered the Pattu vastras to Srivaru and later participated in garudaseva.

It is already known that YSRC Minister Kodali Nani has got into controversy earlier with his statements on Tirumala declarations and later when he dragged PM Narendra Modi’s name into it. Today before YS Jagan visited Tirumala, the YSRC ministers declared that CM YS Jagan is beyond religions, castes, and regions, so he need not sign on any declaration.

The YSRC ministers further said that CM Jagan was invited by TTD and alleged that BJP and TDP are trying to make it a controversy so to gain political advantage.