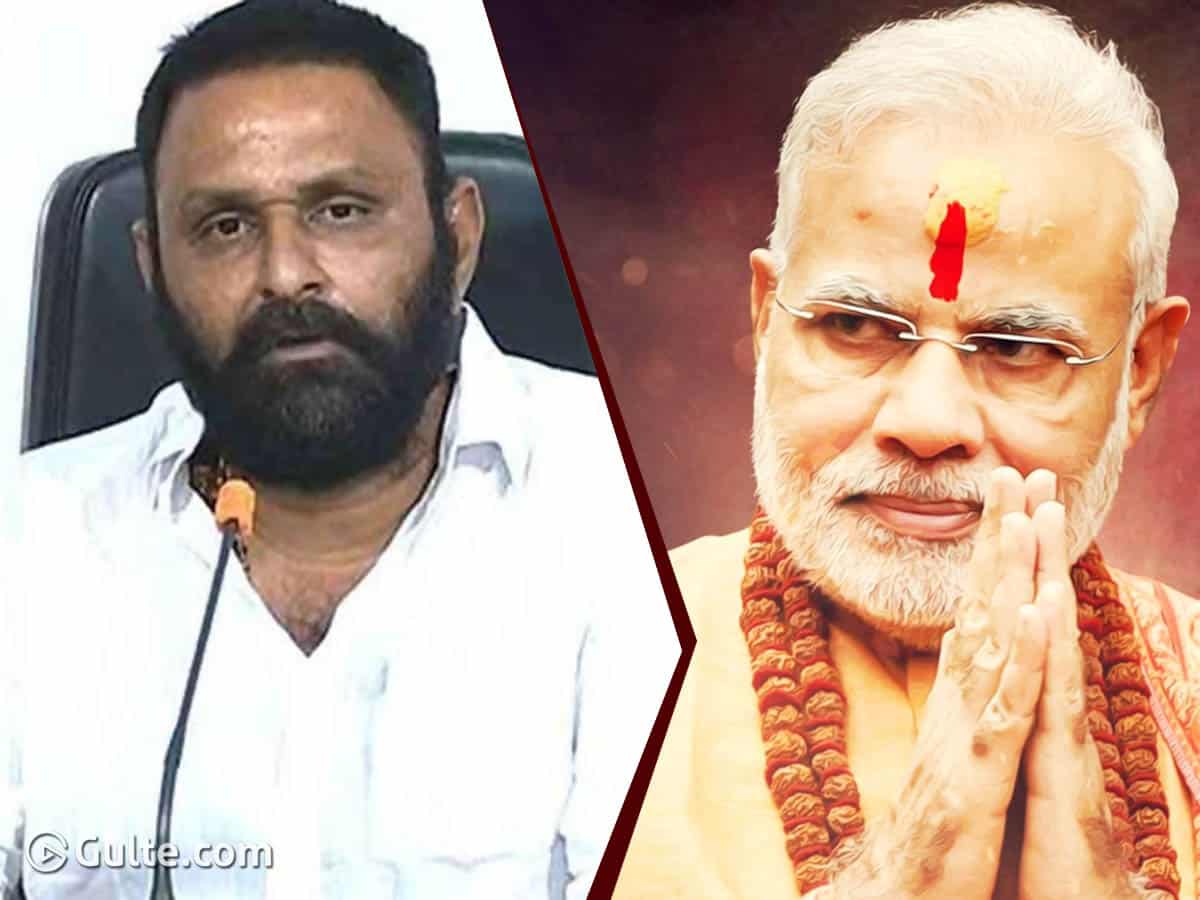 Yesterday AP minister Kodali Nani made controversial comments on Prime Minister Narendra Modi and his wife. In the declaration row, Nani questioned why PM Modi and UP CM Yogi attended the Ram Mandir alone and why did not the PM bring his wife?

These comments did not go down well with the BJP and the saffron party staged a protest in Vijayawada today. The BJP leaders demanded an apology from Kodali Nani immediately, if not warned of severe consequences.

Till now Kodali did not respond to BJP leaders’ protest while chief advisor to AP CM, Sajjala Ramakrishna Reddy has responded on this. Finding fault with Kodali’s comments, Sajjala said, “Such comments on people who are in high constitutional positions, are inappropriate. But Kodali’s comments are completely his personal and neither the government nor YSRCP has anything to do with.”

Further Sajjala added that he has no clue why such aggressive comments were made. But it’s the oppositions who are provoking our ministers and party leaders. Nevertheless, any politician should not cross the line while speaking in public domain. By now Kodali might have realised his mistake and hopefully he will come out of this.