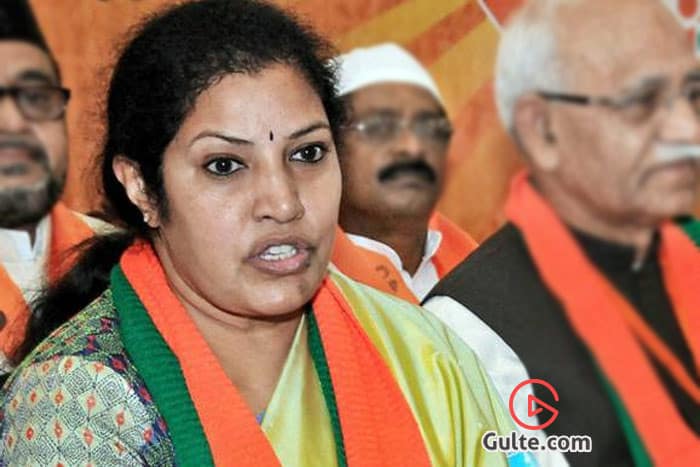 Probably for the first time, the Telugu Desam Party (TDP) leaders are happy with their party founder N.T. Rama Rao’s daughter and BJP leader Daggubati Purandeswari who was elevated as the party national general secretary four days ago.

They are happy that Purnadeswari, after being elevated as a national leader, had made a categorical statement that Amaravati would continue to be the capital of Andhra Pradesh and that the BJP had already passed a resolution regarding the same.

These statements have gained much significance in the wake of the central government submitting affidavits in the High Court that it has no role in deciding the location and the number of capitals of any state. These affidavits have created unrest among the Amaravati farmers.

The TDP leaders, along with the Amaravati farmers, have been fighting tooth and nail against the proposal to shift the capital to Vizag from Amaravati for more than 250 days now.

Meanwhile, Purandeswari’s statement seems to have not gone down well with the YCP and immediately, the party MP in Rajya Sabha V. Vijayasai Reddy tried to attribute caste factor to her statements and tweeted, “The interview given by Purandeswari to a vernacular TV channel revealed whether she was a national leader (jaatiya nayakuralo) or a caste leader (jaati nayakuralo).”

There were many instances when the TDP leaders faulted BJP leader Purandeswari for her anti-TDP remarks when their party was in alliance with the BJP-led NDA at the Centre. The TDP leaders sparred with Purandeswari over the meagre funds being sanctioned to AP despite the BJP making promise of providing sufficient financial aid to the fledgling state. The TDP leaders faulted her for slamming the TDP government for depending heavily on funds from the Centre. With the war of words reaching a peak, the TDP even snapped ties with the BJP and put the blame for it on Purandeswari.

Meanwhile, the unsavoury comments by Vijayasai Reddy, an MP in the Rajya Sabha, which is considered as the House of Elders, are being faulted by political observers. Just because she had spoken in favour of Amaravati, it is not fair to attribute caste motives to her, they said.

These comments raised a political debate that politics in Andhra Pradesh had swooped to an abysmal level where dissidents or detractors are being linked to an upper caste and criticised in a very harsh language or that their statements are being linked to ulterior motives.