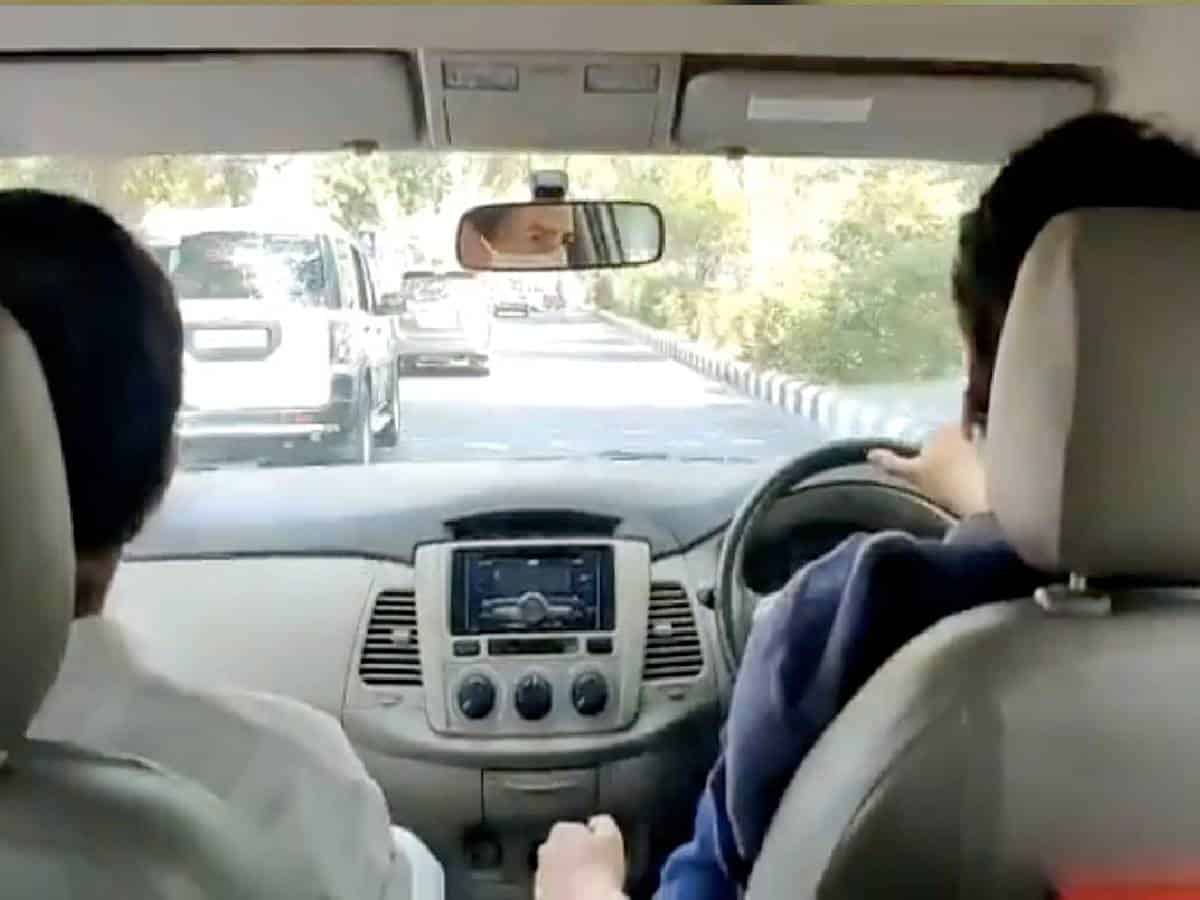 The Congress party is no mood to settle in the Hathras rape protest. The party’s main leaders Rahul Gandhi and Priyanka Gandhi have made many attempts to meet the family members of the victim. But the police have denied them entry into Hathras. On Saturday, Rahul and Priyanka along with 50 MPs reached the border of Hathras.

Yet again the police denied permission for the visit as section 144 was placed in the region. But RaGa and Priyanka were in no mood to go back and after a long wait, the police allowed but gave permission only for seven members.

Rahul and Priyanka Gandhi were assisted by five MPs. But the interesting bit here, it’s Priyanka Gandhi who was driving the car all the way from Delhi while RaGa is seen in the captain seat. Priyanka drove the silver coloured Toyota Innova and Rahul is seen sitting next to her with a mask. That’s something no one has seen so far. Shashi Tharoor was also one of the MPs.

Meanwhile the victim’s family made a sensational claim that they have no clue whether the corpse burnt by the police belongs to their daughter’s.

It’s high time that the court should take over the case because the UP government appears to be doing nothing apart from imposing restrictions on protests.