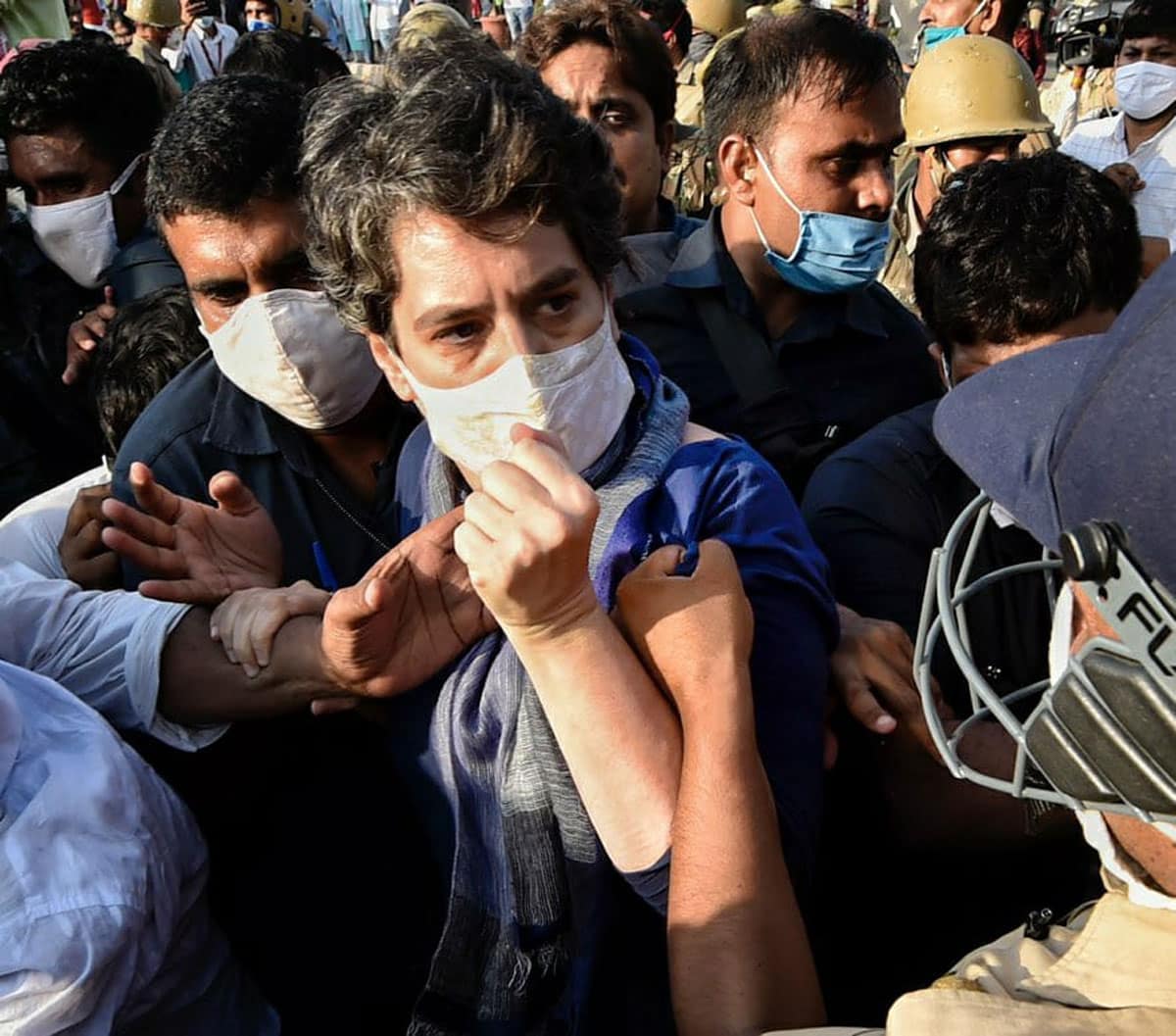 Hathras incident triggered a major outrage across the country. While the incident and the cremation of the victim are making the people in the country angrier, the acts of UP police are getting weirder and barbarous each day.

A picture is going viral where the policeman grabs the lapel of Priyanka Gandhi’s dress during the Congress leader tried to reach Hathras along with many other supporters. The people on the internet have been expressing their anger and anguish on the way the policeman treated a woman leader by catching her dress. They are asking if this is happening to a national leader, what happens to a common woman in the state of UP?

Priyanka Gandhi even went ahead to save many Congress workers from being crushed by the lathi charge of the police. The police tried to barricade the congress leaders and the other day we have seen how Rahul Gandhi was pushed down and detained.

Two more powerful pictures of Priyanka Gandhi have gone viral with this one, where she is seen pushing the batons of the police in the same lathi charge and the other one is her hugging the victim’s mother.

Priyanka and Rahul arrived in Hathras by the evening to meet the family members of the victim. They consoled the victim’s mother and said they will fight until justice is served.

The UP Government handed over the case to CBI.