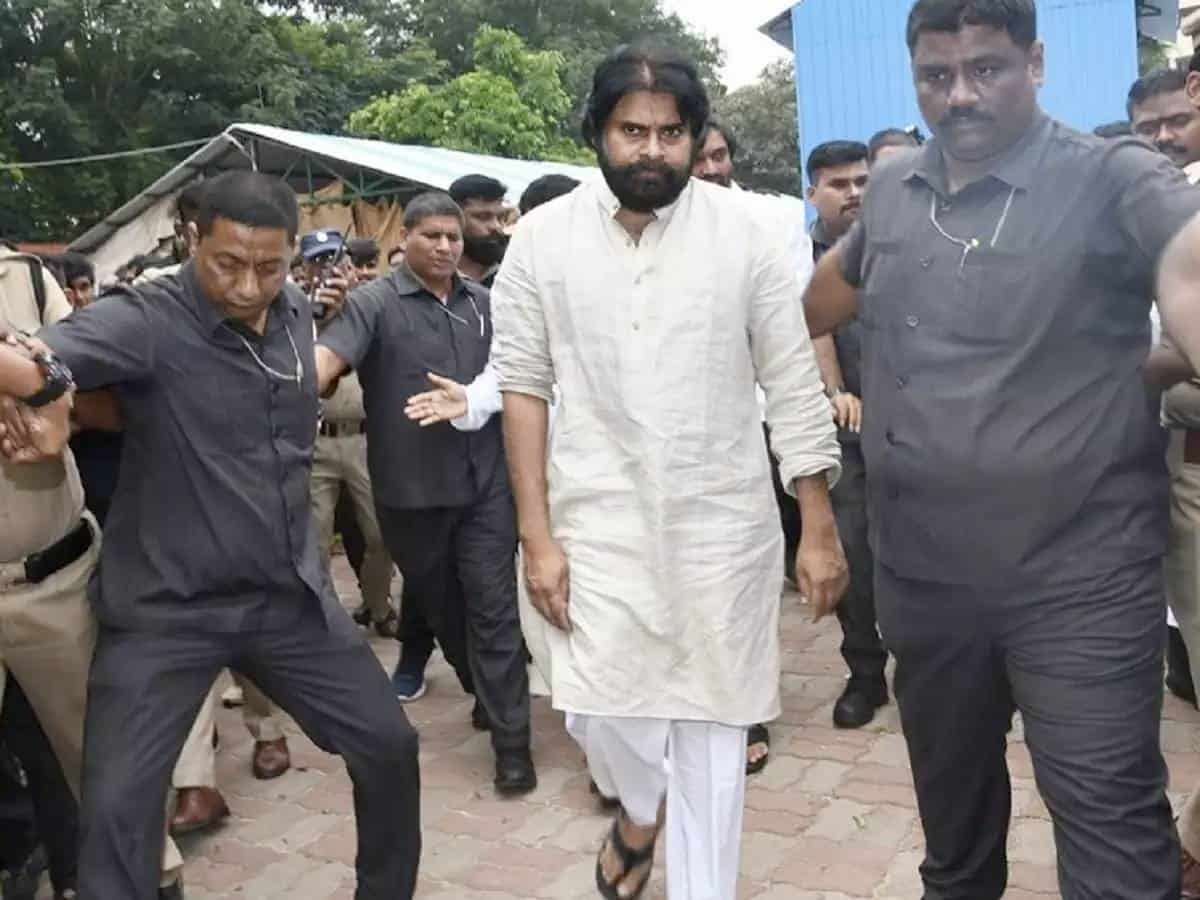 A rumour about Pawan Kalyan’s security has spread like wildfire. Buzz in some sections of media and social media had it that Pawan Kalyan was accorded Z-category security by the Centre. It was rumoured that Pawan was granted high-level security following his criticism and fight against the state government. This rumour has worried Pawan’s fans and Janasena party followers as they were worried why Pawan was granted security and what threat he was under.

However, responding to these rumours, Janasena Party has issued a statement. It quashed all the rumours about Pawan getting Z-level security. It said neither the Centre granted nor Pawan approached for high-cadre security. The statement said there was no such proposal and hence called them baseless rumours. “Some with vested interests are wantedly making such propaganda against Janasena Party president Pawan Kalyan. Don’t believe in such propaganda,” said the Janasena Party office in the statement. It asked the party leaders and workers to not worry.

It can be noted YSRCP MP Raghurama Krishna Raju has got Y-category security as there are tensions between him and his party leaders. Bollywood actress Kangana Ranaut was granted Y-level security after her fight with the Maharashtra state government.

Of late, Pawan Kalyan has been raising his strong voice against Jagan’s administration over Antarvedi Chariot burning incident and idols vandalisation incidents. He had demanded for a CBI inquiry into Antarvedi incident and ensured that the state government handed over the case to the CBI. Pawan along with BJP’s support had called for Dharma Porata Diksha.