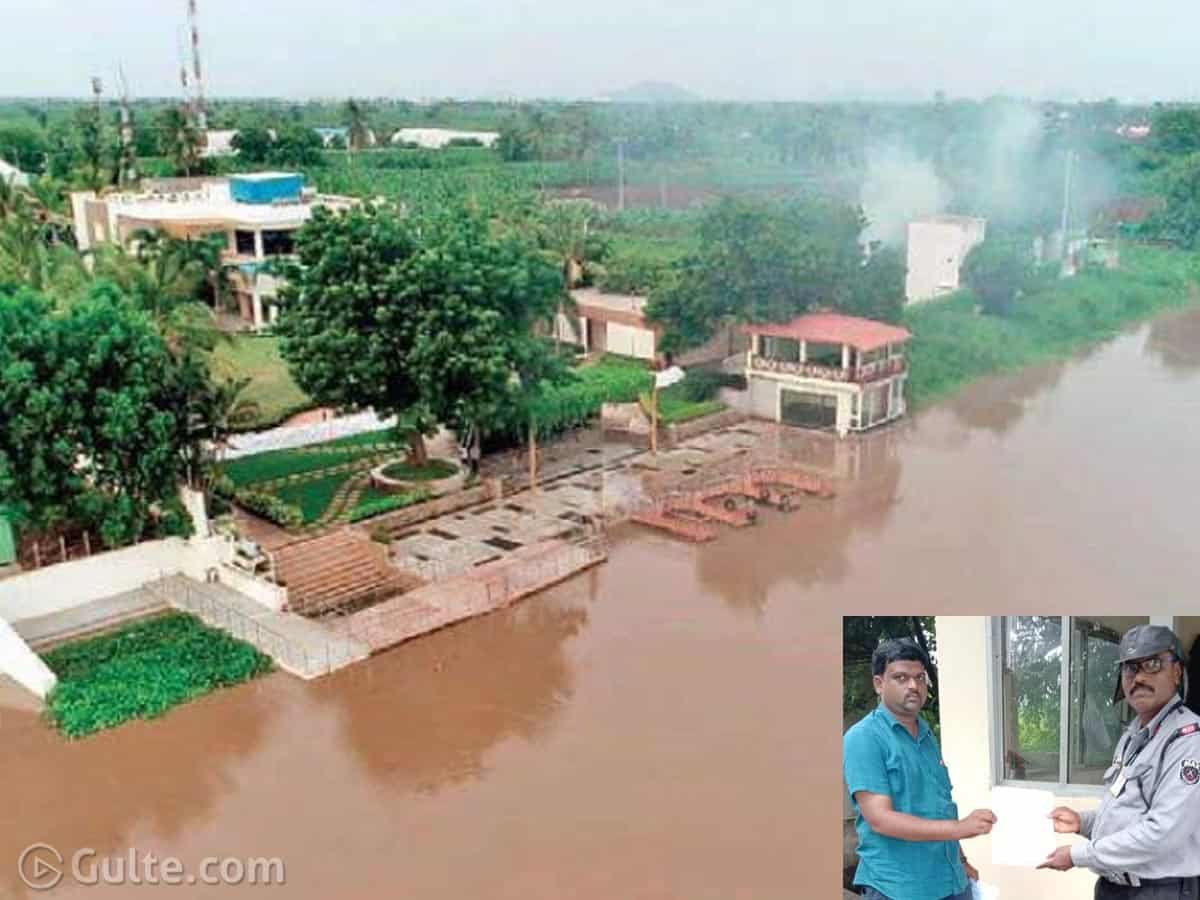 After taking charge as CM, YS Jagan had his eyes set on the illegal constructions at Karikatta. Subsequently the Praja Vedika was demolished and then the focus was on Lingamaneni guest house in which TDP chief Chandrababu Naidu is residing.

In the last 16 months, the revenue department of Vijayawada has served notices to the Lingamaneni guest house that it is an illegal construction and should be vacated. But so far the YCP government has not taken any action.

Yet again, the notices were served to this place but this time in view of heavy rains in the state. The Krishna river is flowing dangerously and so the officials are on high alert. Accordingly the low lying areas are being carefully watched and the officials estimate that around six lakh cusecs of water is likely to reach Karikatta. So notices were served to all the 36 illegal constructions at Karikatta.

Not just in Vijayawada, the situation of rains is worse in Uttarandhra. For another two more days, heavy to very heavy rainfalls are likely to be reported.