Juniors Vs Seniors: That’s The Difference Between TDP & YCP 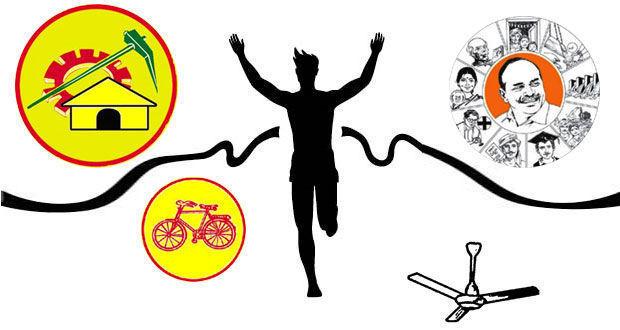 Internal bickerings are an integral part of any political party. In Andhra Pradesh, the ruling YCP and the Opposition TDP are reeling under rampant dissidence among the cadre. While some leaders keep cribbing that they were not given due recognition for their services, a few others keep complaining that their rivals had prevented them from reaching their targets. Some lament that the party leadership is caring a hoot to their grievances.

However, age factor seems to be setting the dissidents apart in both the parties. In the YCP, it is the seniors who are grumbling while in the TDP, it is the juniors. The rebels in both these parties are fuming at their party leadership for not considering their opinions and ideas while taking important decisions. The dissatisfaction among the leaders is affecting the party prospects and at the same time, as the leaders are sparring with each other, they too seem to be not having any say in their constituencies.

In the YCP, the juniors seem to be ruling the roost with the young and dynamic leaders occupying many prime positions, in tune with their party president and Chief Minister Y. S. Jagan Mohan Reddy. The seniors are trying to make the next generation leaders understand that their wisdom would help in dealing with even the worst crises but the juniors seem to be caring a damn to the advice of the veterans. This situation is being witnessed in more than 50 constituencies, including Chilakaluripeta in Guntur district, Vijayawada East, Palamaner in Chittoor district. There are reports that the juniors are neglecting the seniors. Further, the juniors are also ensuring that all the powers, posts and decisions should be in their purview. There is criticism that even those leaders who had been associated with the party since its inception and strived for its development are being neglected.

However, the party leadership is making a completely different argument in this issue. Party veterans would be given importance as and when the situation demands, it says. As of now, the people are preferring young and energetic leaders and hence, they are being made the face of the party. This argument is being opposed and criticised by a few party leaders who say that it is not fair to neglect those who had worked for the party.

Now, coming to the TDP, its president and former CM N. Chandrababu Naidu announced that fresh blood would be infused into the party. He even announced that 33 per cent of posts would be given to youngsters and even stood by his word during the declaration of party in-charges for LS constituencies.

Significantly, the party is facing a different problem. Those nominated in the in-charge positions are complaining that veterans in the party are not allowing them to take decisions independently and poking their nose into every trivial issue. At present, the TDP is a political outfit which has more number of heirs as leaders. They would certainly be an asset to the party in the future but now, the seniors are reportedly not allowing them to function on their own.

Moreover, there is buzz that even the media, which are favourable to the yellow party, is also being managed by the seniors. In the TDP, the juniors are a forlorn lot. Political observers say that this could be the probable reason for seeing the same old TD leaders shouting on the TV screens and even on the social media.

They suggest that young leaders should be encouraged if the party leadership has plans to give prominence to them.