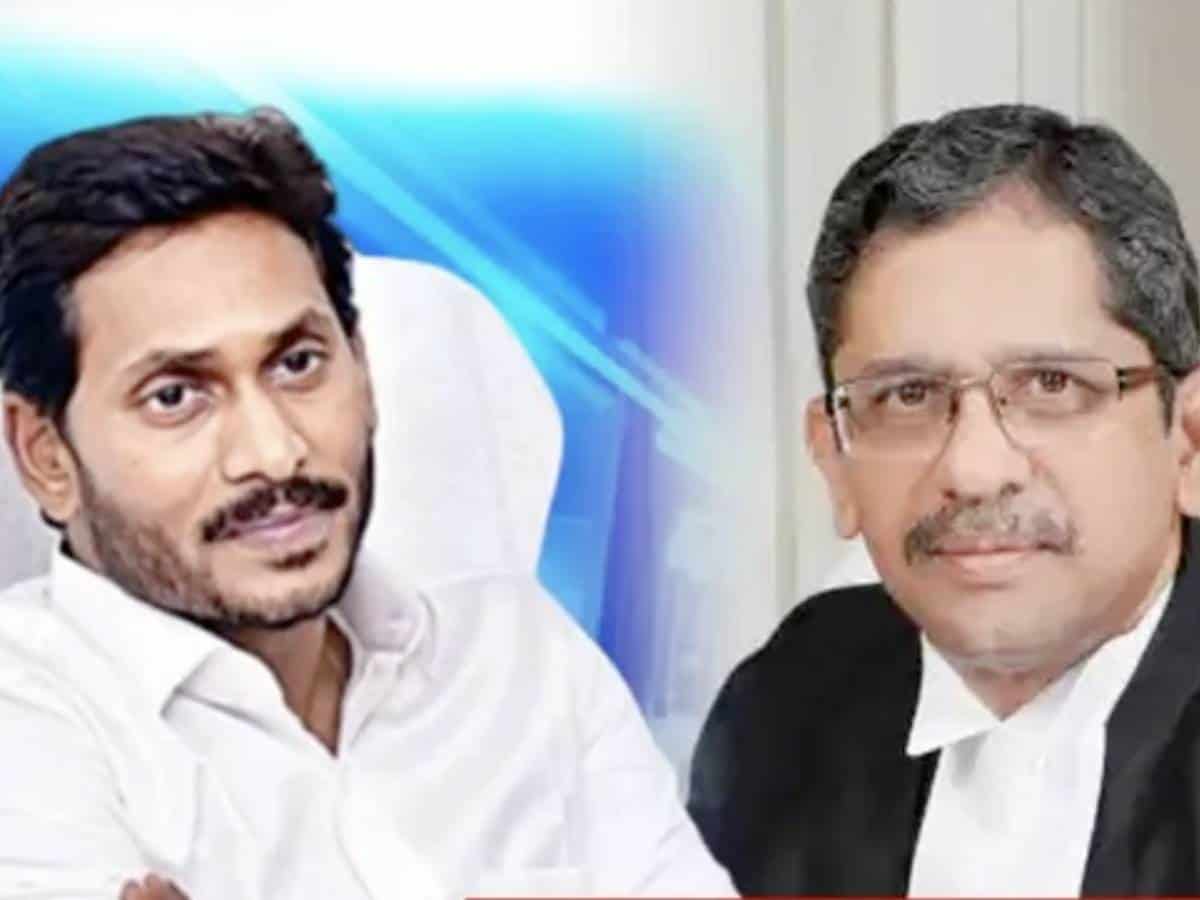 Supreme Court’s Justice NV Ramana, who is the front-runner in the race to be the next Chief Justice of India, has made his first speech nearly a week after AP CM YS Jaganmohan Reddy levelled serious accusations on him. In his letter to the CJI SA Bobde, Jagan alleged that Justice NV Ramana “has been influencing the sittings of the (Andhra Pradesh) High Court including the roster of few Honourable Judges”. In this background, Justice Ramana’s comments at the virtual condolence meeting of Supreme Court’s former justice AR Lakshmanan became highly significant.

In his keynote speech yesterday, Justice NV Ramana said that the greatest strength of the judiciary is the faith of the people in it and that faith, confidence and acceptability cannot be commanded and they have to be earned. He said Judges should hold principles and should act fearless. He also said that Judges should withstand pressure and odds. He asked Judges to be free and independent in their judgements. “A vibrant and independent judiciary is required in the present times,” said NV Ramana. Ramana spoke of qualities and values of judges.

“There are innumerable qualities that a person needs to live what can be called a good life: humility, patience, kindness, a strong work ethic and the enthusiasm to constantly learn and improve oneself,” said Justice Ramana. He also cited Lord Rama and what a saint said about Rama. “So people worship Rama not because of the success in his life, but for the gracefulness with which he conducted the most difficult moments. That is what is valued; that is the highest value in one’s life. It is not the question of how much you have, what you did, what happened or what did not happen. Whatever happened, how did you conduct yourself? That is what determines the quality of who you are,” Ramana said.

It can be noted that Justice Ramana, who is heading a bench, has ordered proceedings against AP CM YS Jaganmohan Reddy on October 9th in a Disproportionate Assets case in the CBI Special Court, Hyderabad. The very next day, Ajeya Kallam, AP government’s Principal Advisor, called for a press conference and revealed CM Jagan’s letter to the CJI against NV Ramana. This has created a rift between legislature and judiciary.