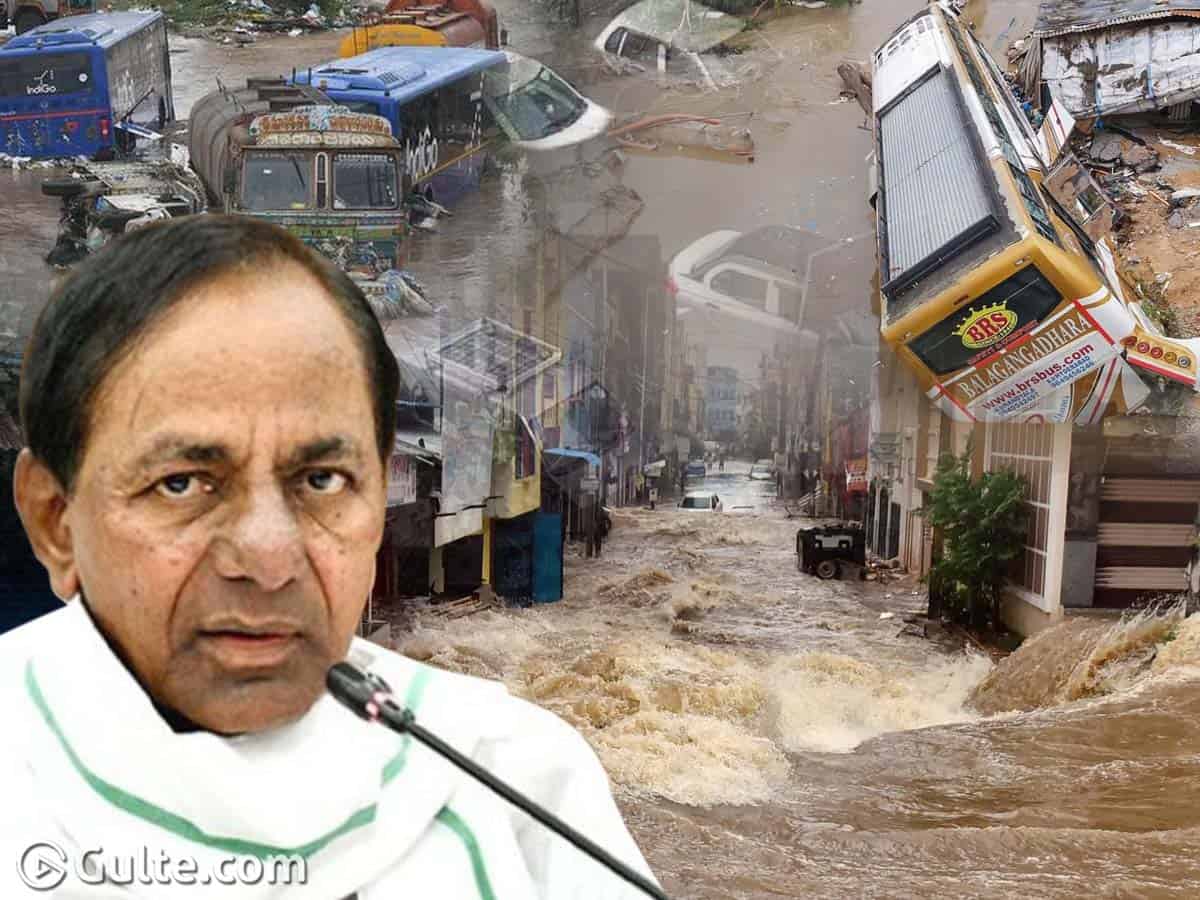 Telangana Chief Minister K. Chandrashekar Rao announced that the government would provide financial aid to families affected due to flash floods in Hyderabad. Each family whose house was inundated in the floods would be given Rs 10,000, he declared. The distribution of relief would begin from Tuesday, he said.

KCR directed the finance department to release Rs 550 crore to the municipal department for the purpose.

He said, “Hyderabad received the heaviest rainfall in the last 100 years due to the recent low-pressure system. The poor and destitute in low-lying areas and slums suffered a lot due to the flash floods. Providing relief to them is government’s primary duty. Hence, we have decided to extend financial assistance to them.”

He directed the collectors of Hyderabad, Rangareddy and Medchal in the Greater Hyderabad limits to quickly get into action and provide relief to the flood-affected from Tuesday morning. He asked Chief Secretary Somesh Kumar to form 200-250 teams, send them to all the affected areas and supervise the relief activities.

He also directed the ministers, legislators, corporators, Mayor and Deputy Mayor to become partners in the relief activities. He made it clear that the TRS government was ready to provide financial aid to all the flood-affected even if their number is in lakhs. He asked the elected representatives to swing into action, identify the affected families and ensure that the officials provided aid to each of the families.

He called upon the TRS leaders and functionaries to go the people in the colonies inundated in the floods and ensure that relief activities reached them.

He also lauded the Government of Telangana for handing over ex gratia cheques within 48 hours to families who lost their near ones in the flash foods. “It is rare that state governments act so quickly in granting relief.”