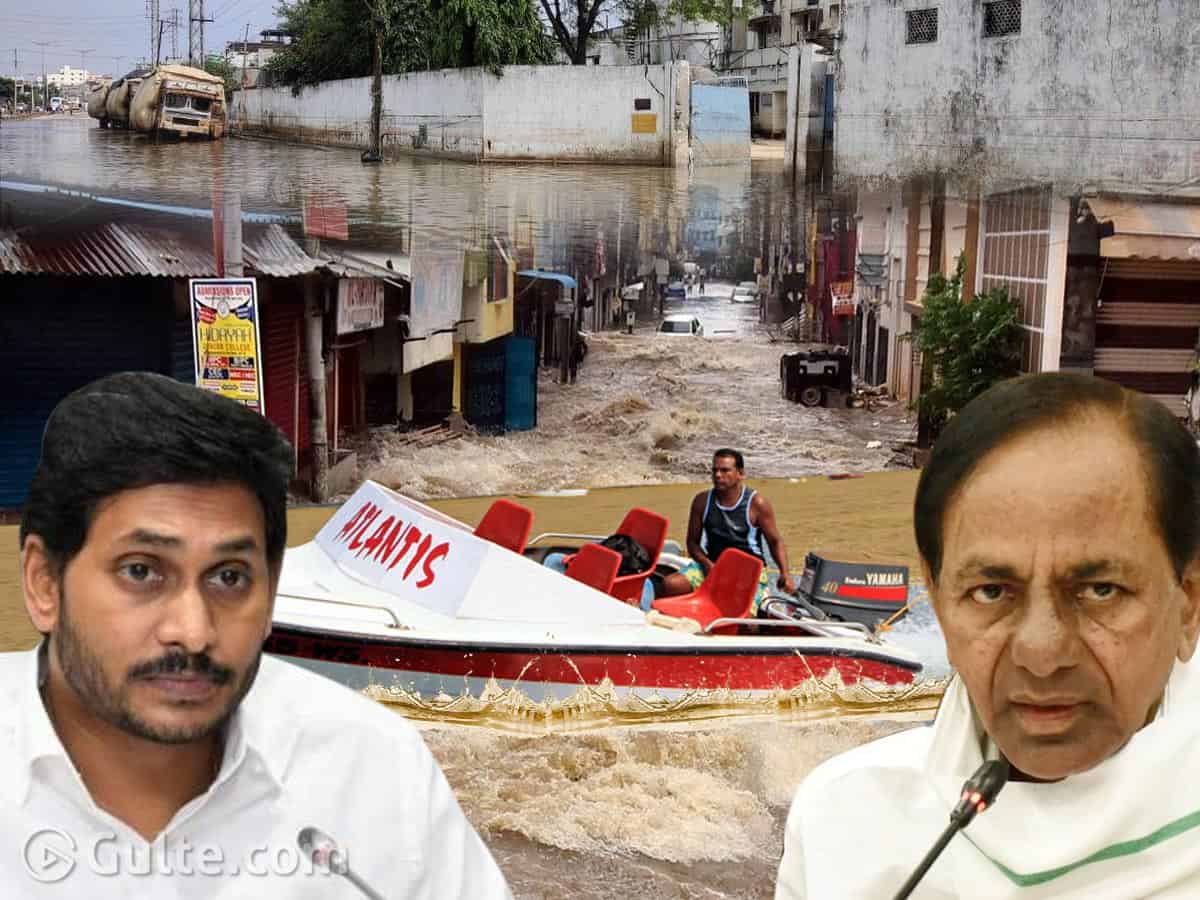 Following a severe rainfall alert from the weather department due to a low-pressure formed over North-east and Northern central Arabia sea, the Telangana government has alerted the officials and upped the preventive measures. After the recent incessant rains that resulted in floods and killed over 50 people, the Telangana state government is ensuring the rescue and relief measures in place. It is planning to shift the people in low-lying areas to safe zones. As part of it, Telangana CMO has requested the AP state government for boats.

After differences broke out between CM KCR and AP CM YS Jagan during the Apex Council meeting over Krishna river water sharing, this move of helping Telangana in this crisis is expected to cool CM KCR to an extent.