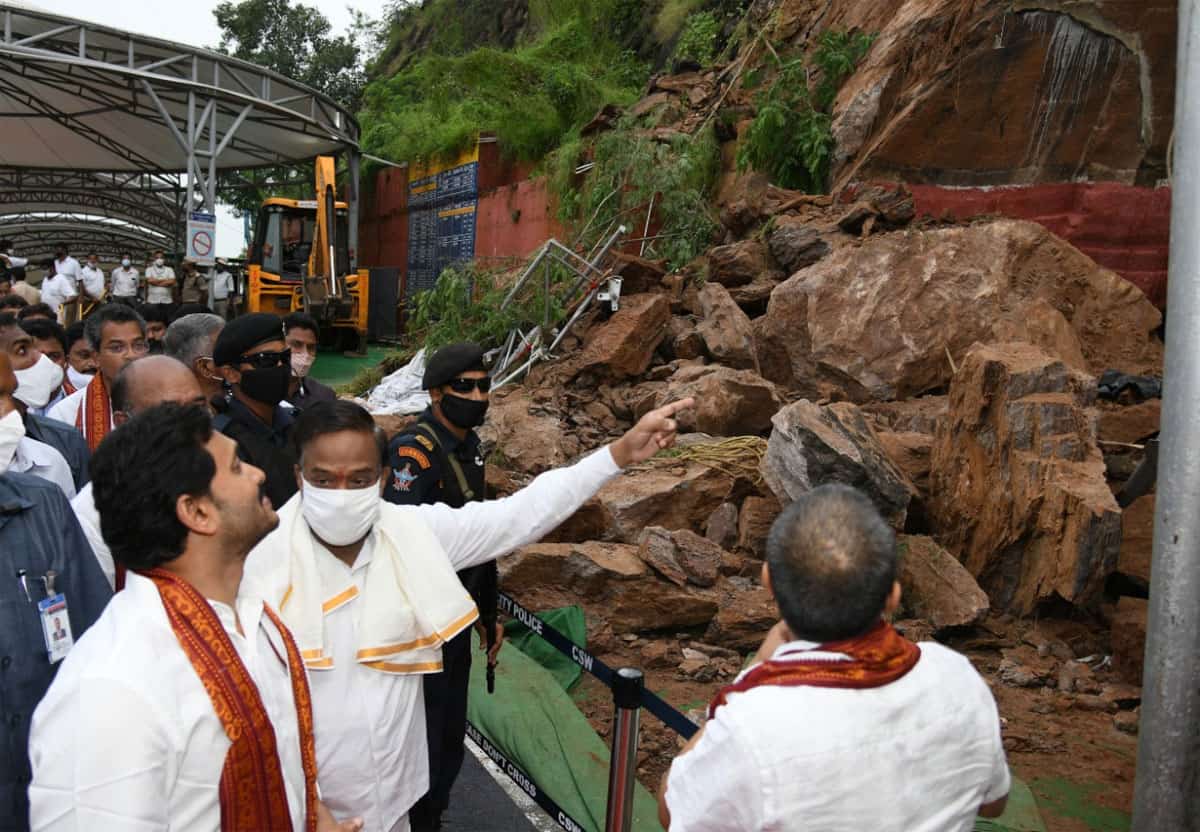 Ahead of Chief Minister Y.S. Jagan Mohan Reddy’s visit to the temple, boulders fell on the Indrakeeladri hill in Vijayawada due to a landslide this morning causing minor injuries to three people, police said.

Four other people, including two sanitation workers, are suspected to be trapped under the debris. It is suspected that the boulders came down crashing after being soaked in heavy rain for the last one week.

However, police heaved a sigh of relief as a major tragedy was averted with the ghat road leading to the historic Kanakadurga temple was closed for pilgrims, in view of the CM’s visit to the temple. The incident occurred just an hour before Jagan’s arrival, the police said.

A tin shed erected on the hill for the ongoing Dasara Navaratri festival crashed due to the landslide and three persons in the vicinity suffered injuries, police said. The incident happened close to the media point on the hill temple.

Being Moola Nakshatram day which is considered very auspicious and when the Goddess is decorated as Saraswati Devi, as part of the ongoing Dasara festival, the Chief Minister was supposed to present silk clothes to the deity on behalf of the state government.

Police said that he was supposed to take the ghat road to reach the temple around 4 pm and the landslide happened.

However, Jagan arrived late following the incident and entered the temple through the alternative entrance and completed the formalities.

He then inspected the spot where the boulders fell. He also asked them to implement the temple master plan and directed that required funds be released immediately to take up measures for the safety of the pilgrims.

The celebration of the 10-day Dasara festival began at the shrine on October 17. The temple authorities said that only 1,000 devotees are being allowed to enter the temple every hour.