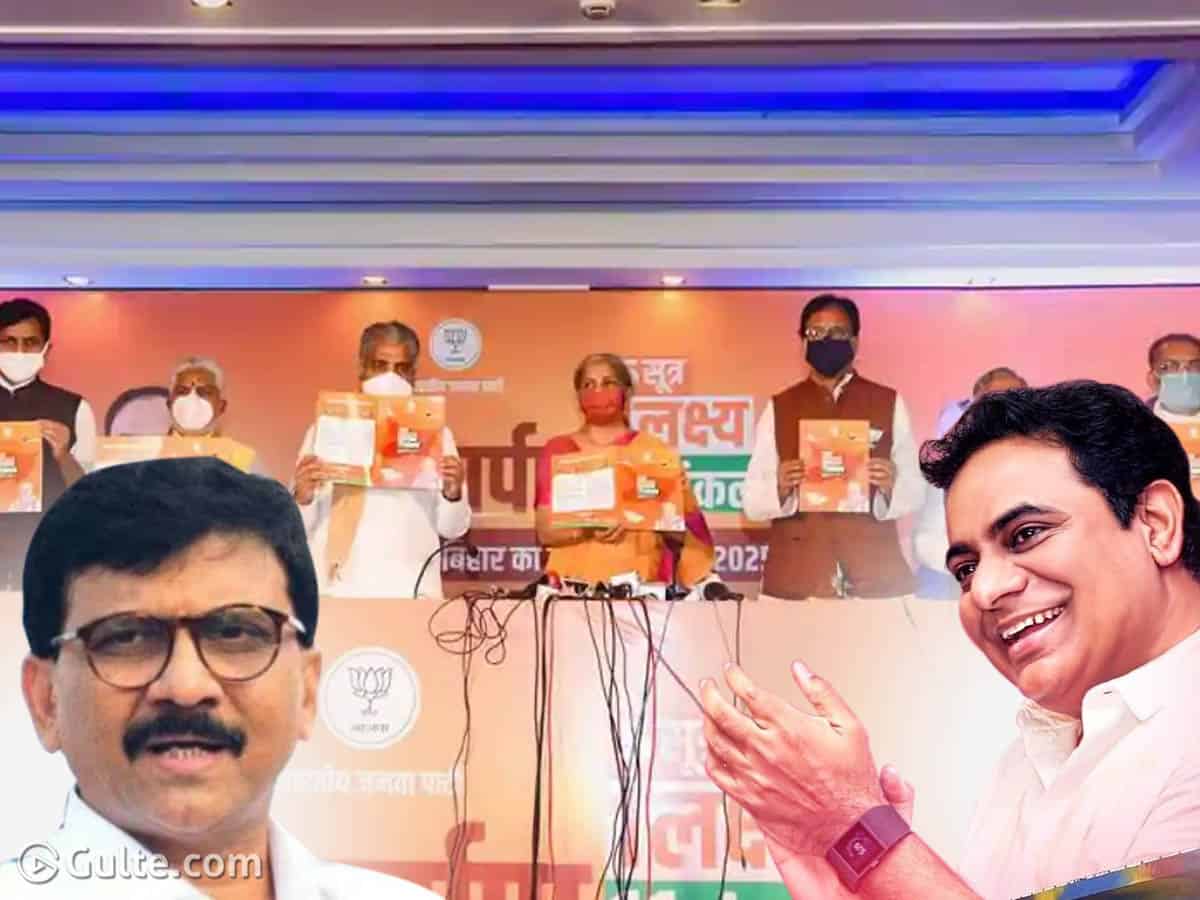 The free Covid-19 vaccine as an election promise from the BJP has garnered mixed response from political observers. Some political parties are taking inspiration from BJP while others are criticising the saffron party for politicising the whole issue. But the BJP is banking heavily on this and is going for the elections.

Telangana IT minister KTR and Shiv Sena have taken a dig at BJP’s free vaccine poll promise. Regarding the vaccine an enthusiast on Twitter has asked KTR if he had a shot of the vaccine when he visited the Bharat Biotech company as he is super exposed to the public. To this KTR replied that “Nope. Didn’t get any COVID vaccine shot; apparently it’s reserved only for Bihar.” However the netizen who asked KTR this question deleted while KTR’s reply is intact.

Then it was the Shiv Sena who is at loggerheads with the BJP. The party’s spokesperson and MP Sanjay Raut said that BJP’s practice is discriminatory. “Earlier it was like ‘Give Us Blood, We Will Give You Freedom’ and it is like ‘Vote For Us and We Will Give You Free Vaccine.’ Only those who vote for BJP will get vaccine, it shows BJP’s discriminatory nature,” said Sanjay Raut.