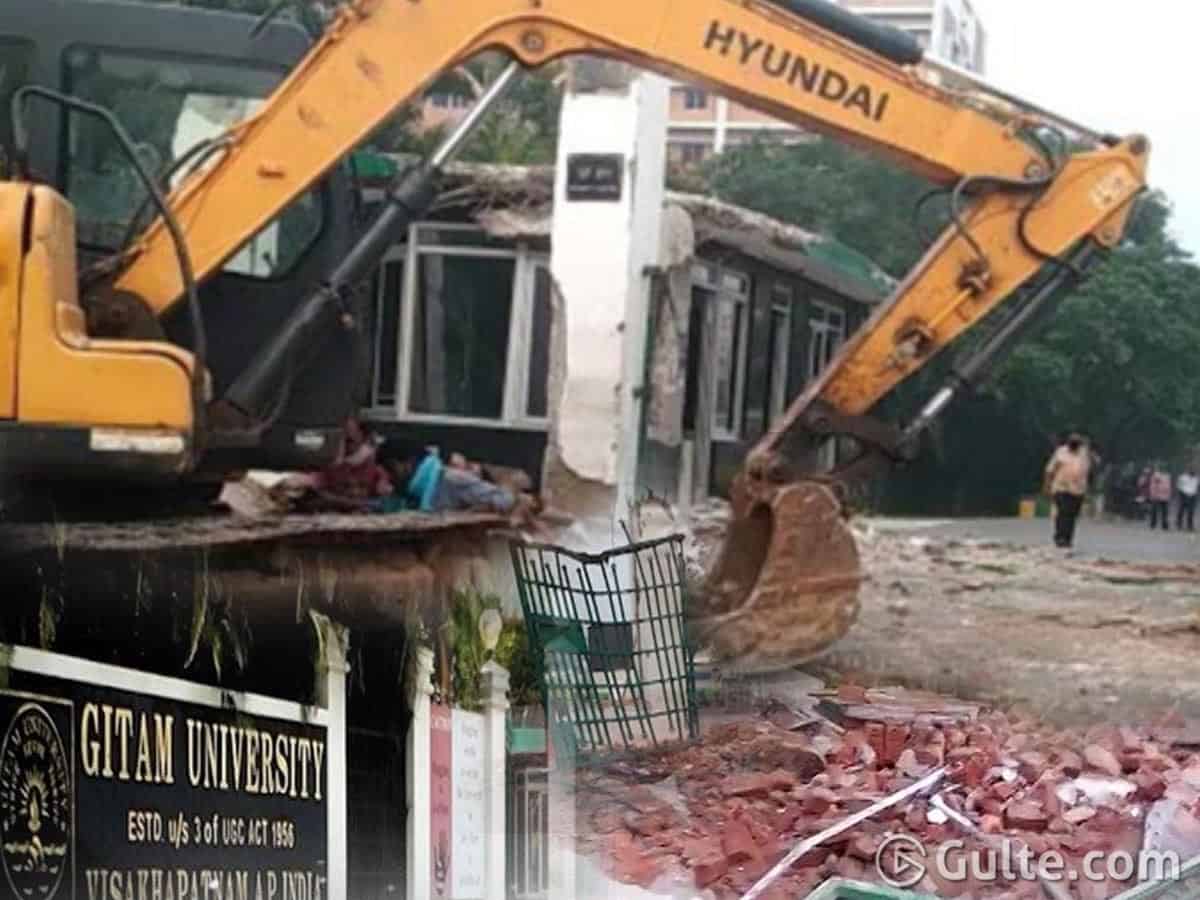 The officials of the Greater Visakhapatnam Municipal Corporation (GVMC) demolished the boundary wall of Gitam University at Visakhapatnam. Citing that necessary permissions were not in place, the GVMC officials have started razing the compound wall of the university since last night. As per reports, about 200 metres of compound wall at the entrance gate was demolished by the officials. Heavy bulldozer has been used for the demolition drive by the GVMC officials. While the revenue officials and GVMC officials accuse of violations, they say their actions are based on their investigation. Gitam University campus is spread over 40.51 acres at Rushikonda and Yendada area in Vizag.

Meanwhile, the Gitam university’s executives and management expressed shock over the incident. They said they have all necessary permissions in place and stated that the GVMC officials have not served any notice in prior.

Learning of the incident, several TDP leaders, party workers tried to reach the Gitam university. Police have blocked the beach road leading to the Gitam university. TDP leaders allege that this is an act of “vendetta politics” by the government against the opposition party’s leaders. Gitam University’s president Sri Bharath had contested as Vizag MP on TDP ticket in 2019. He has been married to Balakrishna’s younger daughter Tejeswini.