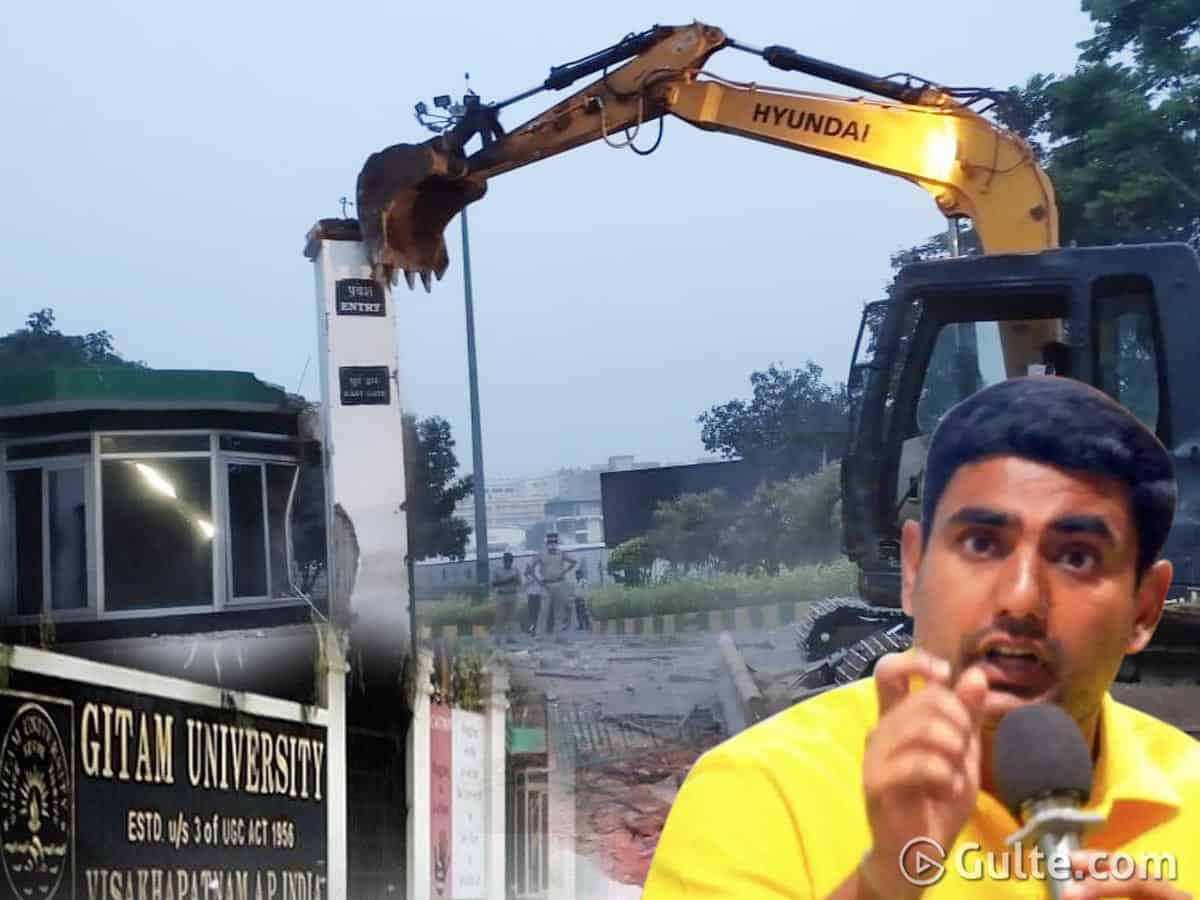 TDP general secretary Nara Lokesh lashed out at AP CM YS Jagan for the YCP government’s actions. On Saturday, compound wall of Gitam University in Vizag was demolished by the officials and this has come like a shocker among political circles.

Reacting on this demolition drive, Lokesh fumed over Jagan and made some serious comments. “There is no end to Jagan’s evil thoughts and he is enjoying at the cost of others misery. Some people get kick in development while Jagan gets kick by demolishing everything he sees,” tweeted Lokesh.

“Razing Gitam university compound wall is part of Jagan’s revenge politics. In the corona times, Gitam University has provided unprecedented service to the people and it’s a shame that without even serving notices, the demolition is being done,” wrote Lokesh.

Further the TDP leader added that yesterday it was Sabbam Hari’s house and today it is Gitam University. By such acts Jagan is terrorising the people of Vizag in the name of capital. Jagan is a synonym for destruction.

These are strong comments from Lokesh and it might invite double the impact remarks from the YCP government.