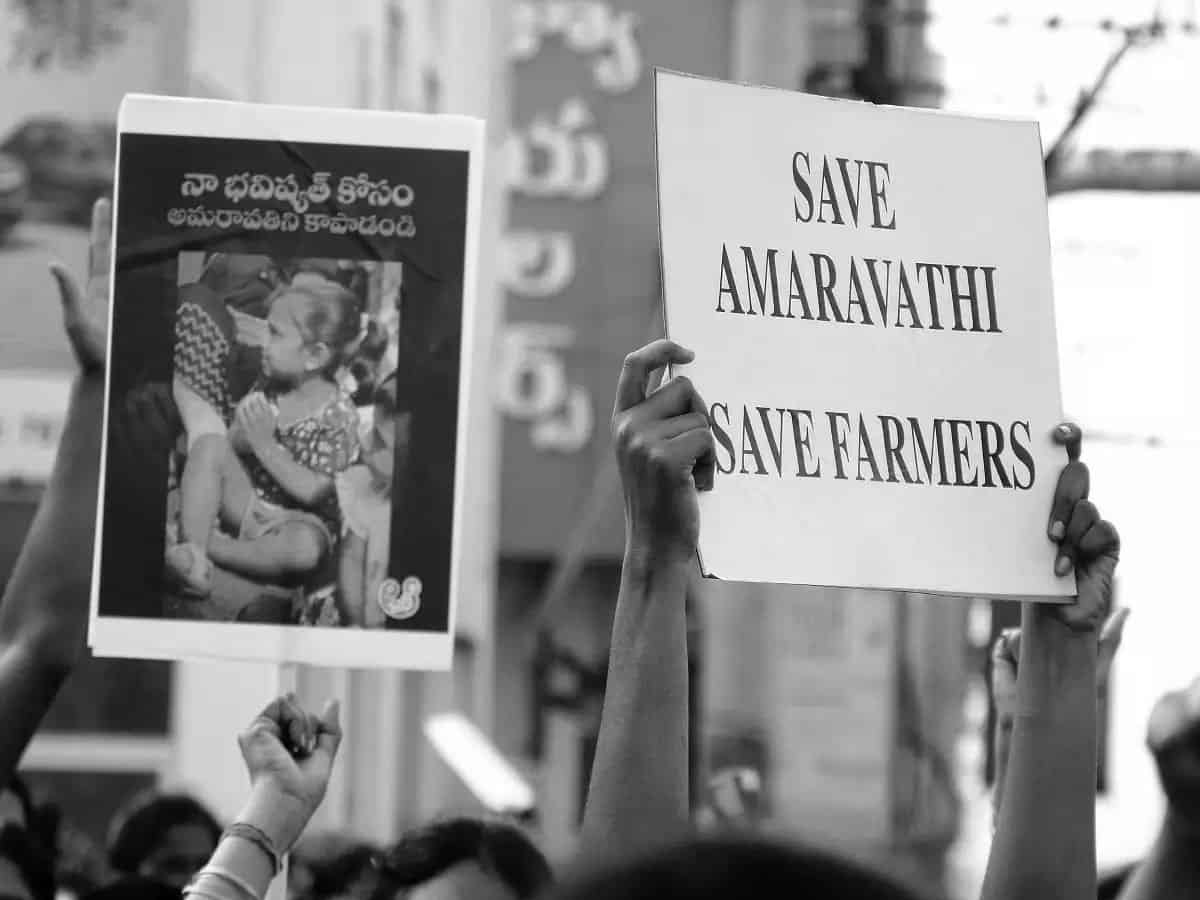 The SC, ST atrocity case filed on BC farmers in Krishnayapalem of the capital region has taken a new twist. One Ravi who had filed a case on the farmers said that he was withdrawing it. However, the police said that he had to resolve it in the court of law and that he cannot wash his hands off it just by withdrawing it. This statement by the police is raising several eyebrows. While the complainant himself is withdrawing the case, the police remaining adamant with regard to the case is being faulted by the Dalit organisations, who had staged a protest condemning the police attitude.

Recently, the farmers of Amaravati staged protests marking the completion of five years of foundation stone for the capital city. As part of it, the farmers and women offered prayers at the place where Prime Minister Narendra Modi had laid the foundation stone. At this time, the police made an announcement that if people from other areas came to the place, they should inform the cops about it.

Meanwhile, some farmers, who reached Krishnayapalem karakatta in autos, in support of distribution of land sites in Amaravati under Pedalandariki Illu and three capitals, were obstructed by the capital farmers and this led to a tense atmosphere.

In the melee, one Ravi lodged a SC, ST atrocity case on the capital region farmers. However, Ravi had later withdrawn his case in writing but it is learnt that the police are not responding with regard to it. Further, Ravi said that the police had filed the case under the SC, ST Atrocity Act even when he had not made a mention of it in his complaint.

Commenting on this incident, the Capital region farmers said that they just asked the farmers who reached Krishnayapalem in autos to show their Aadhaar cards and that they did nothing more than that.