Raja Singh Alleges Against Sania Mirza In Killing A Cow 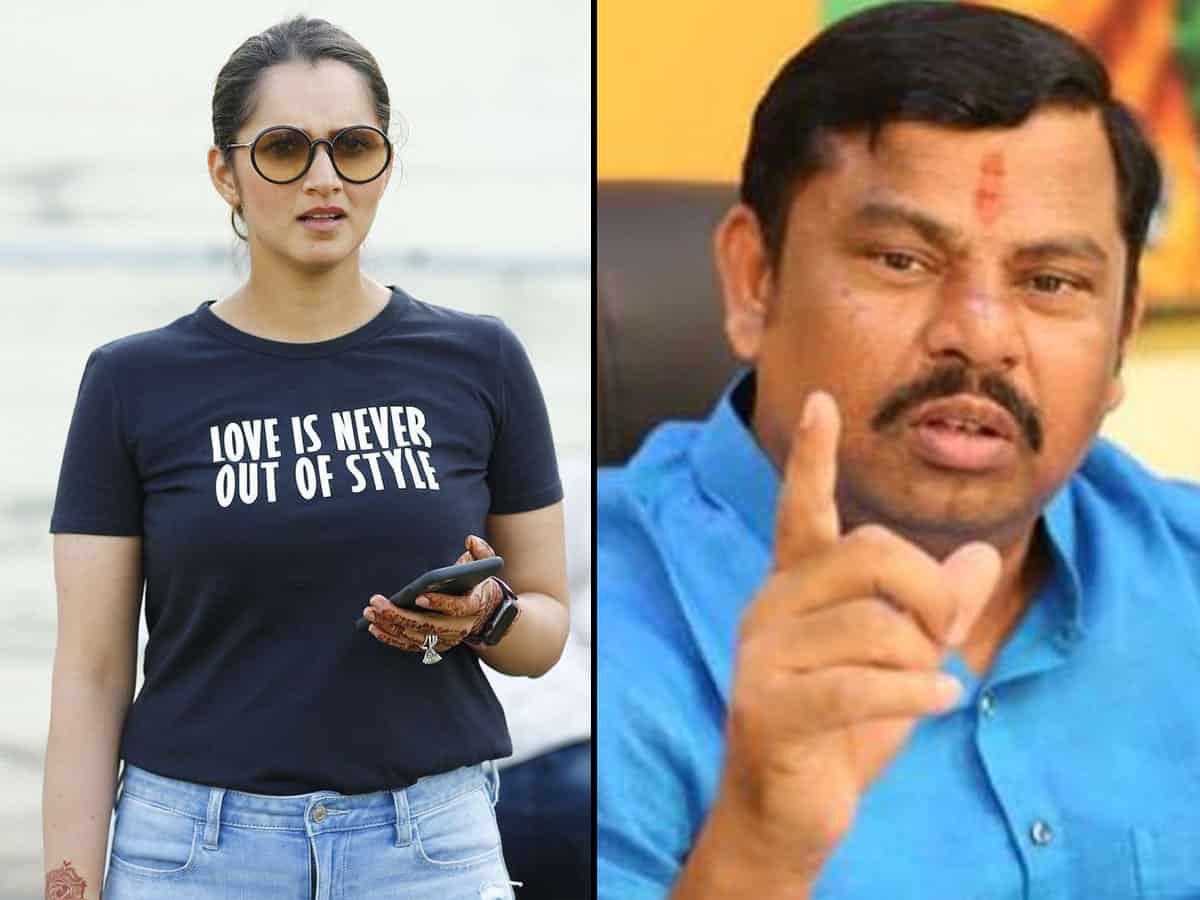 BJP MLA Raja Singh levelled serious allegations against tennis star Sania Mirza. He alleged that Mirza was present in her farmhouse when its security guard Umar gunned down a cow at Damagundam reserve forest at Parigi in Vikarabad district.

The MLA said that the villagers were saying that Mirza herself shot down the cow in her farmhouse. Further, he reminded that Mirza also killed a peacock earlier. The BJP MLA demanded that the TRS constitute a comprehensive inquiry into the killing of a cow at the tennis star’s farmhouse.

The police arrested Mirza farmhouse in-charge Umar in connection with the firing in the Vikarabad forest. There are allegations that Umar had killed the cow when it came to graze in the farmhouse four days ago. Following a complaint from the villagers, the police began investigation into the case. Cops are inquiring into the possession of a weapon by Umar. However, Raja Singh’s allegations gained significance because the case is still under investigation.

Earlier, the BJP MLA also demanded that Mirza must be removed as the brand ambassador for the state of Telangana after 49 CRPF jawans were killed in a terror attack in Kashmir in February this year. Mirza is married to Pakistani cricketer Shoaib Malik.