‘Jagan Building Another Palace in Chennai’ 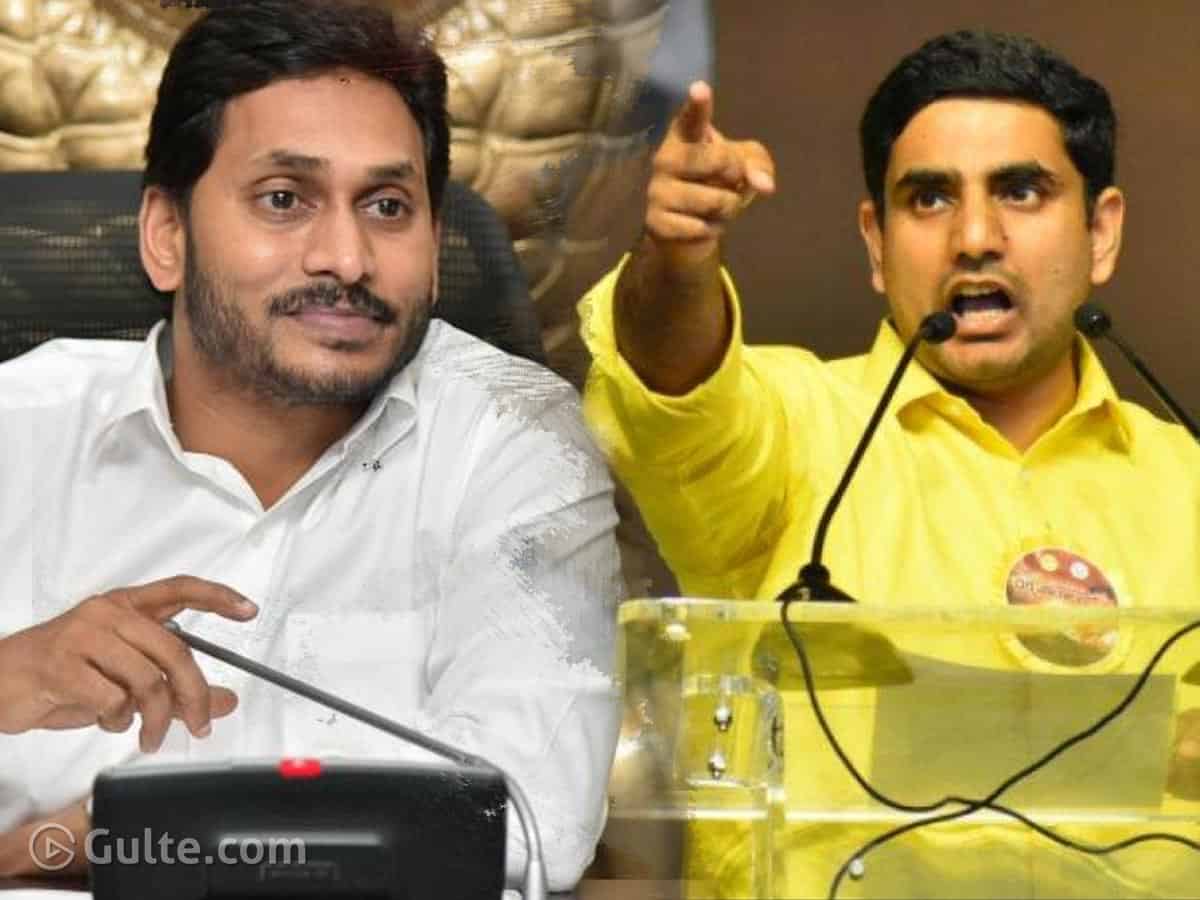 TDP’s general secretary Nara Lokesh has alleged that CM Jagan is planning to build another palatial palace. Lokesh said he has confidential information that Jagan is planning to build a place in Chennai. He said Jagan has 3 large palaces already – one in Tadepalli, one near Lotus Pond, Banjara Hills in Hyderabad and one massive place in Bangalore. He said Jagan owns Bharati Cement and can build palaces.

Lokesh hasn’t spared Vijay Sai Reddy. Calling him “Tweet Reddy” and “A2”, Lokesh said what YSRCP had achieved at the Centre despite possessing 22 MPs in Lok Sabha. He said what happened to YCP’s promise of Special Category Status if the majority of MPs won from their party. Lokesh accused that the state exchequer has incurred a loss of Rs 30,000 crore due to the incapability of YSRCP MPs.

On the ongoing controversy surrounding the Polavaram Irrigation Project, Lokesh said the Centre had agreed for the revised estimation of Rs 55,448.67 crore when TDP was in power and the concerned Union Minister confirmed the same in Parliament when Vijay Sai Reddy had raised the question in the house. Centre had then agreed for the revised estimation and admitted that the SSR rates were increased and the RRN package was increased. Lokesh said now the Centre is only agreeing to pay Rs 20,398.61 crore at 2013-14 price level due to inefficiency of Vijay Sai Reddy and his batch.

Responding on the tractor accident and cases booked against him, Lokesh said he is targeted for “tractor rash driving” and “Covid-19 regulations violations”. He said none of his programmes had people in large numbers. He said when he had gone to meet farmers, the government booked cases against him citing Covid rules.He ridiculed that YSRCP MLAs on other hand are “dancing” and “partying” at birthday functions and Covid rules are not applicable to them. Lokesh said CM Jagan never wears a mask and asked how many cases should be booked against Jagan.