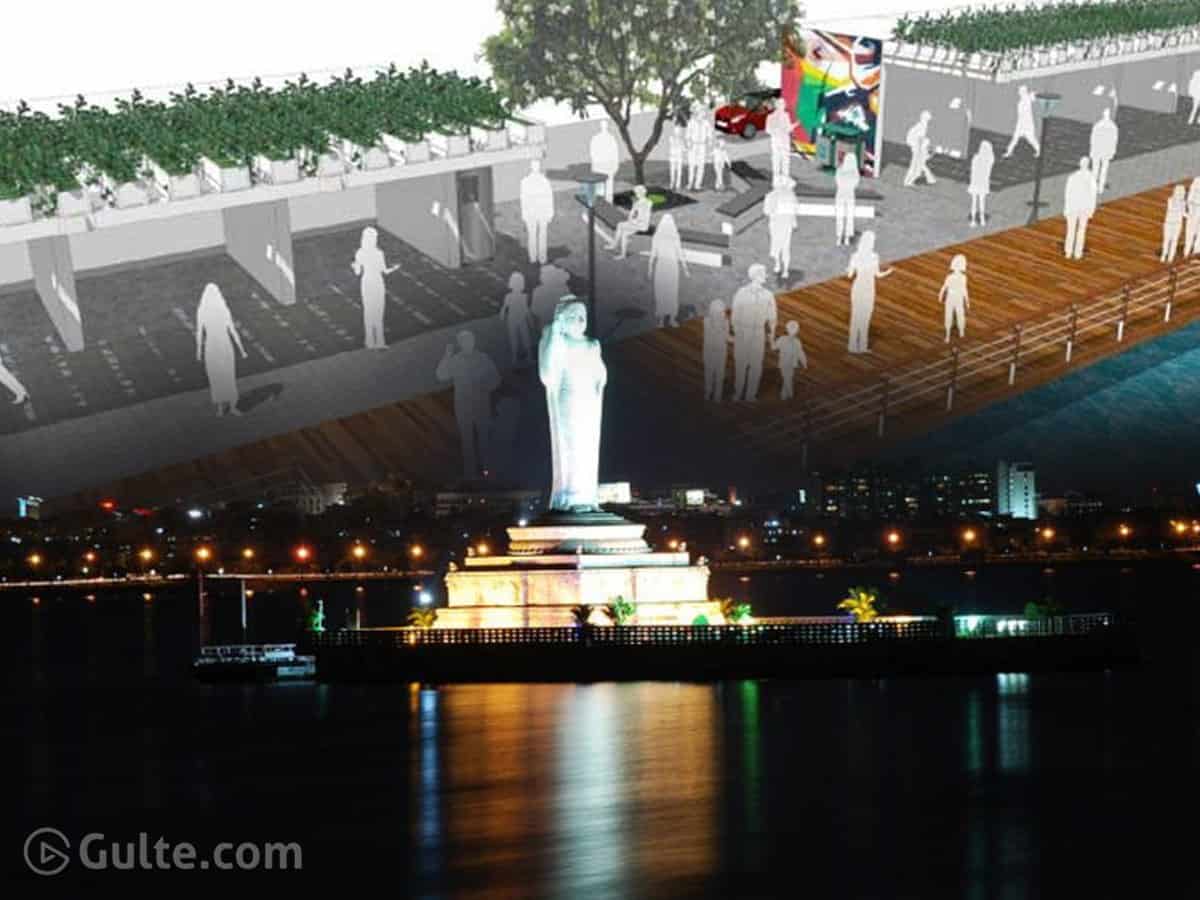 Plans are afoot to set up a massive Night Bazaar alongside Hussain Sagar. A lakefront Night Bazaar has been proposed by the state government and the officials are busy with its works. Municipal Administration and Urban Development Minister KT Rama Rao is said to have instructed the HMDA officials on the same. Along the shoreline of Hussain Sagar, a stretch of 1,300 metres – between Sanjeevaiah Park and Buddha Bhavan – have been identified by the HMDA officials where the government wants to set up a Night Bazaar which it wants to develop into a vibrant hangout and tourist point. Eateries, parking, sitting arenas are going to be set up at Night Bazaar.

In order to enhance the look and ambience at the lake and make visitors and tourists enjoy the picturesque view of the water body, a wood plastic composite (WPC) deck along the shoreline is planned. In addition to the WPC, modern lighting, aesthetic seating arrangements and granite pavements are being planned.  Stressing on the eco-friendly construction, the HMDA is also planning to set up retail units with proposed pre-fabricated fibre reinforced plastic (FRP).

However officials maintain that there is no compromise on the preservation and conservation aspects of the Hussain Sagar water quality and Full Tank Level despite these activities. The construction would be strictly as per norms and extreme care would be taken so that FTL or water quality in the lake won’t get affected. It is learnt that the Night Bazaar is planned to be developed and operated under the Public Private Partnership (PPP) mode. A private agency would be handed over the task of operation and maintenance for a period of 15 years.