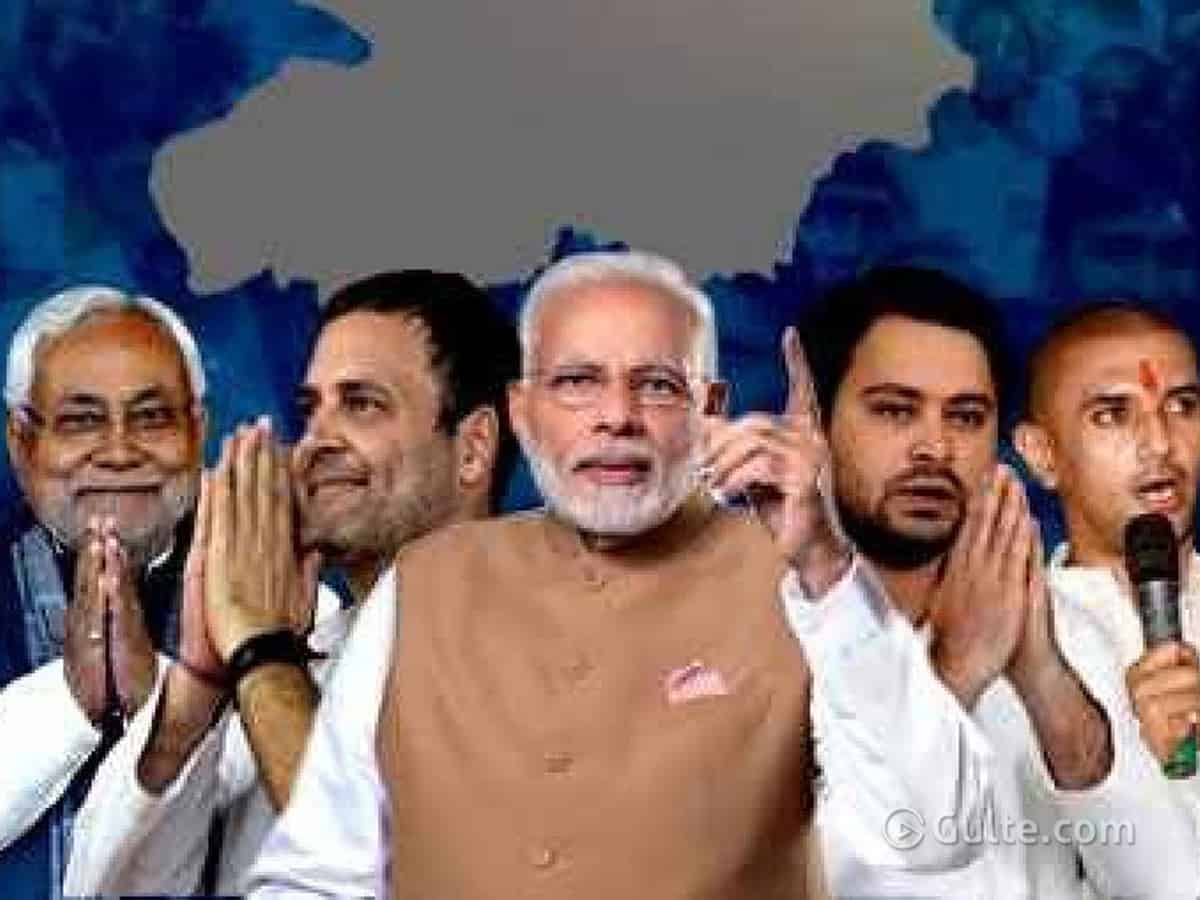 With the final phase of voting coming to an end in Bihar, exit polls began streaming on television screens on Saturday evening and many, including the India Today-Axis My India, predicted that Tejashwi Yadav-led Mahaghatbandhan (Grand Alliance) is likely to storm to power with a comfortable majority of 139-161 seats in the 243-member House and secure 44 per cent votes. The India Today exit polls predicted that the National Democratic Alliance, comprising the JD(U), BJP, HAM, and VIP is projected to win 69-91 seats and secure 39 per cent votes.

Most exit polls forecast that the RJD-Congress-Left alliance has a clear edge over the JD(U)-BJP coalition. At the same time, all polls predicted that Chirag Paswan’s Lok Janshakti Party, which went alone, would end up with single-digit seats. However, Paswan hopes to play a key role in government formation after the elections.

Meanwhile, one poll forecast that the Tejashwi’s RJD-led Opposition alliance could get a two-thirds majority while another said it would cross the halfway mark easily.

Of the eight exit polls conducted by various organisations, two gave a clear lead to the RJD-led Grand alliance. The India Today-Axis My India poll predicted that the Tejashwi Yadav-led Opposition alliance would cross the halfway mark of 122 while the CNN-NEWS 18-Today’s Chanakya poll forecast the RJD-led alliance a landslide majority of 180 seats (plus or minus 11). The Chanakya poll gave the JD(U)-BJP alliance just 55 seats.

In what can be termed bad news for incumbent Chief Minister Nitish Kumar, who hopes to be elected for a record fourth term, many exit polls predicted that the BJP would perform much better than the JD(U).

The NEWSX-DV research poll predicted a photo finish, with the JD(U)-BJP alliance to secure 110-117 seats and the Opposition alliance 108-123 seats.

The exit poll of TV9 Bharatvarsh predicted that the RJD-Congress alliance would get something between 115 and 125 seats while the JD(U)-BJP alliance would secure 110-120 seats.

The Republic Jan Ki Baat survey forecast a comfortable lead to the Opposition alliance with 118-138 seats and that JD(U)-BJP coalition would end up with seats between
91 and 117.

An exit poll is a survey conducted soon after a voter walks out after casting his/her vote. It aims at predicting the result based on the information collected from voters.

However, a clear picture will emerge only after the counting scheduled on November 10.

The India Today-Axis My India exit poll also reported that 47 per cent of voters, aged between 18 to 35 years, back Tejashwi Yadav while voters aged 51 and above wanted incumbent Nitish back in power.