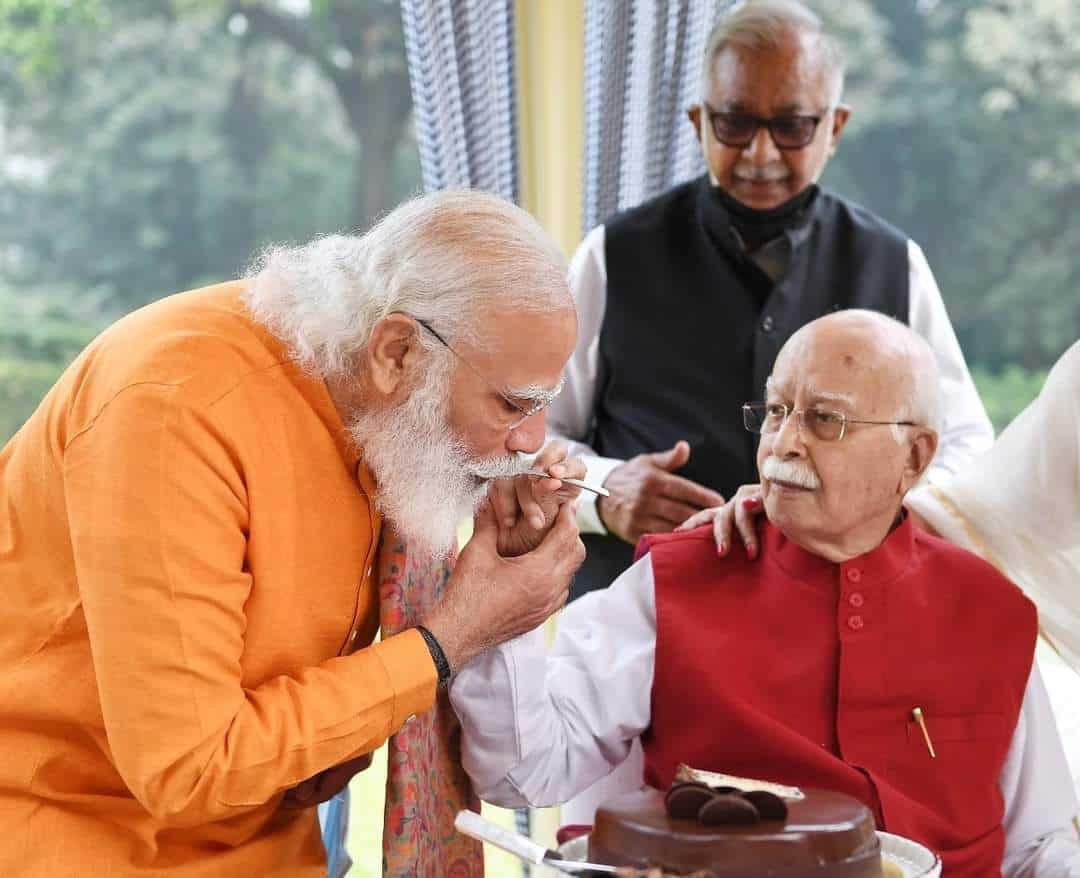 Modi touched the feet of the BJP veteran and sought his blessings. Later, the PM accompanied Advani and his daughter Pratibha during the cake-cutting. Advani also fed cake to Prime Minister Modi. The PM also presented Advani with a bouquet on the occasion.

Advani is the longest-serving president of the BJP and is also credited with paving the path for his party to grow from the margins of national politics into a leading role and then come to power in the 90s.

Earlier in the day, in a tweet in Hindi, Modi said Advani, home minister and deputy prime minister in the Atal Bihari Vajpayee-led government, played a significant role in the country’s development and also took the party to the masses. He is a “living inspiration” to the crores of BJP workers and also to the countrymen, Modi said, and wished him a long and healthy life.

Advani was born on November 8, 1922, in Karachi, Pakistan. He belongs to a Sindhi family. After partition, Advani’s family came to India and settled in Mumbai. Later, the family moved to Delhi.