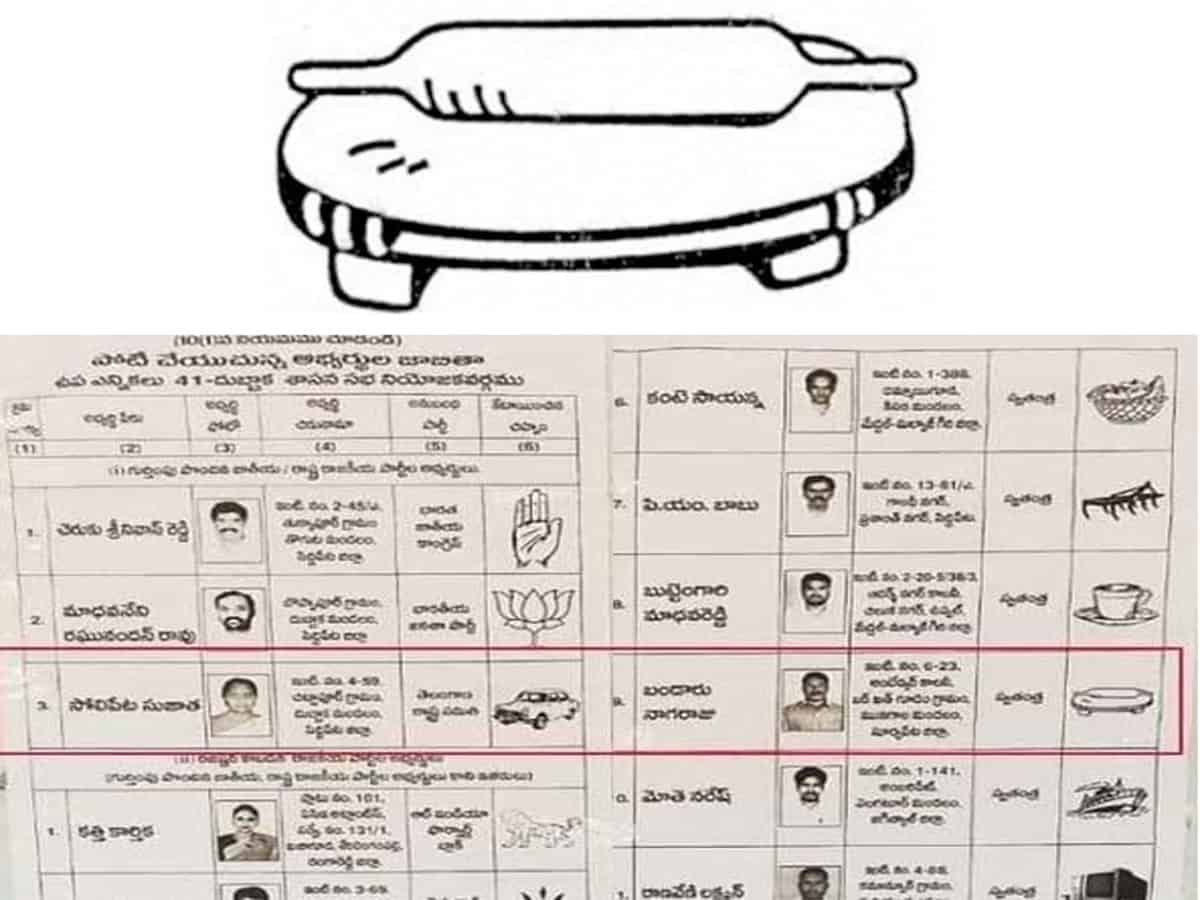 Dubbaka seat has been grabbed by the BJP and the victory of the Lotus Party is declared by the EC. While BJP’s Raghunandan Rao secured 63,352 votes (38.47 percent), TRS candidate S Sujatha got 62,273 votes (37.82 percent). TRS party working president KTR has conceded the defeat and admitted that the result is an alarming bell for the party and its leaders. Even minister Harish Rao has taken complete responsibility for the party’s defeat.

However, some TRS party leaders have come up with a claim and their own reason for the party’s defeat in the by-election. They alleged that some TRS voters have wrongly voted for an independent candidate whose election symbol is “close” to TRS symbol – “Car”. While an independent was allotted a Chapati Roller, many alleged that the symbol on the EVM machine is similar to that of the Car symbol on the EVM. So, TRS local leaders in Dubbaka constituency allege that TRS votes in some Mandals went to this independent due to “confusion”.

TRS leaders claim that these votes of independent Nagaraju “originally” belong to the TRS. As the majority of BJP is meager and is just 1118 votes, TRS local leaders claim that the party lost due to technical reasons. However, TRS leaders should also admit the fact that BJP giving such a tough fight in the by-election itself is the party’s defeat. Many political analysts are also saying that TRS defeat in Dubbaka is a “reality” and one must accept the people’s mandate.