It is Panabaka From TDP in Tirupati By-poll! 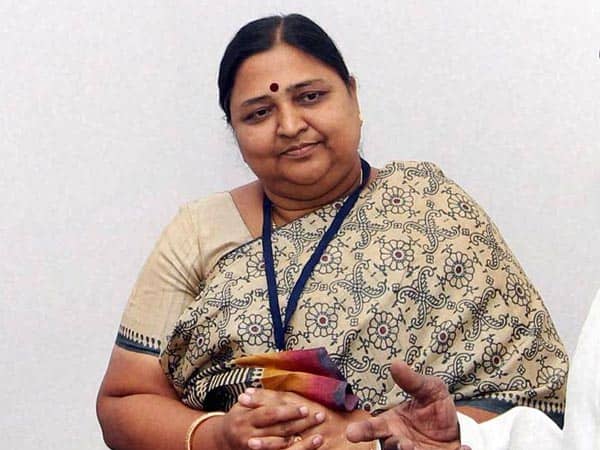 TDP chief Chandrababu Naidu has finalised the candidate for Tirupati Lok Sabha by-election and it will be former Union Minister Panabaka Lakshmi. On Monday Chandrababu held a video conference with the TDP leaders of Tirupathi Lok Sabha constituency and in the conference, Naidu announced Panabaka’s name.

Panabaka had played a crucial role in Congress party during YSR’s regime. She was an MP in UPA-1 and UPA-2 governments between 2004 and 2014. She served as Minister of State in Health and Family Welfare (2004-2009) and Petroleum, Natural Gas, Textiles (2009-2014). However, she joined TDP in 2019 upon the promise of Tirupati Lok Sabha ticket.

In the 2019 Lok Sabha election, Panabaka contested and lost to YSRCP candidate Balli Durga Prasad. She lost by a huge margin of over 2.28 lakh votes in the hands of YSRCP candidate Durga Prasad. However unfortunately the YCP leader passed away in September this year after suffering a cardiac arrest at a private hospital in Chennai. Thus a by-poll is facilitated in Tirupati Lok Sabha constituency.

Chandrababu has sent directives to the party leaders to work collectively for the success of Panabaka in the by-election. Tirupati Parliament constituency is a reserved one and the by-poll is expected to be held in December.