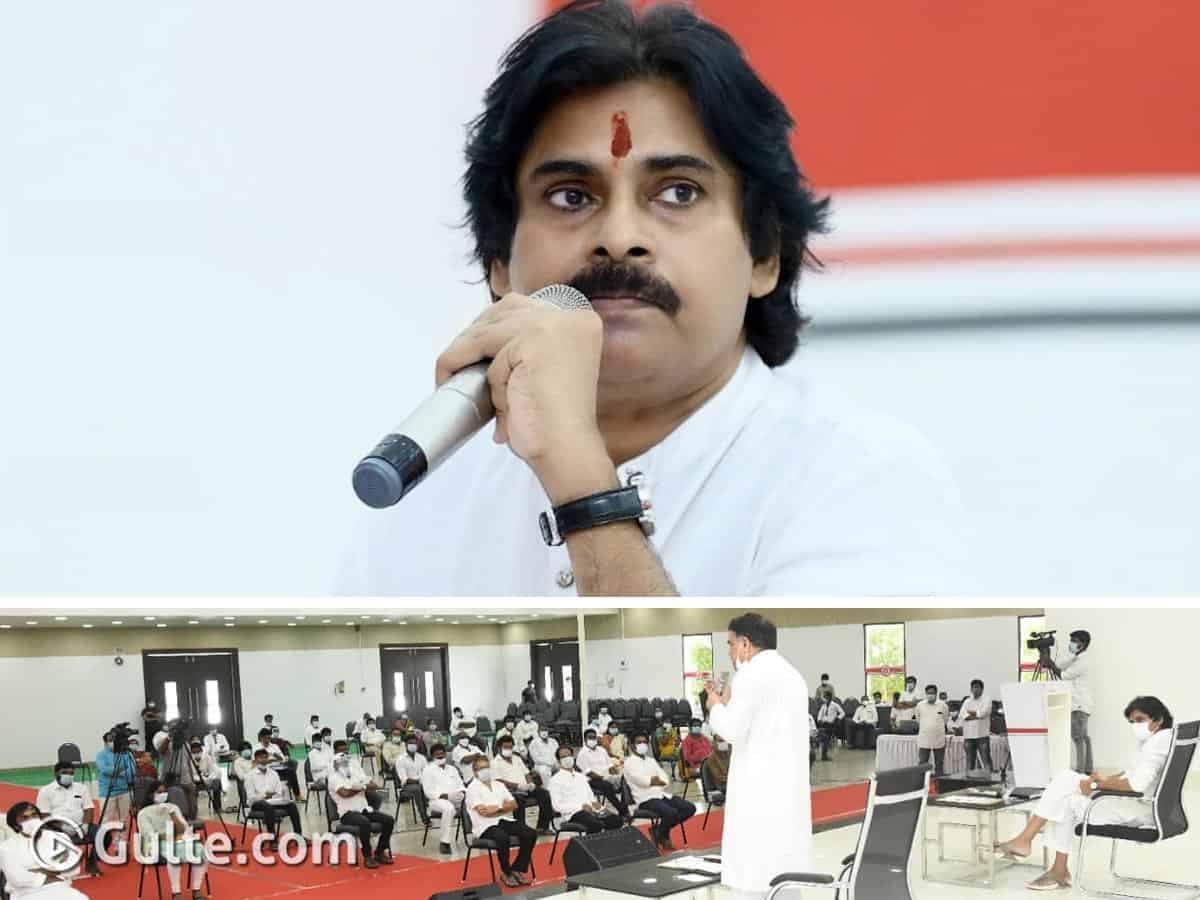 In a surprise actor and Jana Sena chief Pawan Kalyan paid a visit to the party office in Amaravati. This is Pawan’s first visit to Amaravati Jana Sena office after a gap of eight months. Even more surprisingly only very few leaders had information about Pawan’s visit and not many were informed in advance.

Upon Pawan’s arrival, he met party worker and leaders from 10 assembly constituencies. But only leaders who had enrolled their name in the list to meet Pawan are being sent into the meeting. Rest of the leaders are denied entry and also the media is kept away to cover this meeting. The party insiders said that this is completely a party’s internal meeting and the details can’t be informed to the media.

Meanwhile learning about Pawan’s visit, his fans and Jana Sena supporters gathered in large number near the office. The security had stopped them citing the covid-19 situation.

Despite shooting in Hyderabad over the last few days, Pawan was occupied with his party work on the sets. During then Pawan informed that he would visiting Amaravati office.

On the other hand, Jana Sena is yet to take a call on the Tirupati by-election. Since Jana Sena and BJP formed an alliance, it is yet to be known whether Jana Sena or BJP would contest the polls.