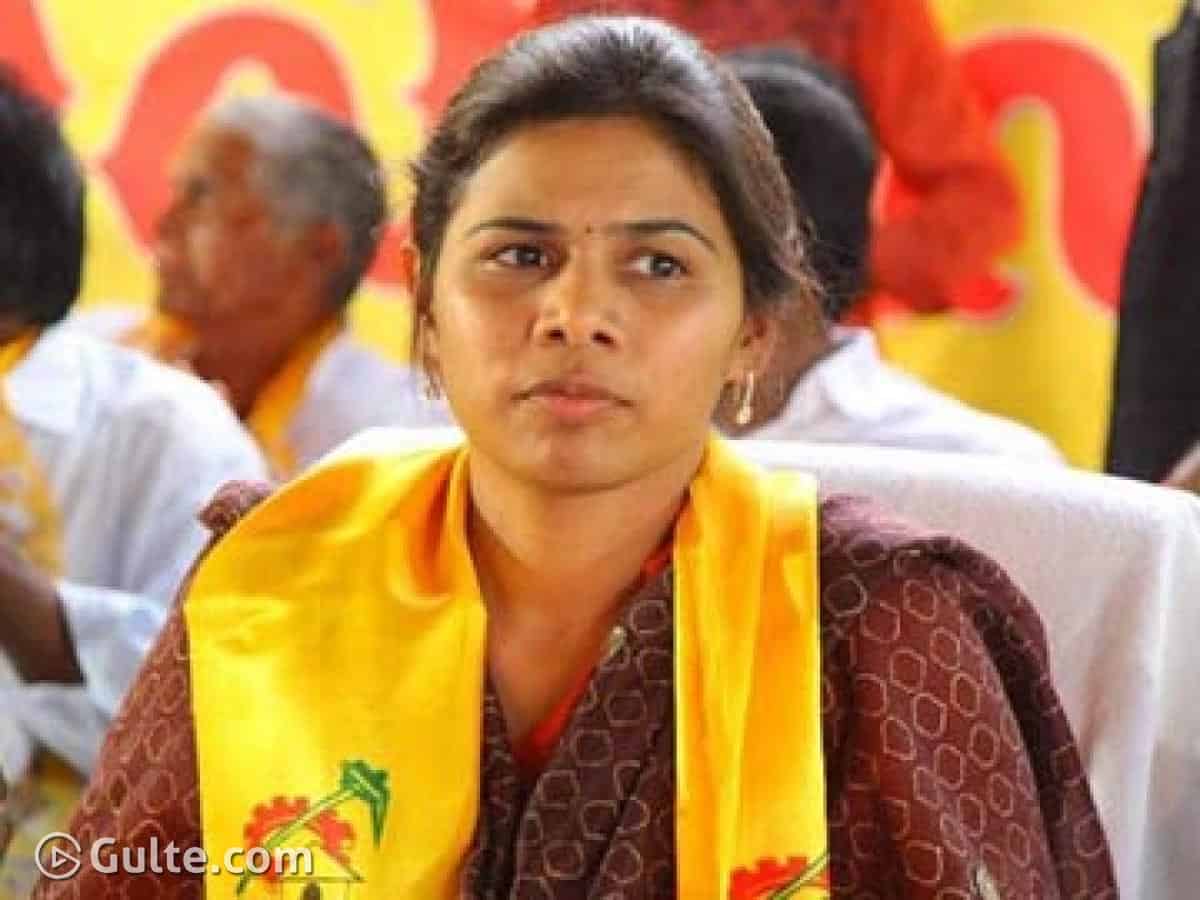 Former TDP minister Bhuma Akhila priya has been maintaining stoic silence for the last couple of months. In fact, Akhilapriya didn’t make much noise even before she entered politics and also during her tenure as a minister. After her father’s sudden demise, she stepped into politics and silenced her critics who wrote her off, saying that she is a novice and that she is not cut out for politics.

Akhilapriya’s rise in politics was such that, within a short time, she attained the ‘firebrand’ tag and even impressed the then CM Nara Chandrababu Naidu with her work. Immediately after she became the minister, she strategically handled the conflict with the Shilpa family while procuring the MLA ticket for her uncle’s son Bhuma Brahmananda Reddy during the Nandyal by-election and even ensured his thumping victory.

However, she couldn’t withstand the YSRCP tsunami in the 2019 general elections. But still, she remained in the TDP and often countered the YSRCP government before becoming totally silent and going into a hibernation. Now, there have been several theories behind her sudden silence.

Apparently, Akhilapriya has been pressurising the TDP think-tank to give the Nandyal constituency responsibilities to her brother Jagadvikhyat Reddy. Already, former Nandyal MLA Brahmananda Reddy and the current TDP in-charge has been sidelined in the party’s affairs and Jagadvikhyat has been overseeing all the party related activities. However, there have been no official directives from Chandrababu in this regard.

In the process, Akhilapriya had planned to send Jagadvikhyat to a dinner party hosted by Lokesh’s family to all the TDP young leaders. But she wasn’t even invited to the party. On the other hand, Brahmananda Reddy is the son-in-law of Banaganapalle YSRCP MLA Katasani Ramireddy. So even he is rumoured to be planning to switch his loyalties to the YSRCP.

Meanwhile, Akhilapriya is hell-bent on sidelining Brahmananda Reddy from the Nandyal constituency. This also led to more consequences in the Bhuma family, with a few of her family members joining the BJP. Even the TDP think-tank seems to be following the wait and watch route until the Bhuma family comes to an agreement. This seems to be the main reason behind Akhilapriya’s silence. When the issue will be resolved remains to be seen.