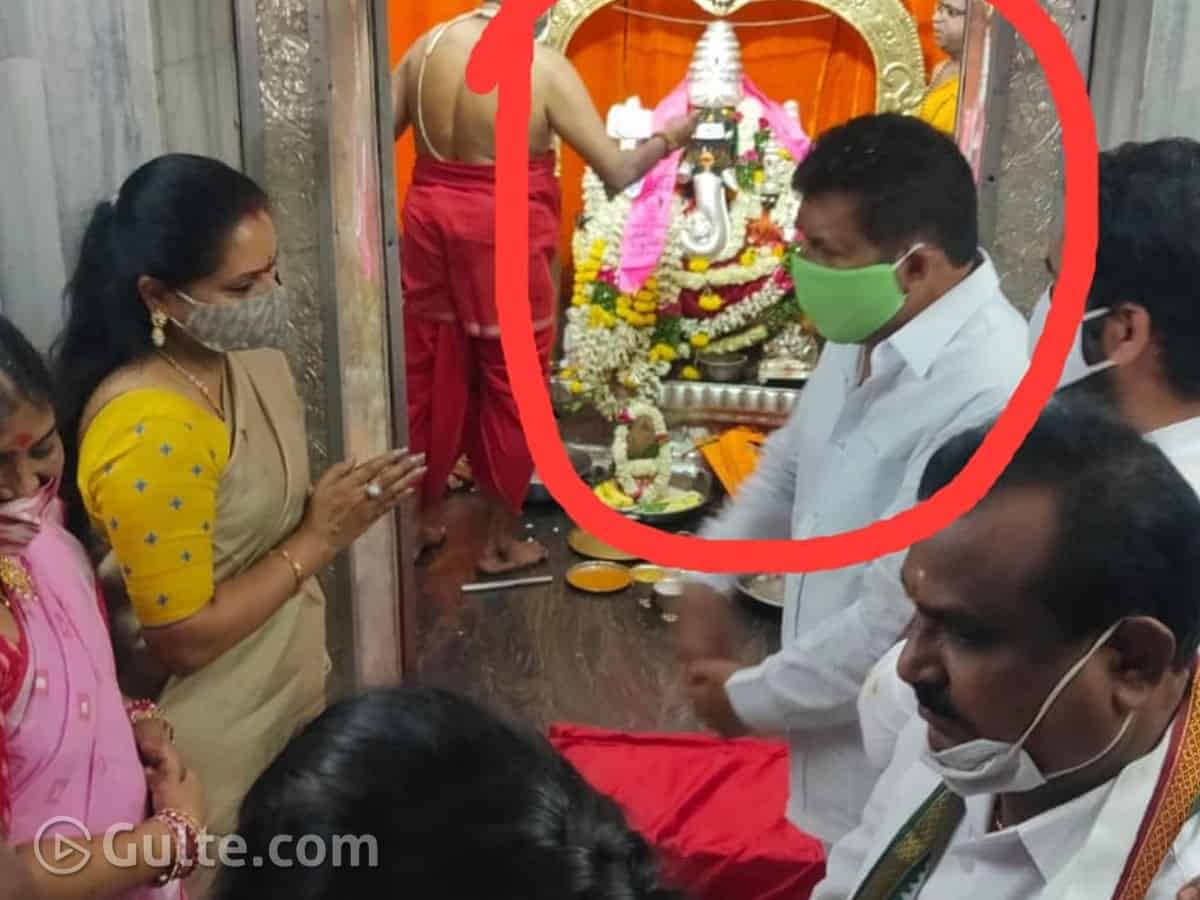 Here is a viral picture that is doing rounds online. TRS party’s pink kanduva is spotted around Lord Ganesh’s idol and the pic is widely shared on social media platforms. And this received backlash from some angry netizens for dragging God into politics.

However, this picture of Lord Ganesha with TRS party Kanduva is widely criticized. BJP leaders are venting out their anger on Kavitha and TRS party. TRS Party is yet to comment on the issue. It needs to be seen how TRS would respond to the issue.