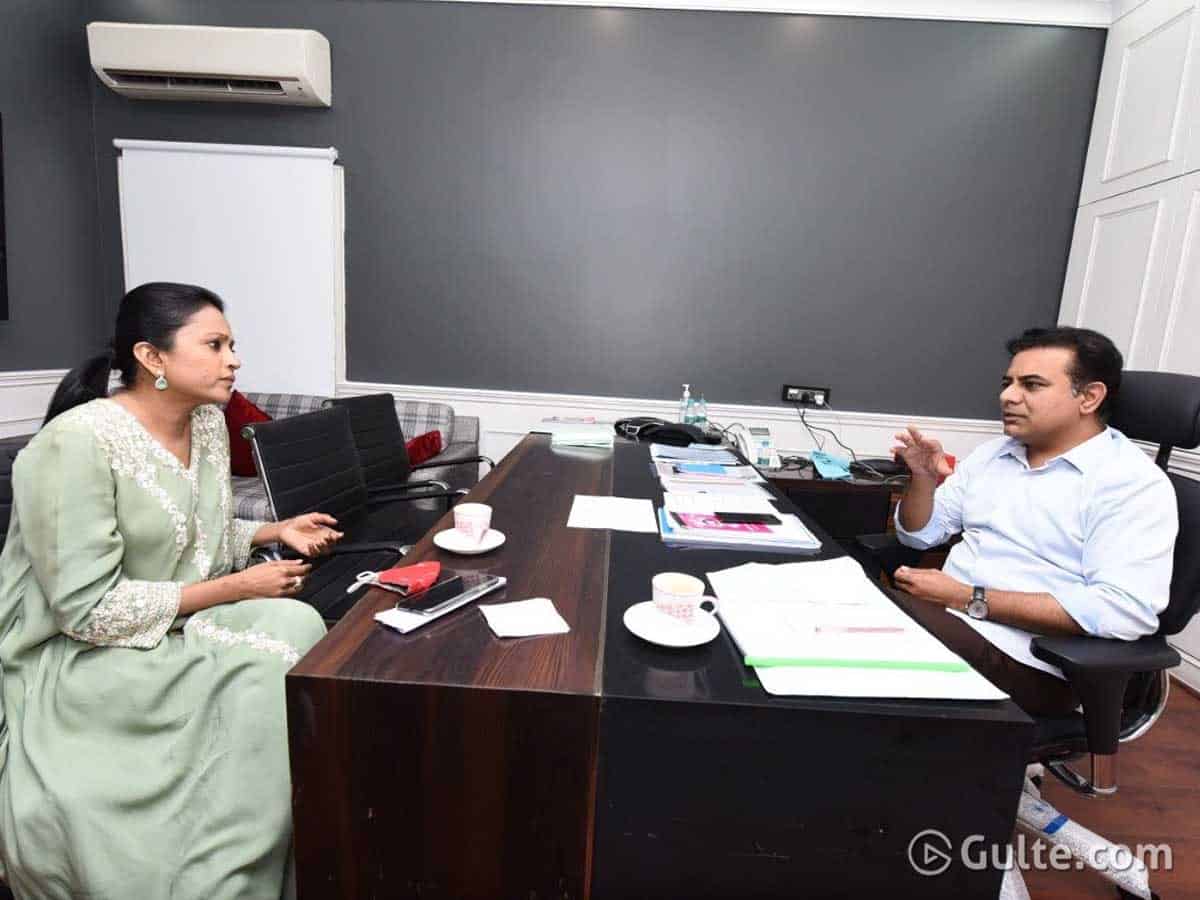 Suma Kanakala is no doubt a popular anchor. She is known for her hosting skills and holding talk shows and celeb interviews. However, her core area is only films. Taking everyone by surprise, Suma has interacted with minister KT Ramarao. She had a one-to-one conversation with KTR about the government’s plans, vision and development activities in the state capital Hyderabad. Suma was all praise for KTR and TRS. She said she is happy to know about Hyderabad’s growth and future plans.

Sharing a pic of hers with minister KTR on her Instagram account, Suma wrote, “It was such a pleasure to be in conversation with @ktrtrs. As Hyderabadi there was so much to know about our city , it’s growth and further plans . Kudos to u and team sir.”

But Suma’s interview with KTR ahead of the GHMC polls slated for December 1st indicates that this is done keeping the coming GHMC election in mind. Many netizens have asked Suma to not do such political interviews as she is not familiar with them. A few have also trolled Suma for promoting TRS ahead of the GHMC polls. Some went onto caution Suma that she would lose credibility if she does such interviews. Although this is not first time she did such interview, many say that the timing of the interview is the source of negativity online. Meanwhile, the full video of Suma’s interview with KTR is yet to be released.