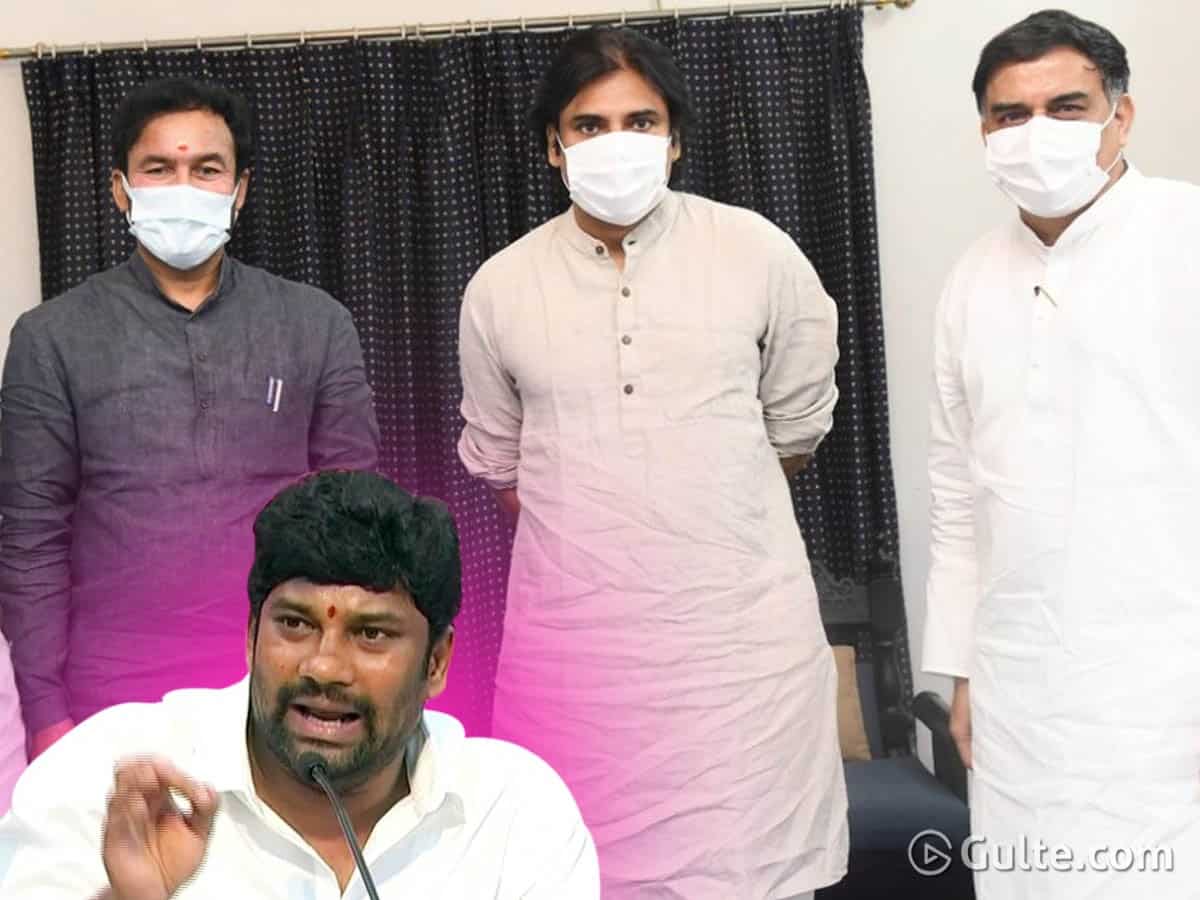 Student leader-turned-TRS MLA Balka Suman made satirical remarks against Janasena party chief Pawan Kalyan. Suman also took a jibe at the BJP Telangana unit head Bandi Sanjay for claiming to waive off all the pending traffic challans. He said that the Opposition parties were in fact running a comedy show, providing complete entertainment to Hyderabadis, ahead of the GHMC polls.

Suman said that he would not take the names of any politician but gave a complete description, which was sufficient to identify them and slammed them for their remarks regarding polls and alliances.

Balka Suman said. “One person says he would pay all the challans. One other politician belonging to neighbouring state also makes funny statements. Indirectly hinting at Pawan, Suman said that the politician had contested in two places but could not win at least from one place in the 2019 general elections. His party candidates contested from many places but only one of them had won and more surprising, it is not clear if he is with the party but that party president claims he had decided not to contest the GHMC polls in view of good tidings for the party.”

Further, the MLA ridiculed, “What will such a politician do in Telangana when he had not been able to call the shots in his own state (Andhra Pradesh)? He (Pawan Kalyan) has no base in Telangana but the party (Jana Sena) speaks of lofty goals, ahead of the GHMC polls. He says their party (Jana Sena) has decided to withdraw from the contest and support the BJP. The BJP is trying to make the AP politician a “jagirdar” in Telangana while he has no stature in the neighbouring state.”

These politicians are making a laughing stock of themselves, Suman said and added that they were providing good entertainment to the people. He hoped that Hyderabadis would give a fitting reply to all these fake politicians.

Suman’s comments on Pawan Kalyan stem from the latter’s confused statements and decisions on contesting the GHMC polls and even his U-turn with regard to getting back to acting in films from politics.