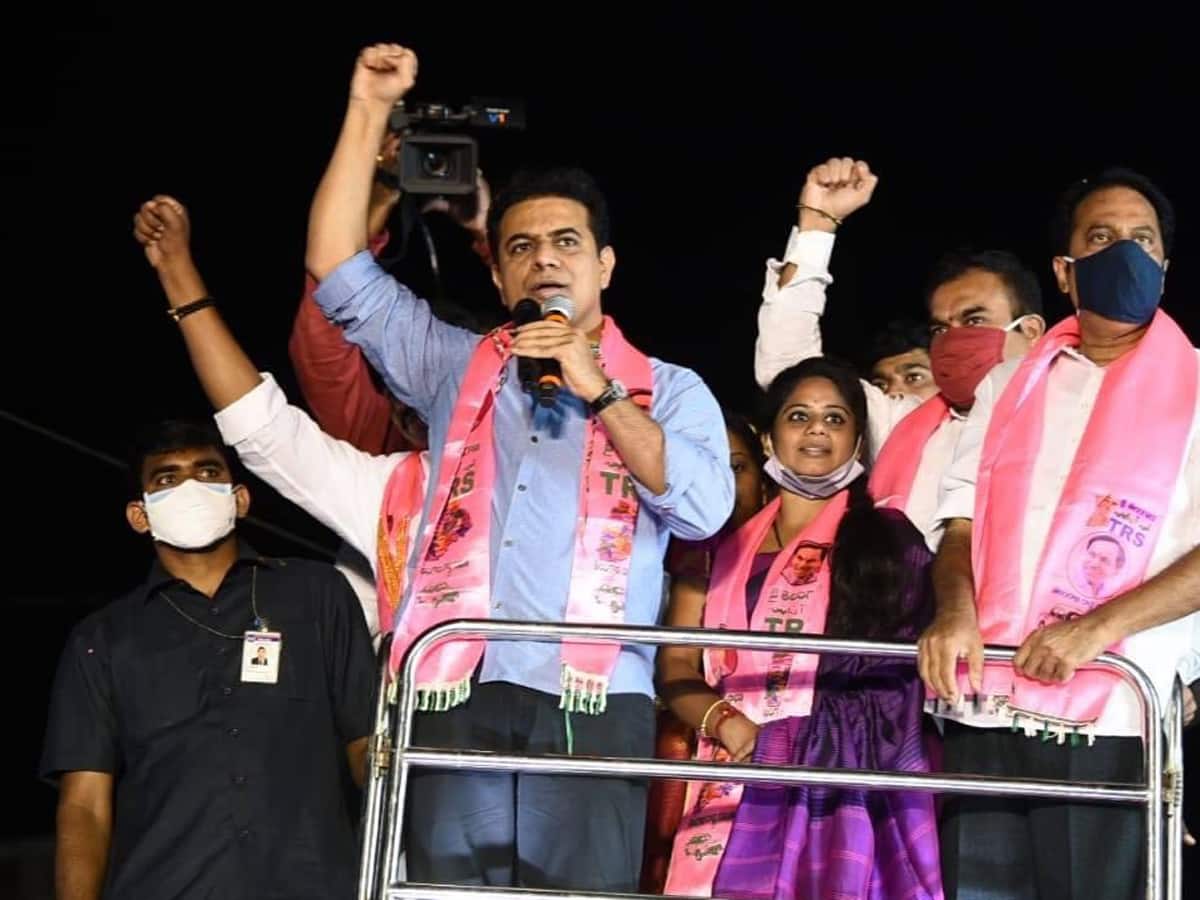 TRS working president and Telangana IT minister K.T. Rama Rao criticised the BJP for doing nothing to Telangana. Not just for Telangana, the BJP had done nothing even for neighbouring Andhra Pradesh, he said. What had the BJP promised for Andhra Pradesh’s capital, Amaravati, during the foundation ceremony and what did it give, he asked. It had given nothing except water and mud, he said.

The TRS working president was speaking at a meeting of the Telangana Builders Federation, ahead of the GHMC polls. He said that the BJP had done practically nothing for the people in Telangana but was asking them vote for their party. He alleged that the BJP was playing politics in the name of religion just for the sake of votes. “The BJP leaders have no stuff in them and cannot do anything except making empty promises and blabbering,” he ridiculed.

He faulted the BJP leaders for doing no help to the victims of recent floods in Hyderabad.

The BJP leaders promised to extend flood relief of Rs 25,000 to each of the flood victims and also that it would help people to rebuild their houses if the party wins the Mayor post in the upcoming GHMC polls.