What’s BJP Up To In Hyderabad? 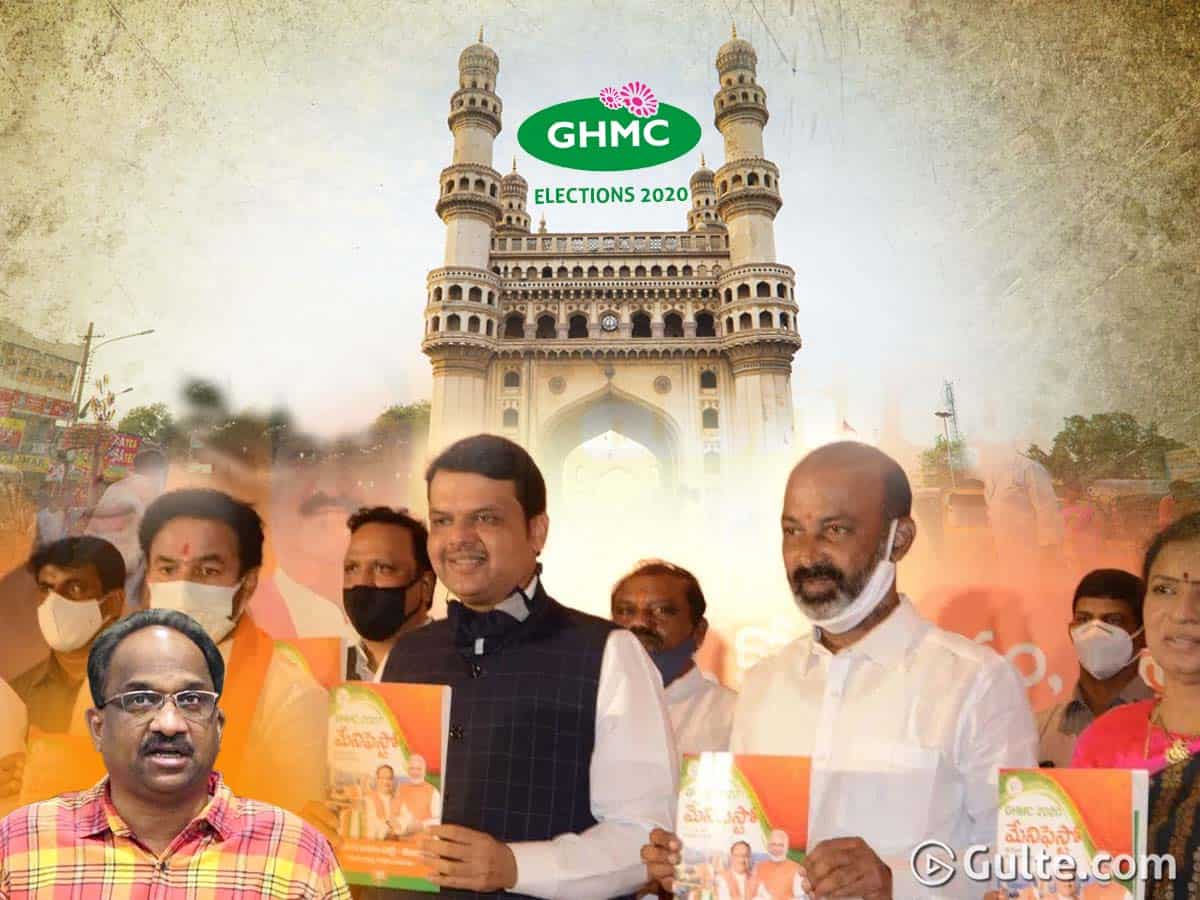 The ruling TRS will still retain Hyderabad Mayor, even if it can win less than half of the seats it has in the outgoing GHMC. The party has a sizeable number of ex-officio members in the form of MPs, MLAs, and MLCs. Despite poll eve pretentions, the MIM corporators will back TRS in case the latter still falls short of majority. Yet, the BJP is leaving no stone unturned in the battle for Hyderabad. BJP circles acknowledge that the party may not be in a position to repeat Dubbak in Hyderabad. Still, the party should be credited for its killer instinct.

A stream of central leaders, including union ministers, are descending in Hyderabad to bat for the BJP nominees. Never in the past was such a spirited campaign launched by a national party for local polls. But all this is not without strategy.
The BJP is desperate to expand beyond the south of Vindhyas. Its tally in the north has long been saturated. Barring Karnataka, south India has remained a rugged terrain for the alleged north Indian bias of the saffron brigade. The Hindi-Hindu narrative has been mostly unpalatable for the southern states.

The strong traditions of Dravidian movement remain a stumbling block for the BJP’s penetration into Tamil Nadu. Since 2006, the BJP vote share in Tamil Nadu assembly elections stagnated between two to three percent. The party could poll only 3.71 percent of votes in the 2019 Lok Sabha elections, drawing a blank, despite Moditva looming large on India’s political landscape.

The BJP has expanded its voting in Kerala, but the LDF-UDF polarisation in Kerala constrained BJP’s ability to translate increased vote share into seat share.

The BJP’s support for bifurcation and subsequent denial of special status have decimated the BJP in Andhra Pradesh. The YCP-TDP polarisation makes it difficult for the BJP to register any substantial gains despite allying with Jana Sena.
Thus, the BJP hopes to gain in Telangana. The state with a 12 percent minority population and strong presence of MIM is considered demographically conducive for Hindutva politics.

The Congress’s inability to surge ahead and the TRS debilitating attack on it leaves the opposition space for the BJP. Thus, unprecedented political, organizational emphasis on Dubbak by-poll and now in GHMC polls is integral to the BJP’s larger Telangana political project. Therefore, no holds barred fight in Hyderabad is more to do with the party’s vision to capture Telangana than GHMC.