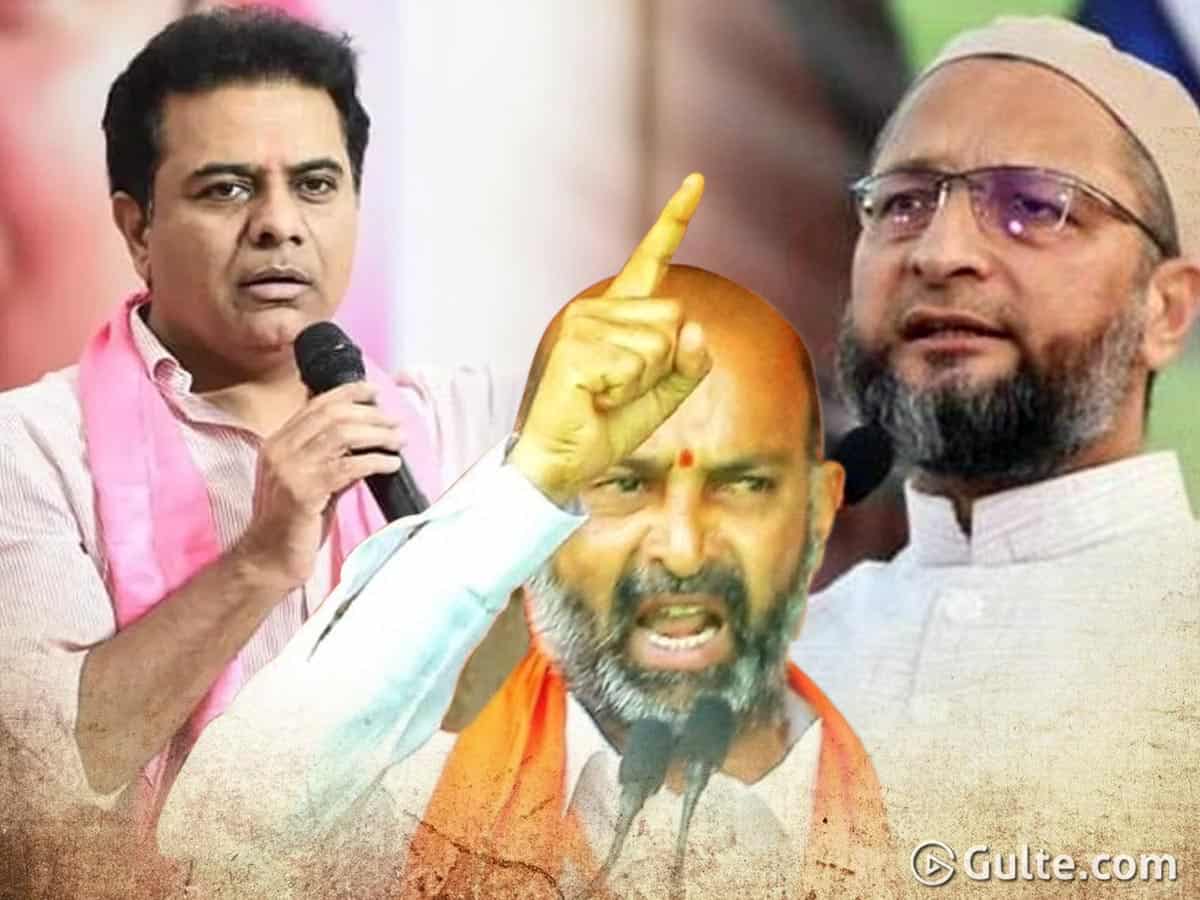 Has BJP pulled the TRS into its trap? Going by the statements being made by the leaders during the campaigning for the GHMC polls, the answer seems to be in the positive. Usually, the ruling TRS sets the agenda for the opposition parties in all types of polls. The Opposition parties follow the agenda and campaign accordingly.

However, in the GHMC polls, the scene seems to have got reversed with the opposition BJP apparently calling the shots. After emerging victorious in the Dubbak bypoll, the BJP has got a chance to set the agenda for the Greater polls. Having been able to gain an edge over the TRS, the BJP had set a secular agenda for the GHMC polls. Without their knowledge, the TRS leaders are countering the BJP’s remarks on religious lines only.

In fact, TRS working president and state minister K.T. Rama Rao is busy trying to give counter statements to the remarks made by the BJP men and finding no time to brief the electorate about the development works and welfare programmes implemented by their government.

Political observers feel that BJP Telangana state unit chief Bandi Sanjay is intentionally raising the issues of immigration of Pakistani terrorists, Bangladeshis, Rohingyas, communal tensions in Old City repeatedly. It is being said that the BJP is acting according to a strategy and trying to provoke the TRS leaders so as to evoke their emotions. The BJP’s strategy seems to bearing fruit with KTR responding to their statements, forgetting to list out the development works taken up by their government in the last six years.

The entire campaigning for the Greater polls is revolving around religion. On one side, the there are many problems plaguing the city like drinking water supply and other basic amenities. The TRS leaders, who have never given a thought or taken any steps to resolve them, are facing the wrath of the people in their divisions when they are reaching there seeking votes, as part of campaigning.

MIM chief Asaduddin too faced some bitter experience when he tried to interact with the people in one of the divisions in the Old City, during his electioneering. Some elderly women began protesting and raised slogans alleging that they have not received the financial aid from the government during the floods earlier this month. Of late, even his brother Akbaruddin has also joined Asaduddin in campaigning and is facing a similar situation.

In one of the election meetings, Akbaruddin said that the TRS leaders should not demolish the houses of the poor but the memorials of former prime minister P.V. Narasimha Rao and former chief minister N.T. Rama Rao if they have the guts and this raised the hackles of the pink party men.

Responding to these remarks, BJP state unit chief Bandi Sanjay warned Akbaruddin that they would demolish the MIM party office, Darussalam, in a matter of few minutes if he ventured to raze down the memorials of PV and NTR.

KTR too faulted Akbaruddin’s remarks. In the last two days, the BJP, TRS and MIM leaders kept making provocative statements about surgical strikes, Rohingyas, terrorists and demolition of structures. Apparently, the leaders of the three major parties contesting the GHMC polls are making strong statements regarding sensitive issues, according to a strategy.

In the midst of these statements and counter statements, the electorate in GHMC limits are wondering what is the State Election Commission doing when the entire campaigning is moving around religion and sensitive issues.