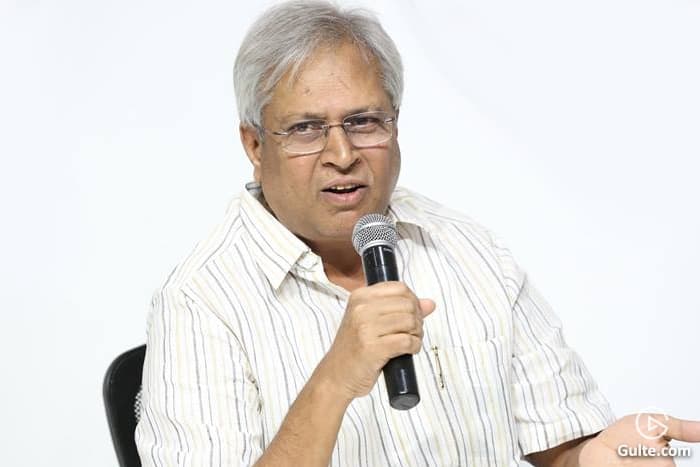 Former MP Undavalli Arun Kumar fumed at the YCP government yet again for remaining silent on both Polavaram project and Special Category Status even while the Centre was doing injustice to Andhra Pradesh.

He said that Polavaram and SCS are the rights of Andhra people and that the state government should fight with a resolve to get justice from the Centre. He said that building the dam alone would not complete the Polavaram project but that a reservoir needs to be constructed to allow usage of water whenever it was needed.

He suggested that the YCP government ask the Centre about the Special Category to the state too and question it about the package it would sanction as compensation for denying the Status. He criticised Chief Minister Jagan Mohan Reddy for raising a hue and cry over both the issues when he was in the Opposition and remaining tight-lipped after being voted to power.

He wondered why was the YCP government elected with a heavy majority when the only thing it was doing was accuse the previous TDP government for ruining the state. In fact, the YCP government should be able to set things right for the huge mandate given to it, he said.

With the people in Andhra Pradesh too having many doubts over why Jagan Mohan Reddy was remaining non-chalant over both the issues, the former MP said that he was questioning the CM over what was stopping him from raising his voice against the Centre.

— The biggest shock from the Centre is a letter from the Jal Shakti ministry which stated the Andhra Pradesh government would receive a total of Rs 20,000 crore only for Polavaram project, as per the estimates in 2014.

— After the release of the letter, ministers in the YCP government kept reassuring the people that the height of the Polavaram project would not be reduced, even by a centimetre. The YCP government need not step back on the height of the project as it has the reverse tendering technique which can reduce the cost of the dam even below the Rs 7,000 crore and it can build the dam with that fund. The point here is a dam should have a reservoir and it would lead to submergence. The relief and rehabilitation of the evacuees would cost a bomb.

— This letter from the Jal Shakti ministry had ignored all traditions in the country and dumped laws made in the Parliament. This is in fact an insulting letter to the Andhra Pradesh government.

— The main reason for making Polavaram a national project is because of the submergence of many areas due to storing of water in the reservoir. The areas that would get submerged are located in Andhra Pradesh, Telangana, Chattisgarh and Orissa. As the project was accorded national status, the relief and rehabilitation works should be taken up by the Centre.

— The Centre had accorded national status to the project basing on a Bill passed in the Parliament. Setting aside all rules of the Parliament, they closed the doors and made a Bill that later was transformed into a law.

— When they found that the mandals that would get submerged was not included in the Bill, an Ordinance was brought which later was made into a Bill and then into an amended Act.

— Former MP Dr K.V.P. Ramachadra Rao filed a petition in the court regarding the project and I also filed an impleading petition in connection with it following which the Centre asked for the government’s stand on Polavaram. A notice was served to the state government on it but till now the AP government had not responded.

— If it can respond to the notice, the problem will get resolved as any amendments regarding Polavaram should be introduced in the Parliament and then made into law. When there is a right to the AP government to remain firm, why should Jagan Mohan Reddy step back and say that the state government would construct the project. Why should the state take up the project when the Centre should complete it?

— Jagan kept asking the same question throughout his padayatra and after coming to power, he even reduced the cost of the project by Rs 700 crore through reverse tendering.

— It is unfair on the part of the Centre to say that Polavaram works should be completed in 2020 with the estimates prepared in 2014. Once the dam is raised to 41 metres, water will be released and when it starts flowing basing on the principle of gravity, then nobody would remain answerable to not constructing the reservoir, when the basic principle for constructing a dam is to store water. Is this justice?

— The construction of reservoir is more important as it will make AP the only state in the country with abundant water. Even if we use the water for all our needs, there will be more water let out into the sea. River Godavari has another speciality, it will get flooded thrice in a year. Sabari and Sileru rivers bring all the rainwater in the forests from Orissa and upstream areas into Godavari. We can keep on lifting the water wherever it is in ample quantity. We can do canal irrigation by placing small lifts.

— Coffer dam is just the anicut and to build it, much amount need not be spent. Krishna barrage also is an anicut. When there is a flood, anicuts allow water to spill over. A reservoir is needed to stop this surplus water which can be used later. Reservoir means submergence and the evacuees need to paid compensation which is causing delay in completion of the project.

— After the bifurcation of the state, NITI Aayog prepared a document titled “Overall development of AP” and submitted it to the Prime Minister. It included issues like Hyderaba to remain as joint capital for 10 years, finance for the new capital and Polavaram project.

— Through RTI, K.V.P. Ramachandra Rao asked the details of the document and NITI Aayog replied that it had prepared just one copy of it and submitted it to the PM and hence, was directing the RTI query to the PMO. How can only one copy be made and secretly given to the PM when it is regarding the government? Is it for development or “Overall destruction of AP?

— Then one other person, Ravi Kumar, too sought the document. NITI Aayog officials did not give the same reply as was done to the MP. They said that under Section 8 (e) of the RTI Act, they would not furnish the details in the document as they would create unrest in the state. May be, they do not know nothing would happen in AP as they are far off in the north.

— A document regarding the development of AP will not be given to an MP or any other person and the state government also does not have the guts to ask for it.

— The YCP government is alleging that Chandrababu Naidu had asked for Polavaram to be handed over to the state while Naidu, in the Assembly, says that they had taken it after the Centre gave the project to them and expressed readiness to hand it back to the Centre.

— The fact is that NITI Aayog does not have any letter from either Chandrababu or the AP government regarding the Polavaram project but there is a note from the Centre stating that it had given the responsibility of the project to the state following a request from the AP government. There is no clarity on the issue.

— Why is the YCP government not able to question the Centre? Is it really because of the CBI cases that Jagan Mohan Reddy is not able to raise his voice as being alleged by the TDP?

— On Special Category Status, the former MP reminded that the reply given in Rajya Sabha stated that it would be accorded only to hilly regions. He also reminded that Vice President Venkaiah Naidu stressed on inclusion of SCS in the BJP manifesto, and that it would be accorded not for 5 years but 10 years while in reality, it was never granted to Andhra Pradesh at least for a year.

— “Does not the government have the right to ask for the details in the NITI Aayog document and why was the SCS denied? Should it not know what sort of package would the state government be given for denying the status? If Chandrababu was inefficient, can’t the YCP MPs go and ask for the document?

— More than half of the states in the country are being ruled by non-BJP parties in the country. If the YCP MPs raise a question in the Parliament about denial of rights to the Andhra Pradesh government, all other states too would join them. Nobody would encourage the BJP to function against the Constitution.

He suggested that Jagan Mohan Reddy should ensure that the Centre makes a commitment to complete the Polavaram project with its funds. Only then would the mission would be a success, he said.