#GHMCPoll : What Happened In Last Hour? 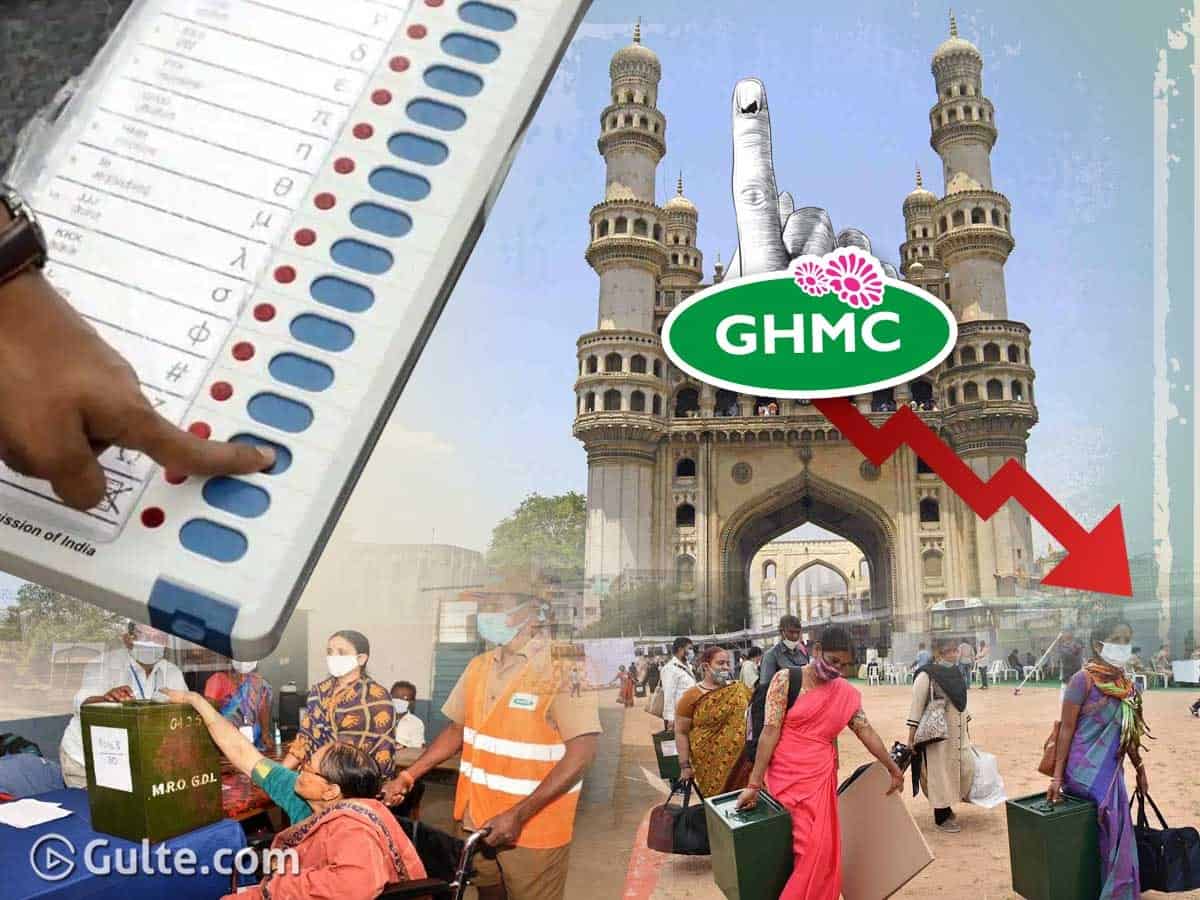 The Greater Hyderabad civic body election that garnered nation’s interest with the high-decibel campaign from the likes of national leaders like Amit Shah, UP CM Yogi Adityanath and aggressive campaign of local leaders witnessed a sudden spike in the polling percentage in the last hour. This has become a talking point in political circles.

The first half of the day witnessed meager 18 percent of voting. Till 3 pm, only 25.34 percent percent voting was reported. In fact, several polling booths saw low turnout and some pictures of polling officials taking nap did go viral. The voting reported from 7 AM to 5 PM was at 35.76 percent. At one point it was estimated that the total voting for the day would be at around 38 percent. But taking everyone by surprise, the polling shot up in the last hour. The numbers did sprung up in the final hour. Initially 45.71 percent voting was reported as the total voting percentage for the day. However, the final voting percentage that has been reported the next morning is 46.6 percent.

As over 10 percent reported in the final hour of the voting, this became a huge talking point. Political parties – both ruling and opposition – are worried over the last hour. Candidates of all the leading parties are crossing their fingers. The counting will begin on Dec 4th early morning and the result will be declared the same day.