Who Will Benefit From The Low Voter Turnout? 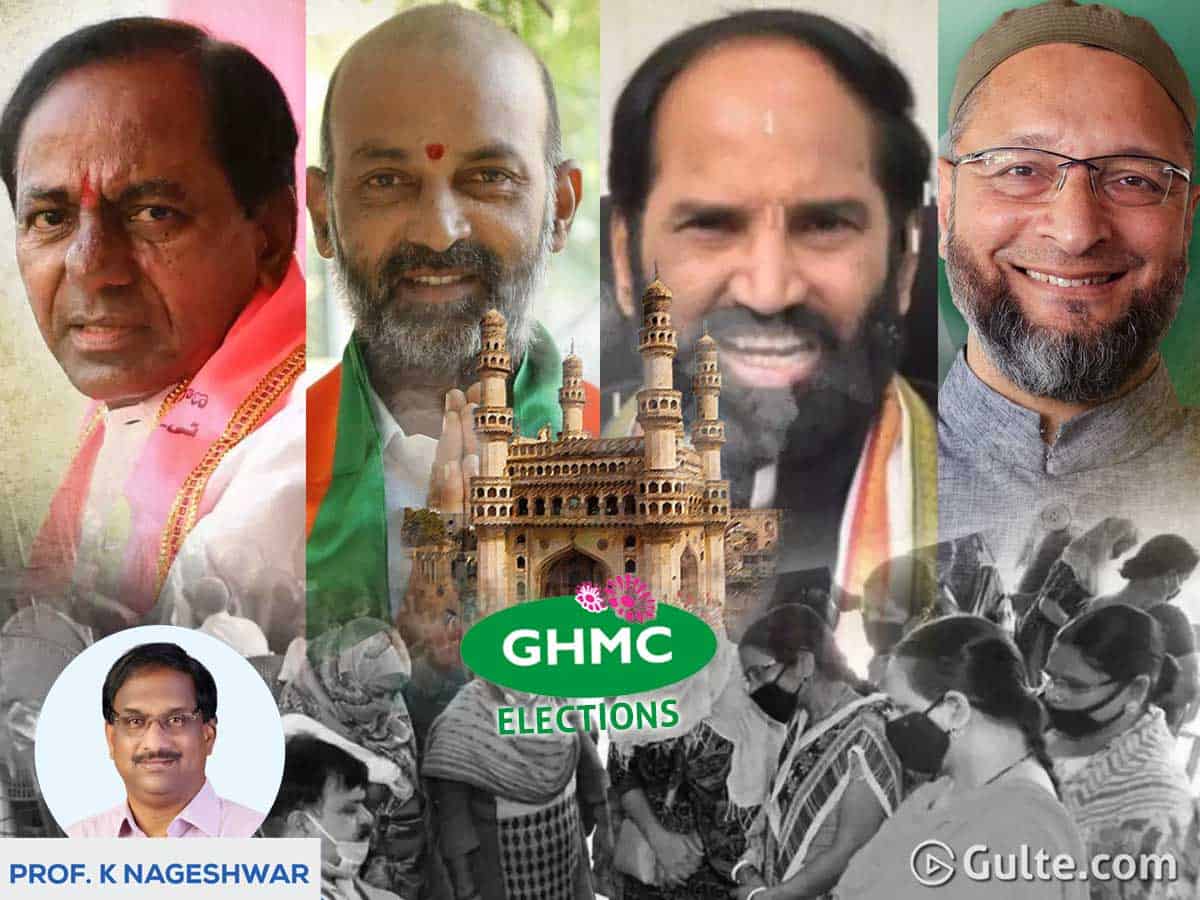 The popular notion is that voters come out to the polls in greater numbers when motivated to punish the incumbent party. Thus, the low turnout can be interpreted that Hyderabad voters were not keen on punishing the TRS that is ruling both GHMC and the state government. This is precisely why the ruling TRS is hoping for a win, and the opposition BJP seems nervous.

But, the electoral studies do not establish any relationship between voter turnout and possible electoral outcome.

According to a 2018 study by Milan Vaishnav and Jonathan Guy published in the journal, Studies in Indian Politics that looked into data from 18 major Indian state elections between 1980 and 2012, there is no relationship between voter turnout and the electoral outcome in favour of either ruling or opposition party.

However, there is also a theory that low voter turnout benefits cadre-based parties like the BJP. The proponents of this theory refer to the following.

In a new book about Indian elections and polling, NDTV’s Prannoy Roy and Dorab Sopariwala look at whether turnout might say something about the relative success of the BJP.

Analysing results from the Lok Sabha elections of 2004, 2009 and 2014, they conclude that “in each one of the three consecutive elections, the BJP+ performed much better in constituencies which had a low turnout.

The authors suggest that the BJP cadres are able to mobilise votes even if voter enthusiasm on average is low.

Thus, will the BJP emerge as the gainer as Hyderabad saw low voting?

But, there are also studies which reveal that BJP benefits when there is a high voter turnout. For instance, as political scientist Neelanjan Sircar has pointed out, the places that saw the highest spike in turnout also corresponded to BJP victories, suggesting that a significant chunk of the new voters were BJP supporters, or specifically voting for Modi.

Centre for the Study of Developing Societies-Lokniti pre-poll survey appeared to show that BJP voters were much more enthusiastic about going out and voting.

But, no such enthusiasm was visible in GHMC elections. Should it be interpreted as BJP not seen as competitive to TRS?

High voter turnout could also be a reflection of a strong pro-incumbency sentiment; when voters feel strongly in favour of the incumbent government, they like to come out in large numbers and express their support. Thus it can be interpreted that the low turnout reveals lack of any pro-incumbency for the TRS.  Therefore, the electoral studies do not provide any clear picture on interpreting low voter turnout in terms of electoral outcomes. Usually people come out in large numbers to vote when there is a wave for or against any particular party. Low voter turnout in Hyderabad reveals the absence of either pro or anti-incumbency. Thus, the GHMC poll outcome is anybody’s guess.