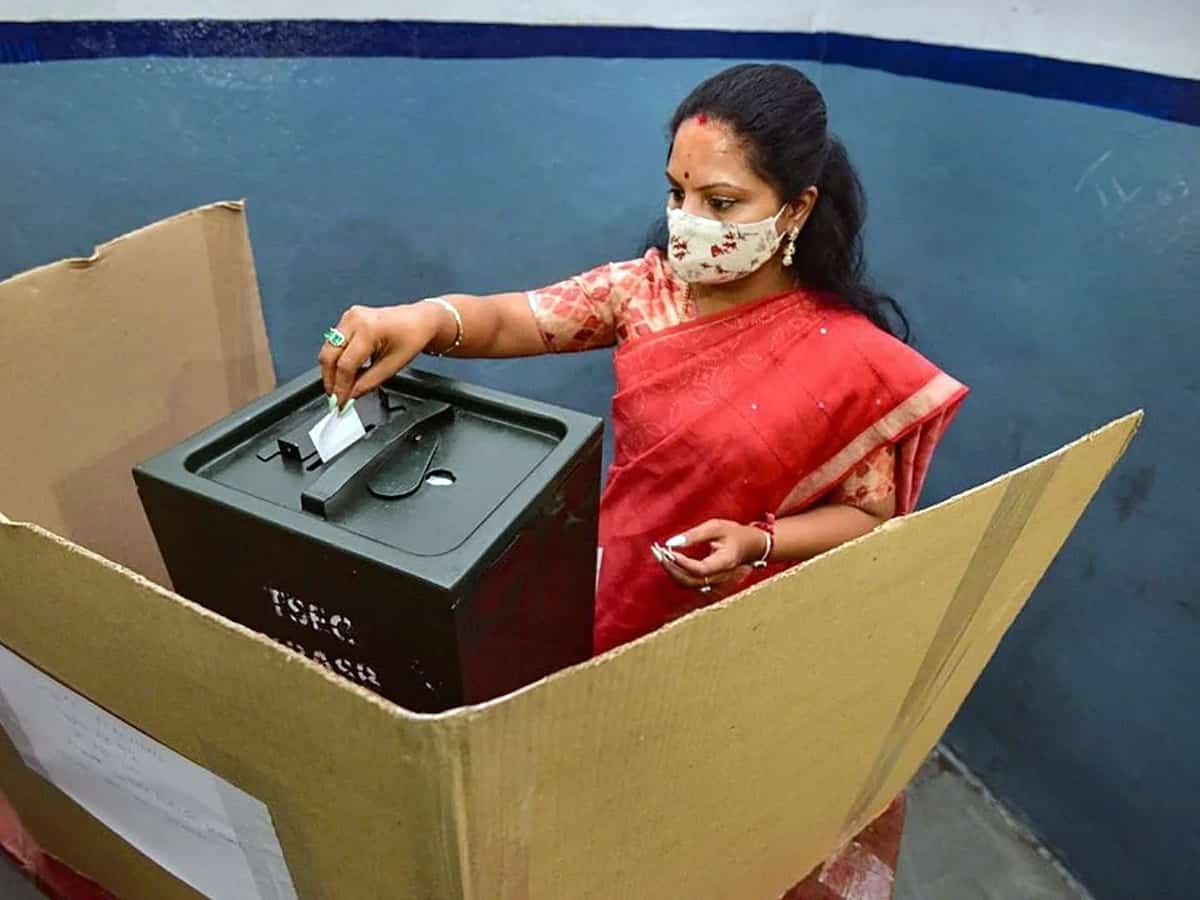 On the polling day of GHMC elections, TRS MLC Kalvakuntla Kavitha casted her vote and shared the pictures on her social media. But it turned out to be a surprise that Kavitha has voted in Hyderabad while her vote is enrolled in Nizamabad district. Regarding the same, the Telangana Congress leader Indira Shoban provided documented evidence.

The Telangana SEC reacted to these reports which surfaced on media and issued a clarification. As per the T-SEC, Kavitha has cancelled her vote in Nizamabad and applied for a new one in Hyderabad. However, on the polling day, the Election Commision’s website showed that Kavitha’s vote was still registered at Nizamabad. T-SEC did not respond to this claim.

Meanwhile Kavitha continues to remain silent on the reports of ‘fake’ vote.