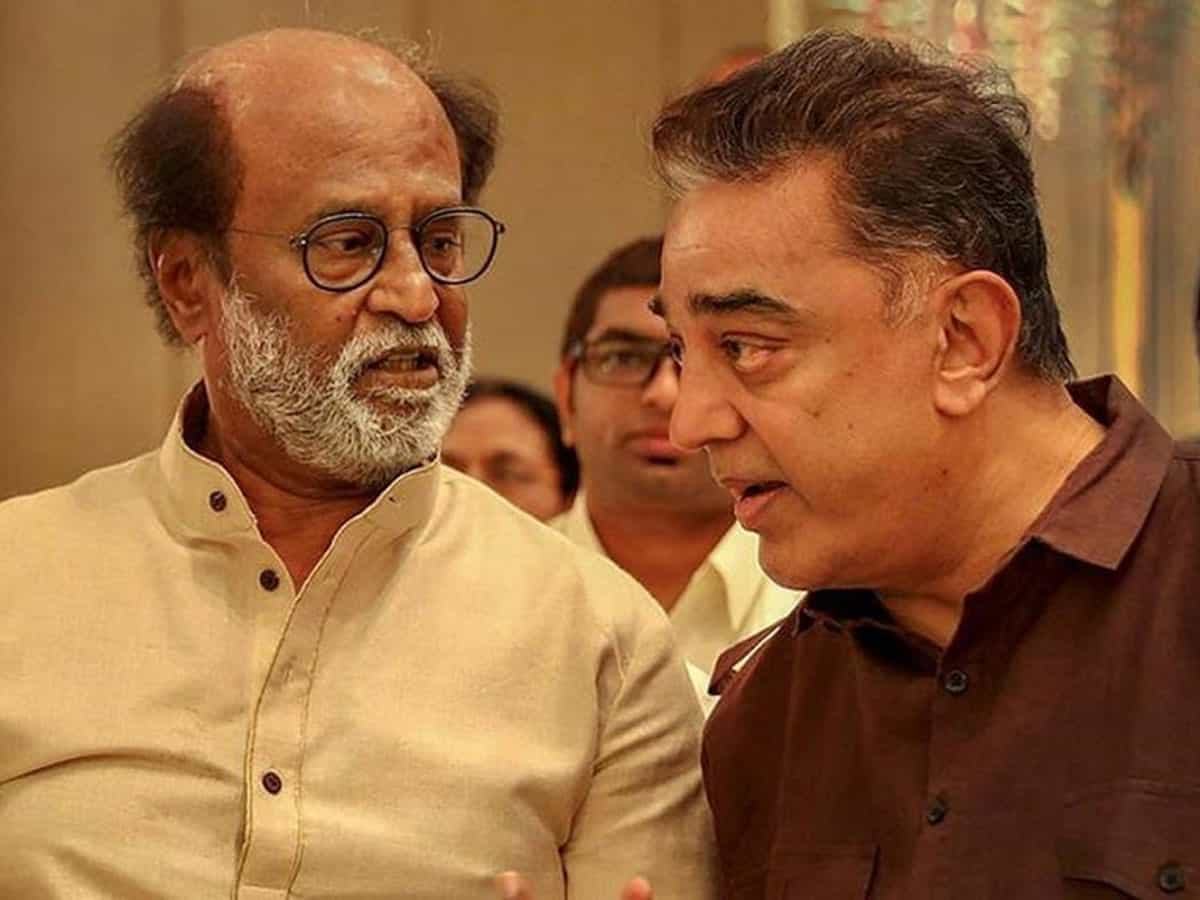 Actor-turned-politician Kamal Haasan yet again expressed his readiness to join hands with superstar Rajnikanth provided their political ideologies are in sync. Rajini would launch his political party in the next few days and he is expected to make his electoral debut in next year’s Tamil Nadu Assembly election. The Makkal Needhi Maiam (MNM) chief said that he is just a “phone call away” if the matinee idol agreed to work with him for the welfare of the people in the state.

Haasan said: “Let Rajini speak. We will help each other if required… give up all ego and co-operate if it will benefit the people. We have said this before… nothing new to be said now,” At the same time, he cautioned that a more detailed understanding of Rajinikanth’s ideology was needed to make this decision.

Hinting to Rajinikanth’s promise of “spiritual politics”, he said: “We can’t take his single word as a full ideology and consider it as his party’s cornerstone. Let them explain in detail, then we will speak.”

Further, the actor said the two remained “easy as friends”.

“I have said why I came to politics. We need a change. Rajinikanth too says that,” he said, giving a ray of hope for better politicians with moral values and no hidden agendas.

This is not the first time that Haasan hinted at the possibility of an alliance with Rajini. On Sunday, Kamal Haasan said: “Alliances will break up and alliances will come together.” In November last year too, he said that the two actors would work together “if there is a need for Tamil Nadu’s development.”

In response to this statement, Rajinikanth said: “If there is a situation that requires for the development of the Tamil people, I would join hands with Kamal Haasan.”

The Assembly election/s scheduled in May 2021 will be the first election since the death of former chief ministers J. Jayalalitha and M Karunanidhi. Political observers predicted that the political vacuum created due to the absence of the influential leaders could be filled with Kamal–Rajini mega-alliance in Tamil Nadu electoral landscape.

Meanwhile, there are reports suggesting that Rajini may contest the election with his newly-registered party, Makkal Sevai Katchi (People Service Party), with autorickshaw, as the symbol. It may be recalled that Rajini was an auto driver in the film Basha.

Kamal Haasan launched his party in 2018 and contested in last year’s Lok Sabha election but he failed to win at least one seat. The party also failed to secure seats in two sets of Assembly bypolls – in May and October, with the AIADMK and DMK sharing all the seats.