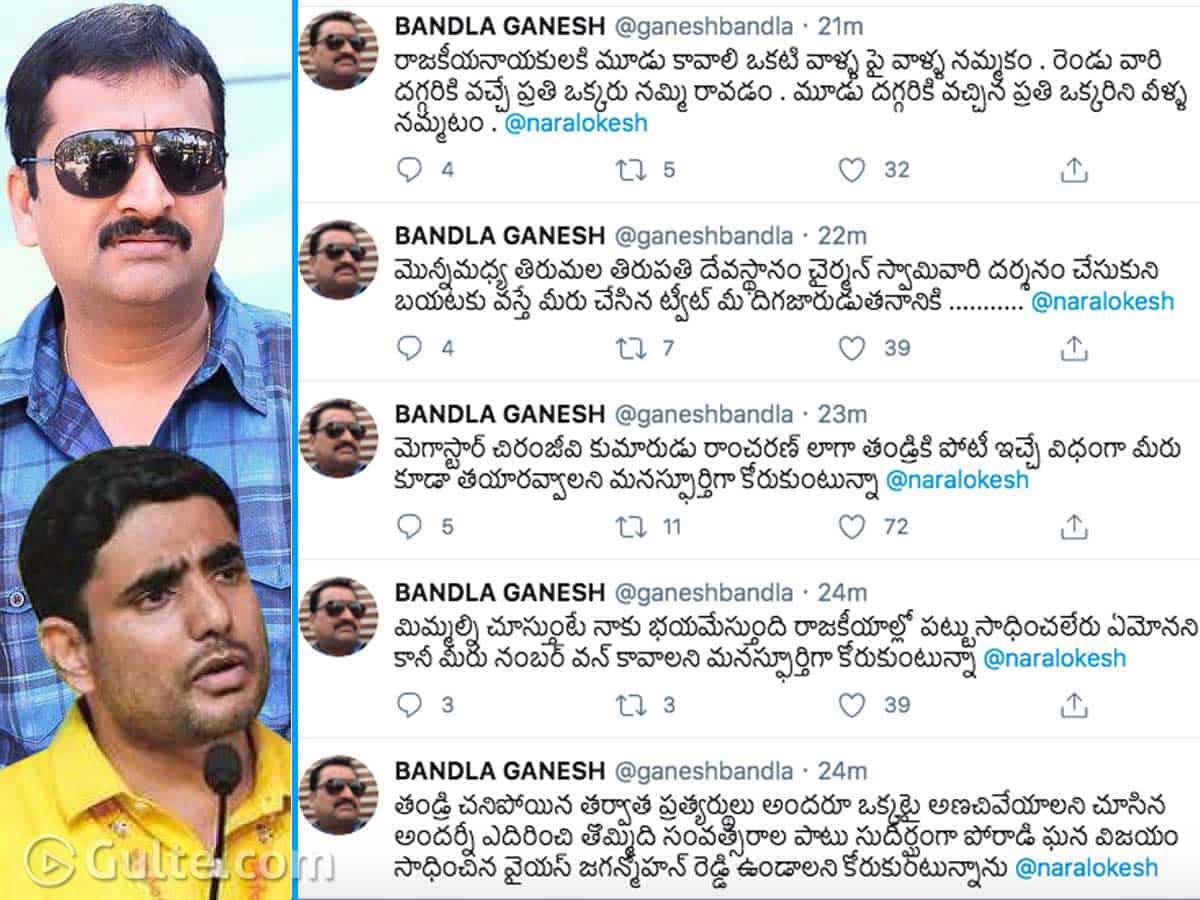 From a long time, comedian Bandla Ganesh got inactive on social media after his failure (along with Congress party’s failure) in the elections. With people trolling him for the comments he made that he will slash his neck with a blade in case if Congress loses, the actor went into oblivion. But recently he has returned and entertaining everyone again.

Today, Bandla Ganesh has targeted Telugudesam scion Nara Lokesh big time, saying that the young TDP leader has no qualification other than that he is Chandrababu Naidu’s son to become a politician. “Dear Lokesh, see how KCR’s son KTR has grown and how Ram Charan is giving tough competition to his father Megastar Chiranjeevi,” said Ganesh, giving a political lecture to Nara Lokesh about growing in politics.

Saying that he left politics as he can’t handle them, Bandla tried to give gyaan to Lokesh, asking him to not do hasty comments on Twitter which are hurting fans. He went on advising that Lokesh should win people by love but not by running Twitter accounts like a software company. In this process, Bandla hailed AP CM YS Jagan, saying that he has fought with everyone for 8 years after his father’s death to raise to power.

Well, we wonder why the actor is suddenly giving these classes to Nara Lokesh.