Telangana Lockdown extended till May 29: KCR 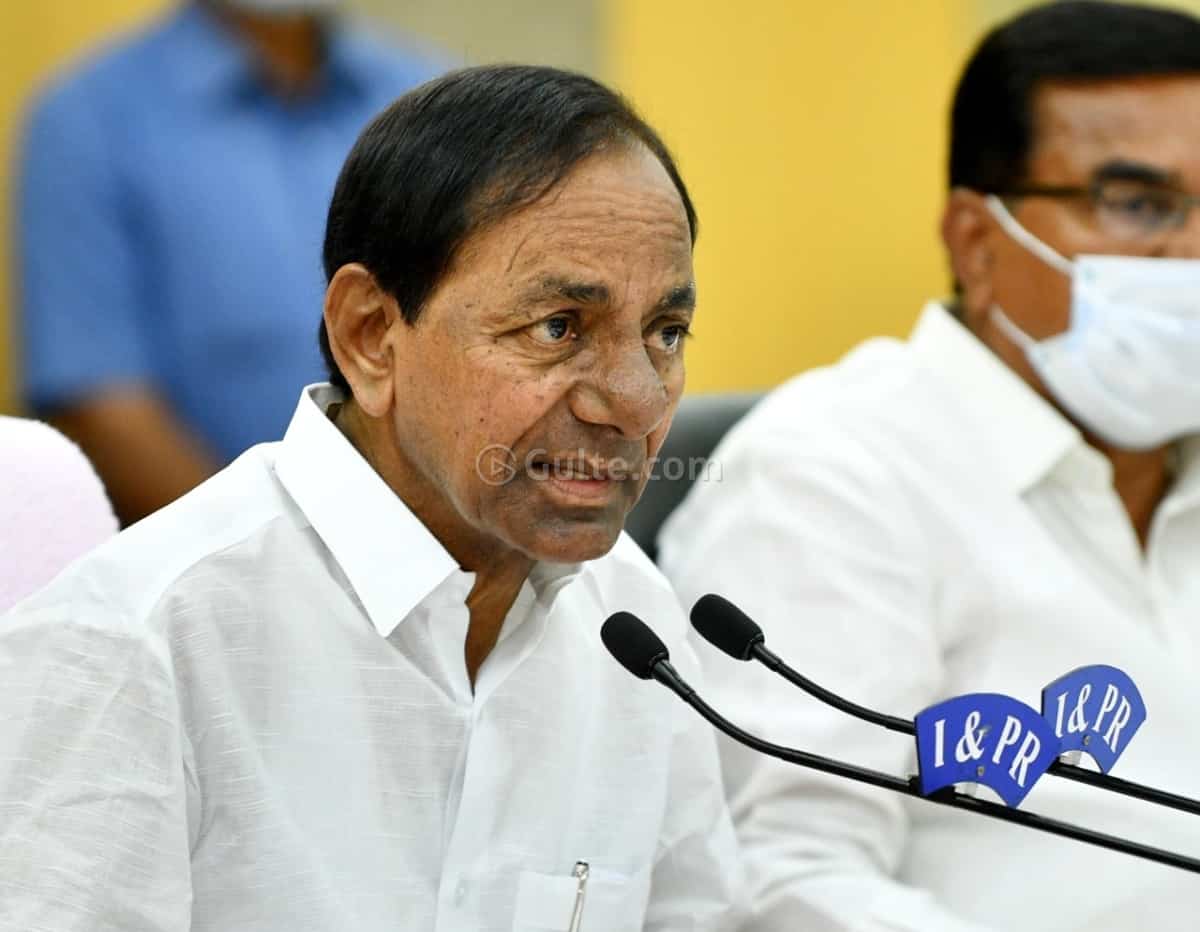 Telangana CM KCR announced a lockdown extension in Hyderabad up to May 29th. In an inevitable decision to save the state from going beyond control with virus spread, KCR announced the extension. The CM pleaded the people of the state to cooperate with his decision and so we can completely eradicate the virus spread in the state.

KCR said the night curfew after 7 pm will be continued and with strict measures like it is following so far.

Telangana CM KCR is giving the latest details on coronavirus, lockdown, positive cases, recoveries, zones, and containment zones. According to the latest health bulletin in the state, a total of 1096 members tested positive for the coronavirus in which 628 were treated and got discharged from the hospitals.

In Telangana state, only today, 43 patients recovered completely from the virus and have been discharged, while an 11 tested positive and been admitted for treatment. As of now, a total of 439 are being treated for coronavirus.

KCR speaks about the strenuous measures the government launched in Telangana to control the spread of coronavirus and as a part of it, he mentioned how the Telangana govt implemented the ‘Containment pockets’ in Karimnagar, much before the central government got to know about it.

KCR read out the statistics giving the detail on Telangana’s progress all the parameters like putting the death toll down, average active cases down and recoveries up. The Telangana CM revealed the details on zones saying that there are 18 districts in Orange zone and 6 of them would be declared Green from today, while the remaining 11 districts would be coming to green zones in the next 11 days.

There are a total of 35 containment zones in the state and 19 in them are from Hyderabad and GHMC area, and of them, 12 zones will be left in the red zone while remaining to go to green zone soon.

Talking about the availability of PPE kits and masks, KCR revealed that the state has now 5.65 Lakh kits enough for the health staff in the state and also more than 6 lakh N95 masks ready for medical workers to use.

Stating that the Telangana government is well-equipped in all the needed ways to fight the virus spread, KCR is requesting the much-needed cooperation from the people. The CM asked the comorbidities and children to stay home until this all goes away.

KCR spoke about some economic activity that could happen in the state also by following the center’s guidelines and he even stated that the Telangana government will be imposing some strict decisions even if the central government does not suggest, just to keep the state safe.

Though the central government guidelines allow the states to reopen businesses in areas with red zones, Telangana will keep them shut for more days. Not a single shop will be opened in Hyderabad, Ranga Reddy, Medchal, Warangal urban, Vikarabad, and Suryapet, said KCR.

Only construction related businesses like cement, steel, electrical, hardware shops will be opened and the essential grocery store will continue to open like before. Agricultural related tools stores also will be opened.

KCR says he wants to keep the shops closed in red zones to keep the state safe and if it seems safe, he said he will review the situation on 15th May about virus behavior to conclude on opening shops from that date. Rural areas, from Mandal HQ to village level, will be opening 100 percent shops in green and orange zones.

Stamps and Registration department will be open and working with 100 percent, only with mandated physical distancing rules. RTA office and Sand & Mining also will be reopened completely.

According to the High court order, KCR spoke about conducting the leftover examinations for the students and if necessary, by raising the number of centers to double the originally announced.

KCR said that Government will take special care by allowing more buses for students to travel to examination centers and also issue special passes to the personal vehicles to reach the exam centers.

Also, the valuation of Intermediate examination papers will be conducted from tomorrow.

In an attempt to help Young and Poor advocates, the Telangana government has allotted 25 crore rupees fund and the High Court’s chief justice will be looking into making the amount reach the needy. KCR assured that migrant workers will be helped and will be taken care of like our own state residents.

KCR mentioned few biotech companies in the state that have donated huge to CM relief towards the combat against the virus and its spread, also giving an insight on how these companies are putting their best efforts to develop vaccines for coronavirus.

KCR said that Bharat biotech donated 2 crore rupees to CM relief fund and also Mahima Datla of Biological Evance, Shanta Biotech, Vara Prasad Reddy has been working on developing two vaccines by August and September. It would not be just a proud achievement for Telangana, but a huge leap of achievement of mankind reiterated KCR.