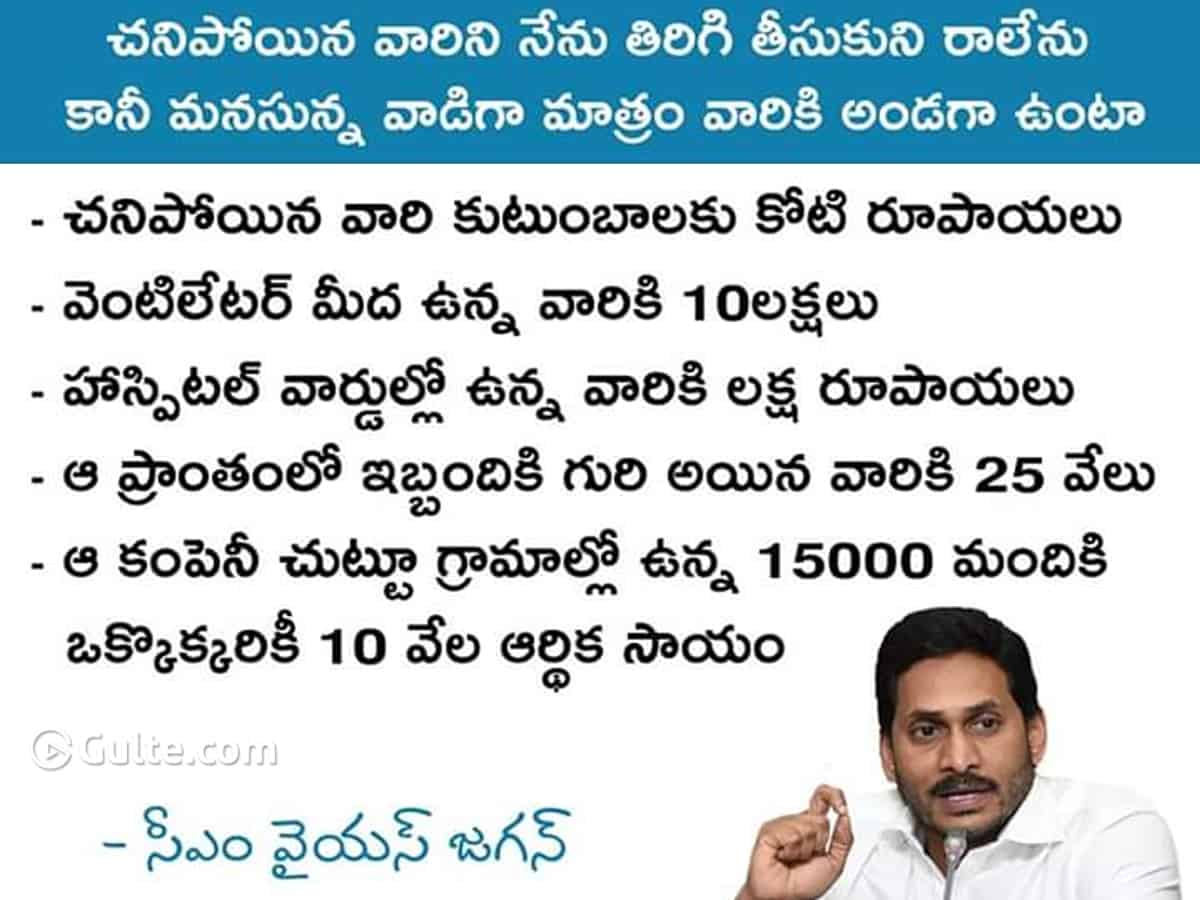 Andhra Pradesh Chief Minister Y.S. Jagan Mohan Reddy’s quick response to the Vishakapatnam gas tragedy has won applause from the Telugu people in both AP, states. They hailed him for being brave and moving freely with the victims amid the Covid-19 pandemic.

In an unprecedented manner, Chief Minister Y.S.Jagan Mohan Reddy flew to Vizag soon as the information of the gas leak reached him and consoled the victims admitted to the King George Hospital, Vizag, on Thursday.

The CM was appreciated for ensuring that ambulances reached the victims in time and shifted them to the KGH and this left the opposition parties fumbling for reasons to criticise the ruling party.

The opposition parties in AP never miss a chance to criticise the ruling YSR Congress government, which, they say is being anarchic in its functioning. The opposition leaders felt Covid-19 would not have spread so rapidly in the state if the CM had been more strict in the implementation of lockdown norms.

However, the prompt response to the Vizag disaster has put the opposition parties to silence.