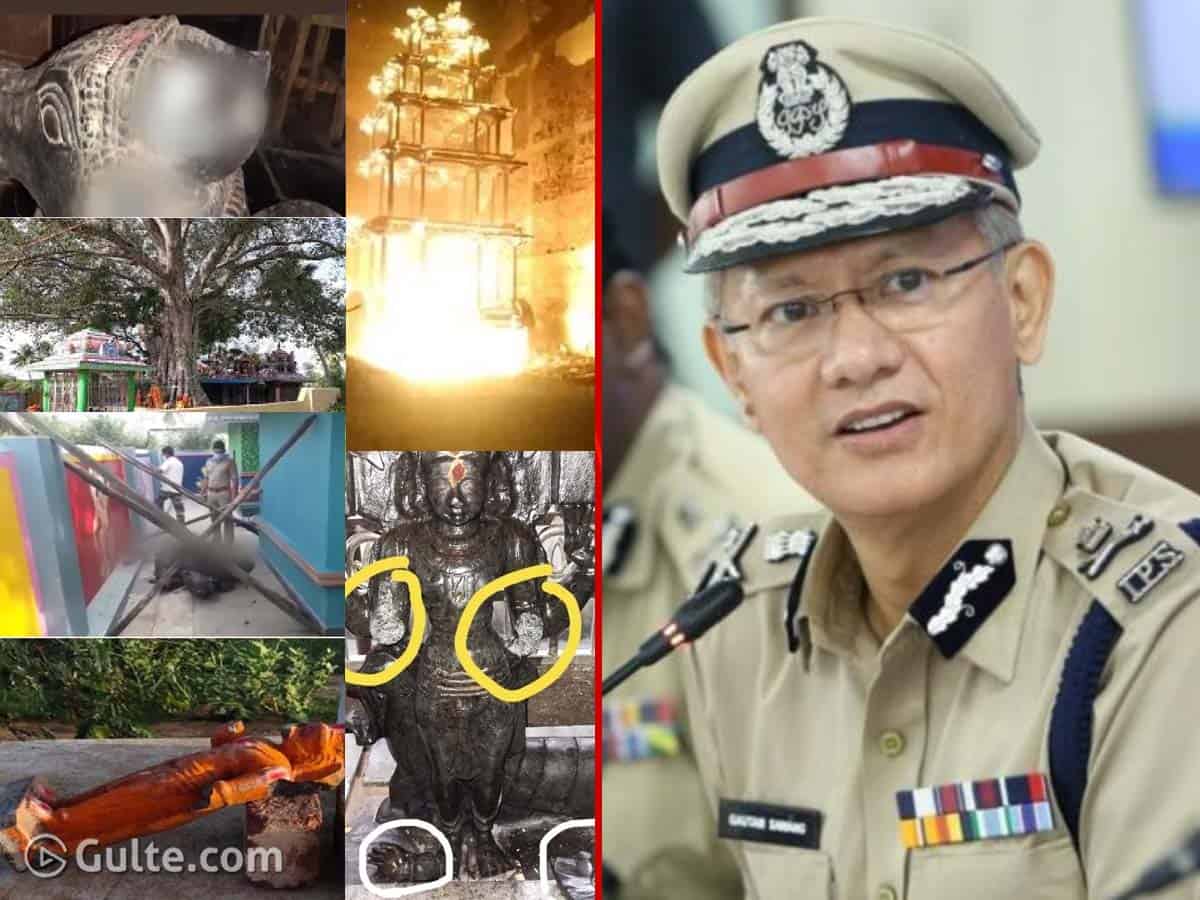 The rampant attacks on temples led to major political parties slinging mud against each other in Andhra Pradesh. While the Opposition parties, including the BJP and the TDP, alleged that it was the ruling YCP which was involved in the attacks, the ministers charged both the parties with being behind the attacks and desecrating Hindu idols to gain political mileage. Further, the Opposition parties accused the YCP government of being non-chalant towards the issue because their party cadre was involved in the attacks.

As expected, AP Director General of Police Gautam Sawang said that their investigation into the series of attacks on shrines revealed the involvement of opposition parties in the ‘conspiracy’. The role of political parties in the temple attacks was found by the Special Investigation Team (SIT) constituted under the supervision of senior IPS officer G.V.G. Ashok Kumar.

Sawang said that the 15 TDP members and 4 BJP men were involved in 9 cases of idol desecration, destruction and spreading of news on temple attacks.

He said the 13 TDP activists and 2 BJP activists have already been arrested while six more are absconding. The DGP said, “The investigation has revealed deliberate attempts and involvement of groups with vested interests and some political parties in the incidents and false propaganda, in an attempt to disturb the communal harmony in the state.”

In nine cases, members of political parties and their affiliates are directly involved in the attacks, he said.

Two BJP and two TDP members have been accused of spreading false news on desecration of Vinayaka idol in Bommuru in September 2020. A TDP member was accused of desecrating a statue of Lord Hanuman by putting a garland of chappals around its neck  in Badvel to create confusion over a land dispute.

In one another case, 8 people, including 4 TDP members, were arrested for attacking Madamma temple at Madikera in Kurnool district, to find hidden treasure on the temple premises. Another TDP member has also  been arrested for spreading fake news about desecration of an idol of Lord Vinayaka in Golugonda mandal in Visakhpatnam district.

Further, the DGP said that their findings about involvement of political parties in specific incidents is “part of a larger design or a game plan.”

The DGP said that so far 180 temple-related crimes were cracked and 337 people were arrested for their ‘involvement’ in the attacks. He also said that over 4,643 offenders/communal suspects were bound over so far.

The SIT findings on temple attacks reaffirmed civil supplies minister Kodali Nani’s allegations against the opposition parties. When asked by reporters about the allegations against the YCP’s involvement in the temple attacks, the minister took light of the incidents which hurt the sentiments of the people. Nani came under attack of religious gurus and the BJP leaders too for his ‘hurting’ remarks.

The minister even wondered what would the YCP government gain by desecrating idols while alleging that the Opposition parties were involved in the attacks and that they were being done to gain political mileage.