After KCR, Etela Should Be CM 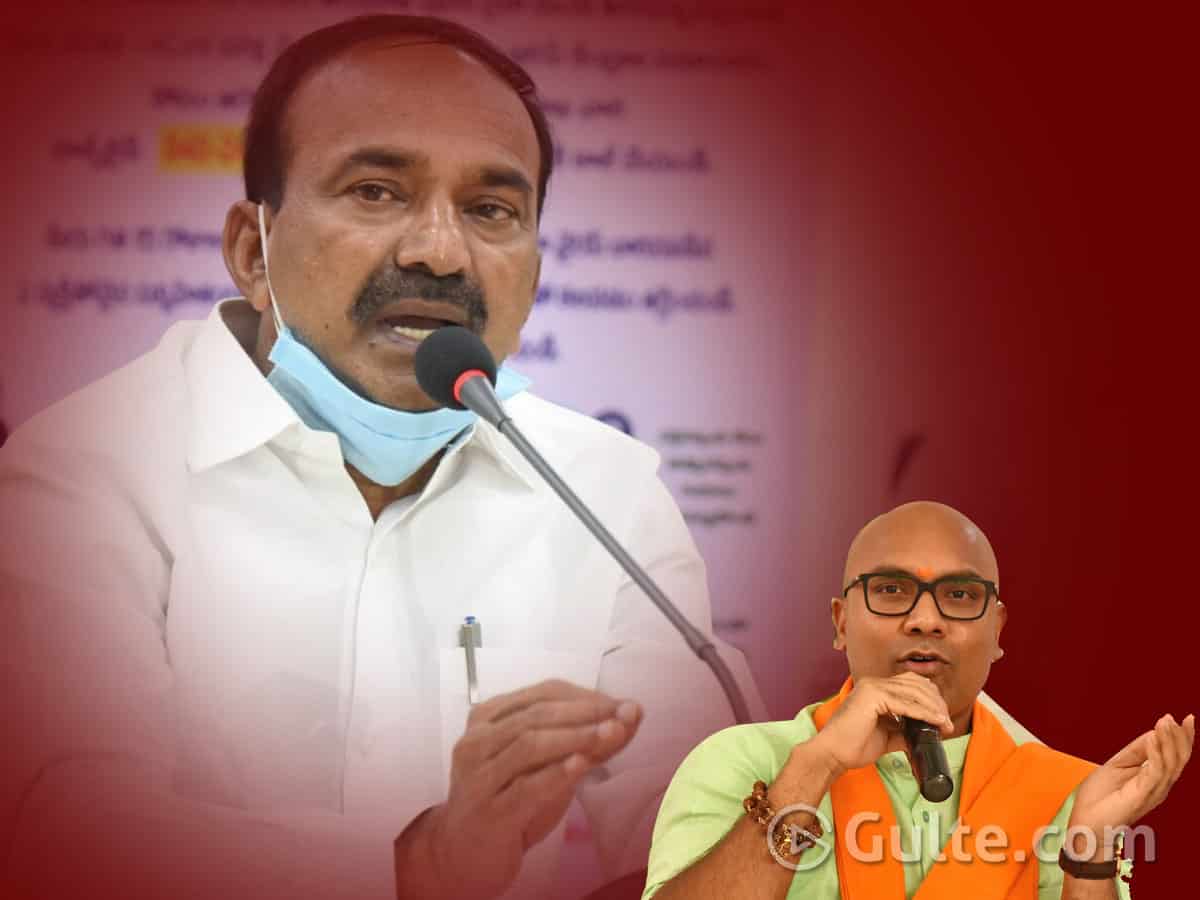 BJP MP Dharmapuri Arvind heaped praises on Telangana health minister Etela Rajender stating that he was the only candidate fit to be the next Chief Minister in the TRS party. He should be the CM, as per the population ratio. The population of people belonging to Etala Rajender’s caste is 10 times more than KCR’s caste, he said.

The MP’s statement gained significance in the wake of talk that Chief Minister K. Chandrasekhar Rao’s son, KT Rama Rao, would be made the Chief Minister of Telangana. Meanwhile, Etala also said that there was nothing wrong in KTR becoming the CM.

MLAs Shakeel and Bajireddy Govardhan Reddy too expressed support to KTR becoming the CM of Telangana.

The BJP MP lamented that there was no democracy or administration in the state. “It is completely family rule in Telangana. The state is being ruled by demons,” he said.

He lambasted TRS president and Telangana Chief Minister K. Chandrasekhar Rao for claiming credit of bringing the Covid-19 vaccine to the state. He said that it was the Centre which sent the vaccine along with the syringes to be used for administering it. “If the responsibility of vaccine is given to KCR, he would fill toddy in the vials,” the BJP leader mocked.

He also faulted the TRS leaders for thronging the government hospitals after the vaccine vials reached their places to claim credit for the jab. The vaccine inauguration posters had pictures of TRS leaders. It would have been better if they could focus more on development of PHCs instead of the photos on banners, he said.

The BJP MP also faulted the TRS government for not sanctioning at least one rupee of its 40 per cent share in the schemes implemented in association with the Centre’s share, but claiming entire credit for the programmes. Several development works are being done in villages under NREGS and roads are being laid under Grameen Sadak Yojana. For all these schemes, 60 per cent of the funds are given by the Centre. Disha reports provided proofs that the state government has been running all the Centre-state schemes only with Centres’s funds, he pointed out.

Training his guns on the Congress, the Arvind said that the party was in a pathetic state, on the verge of extinction. We are not able to remember at least the name of one Congress leader these days, he lamented.

The BJP MP also reminded that it was the responsibility of the TRS government to seek minimum support price to turmeric and write a letter to it than trying to escape its duty.