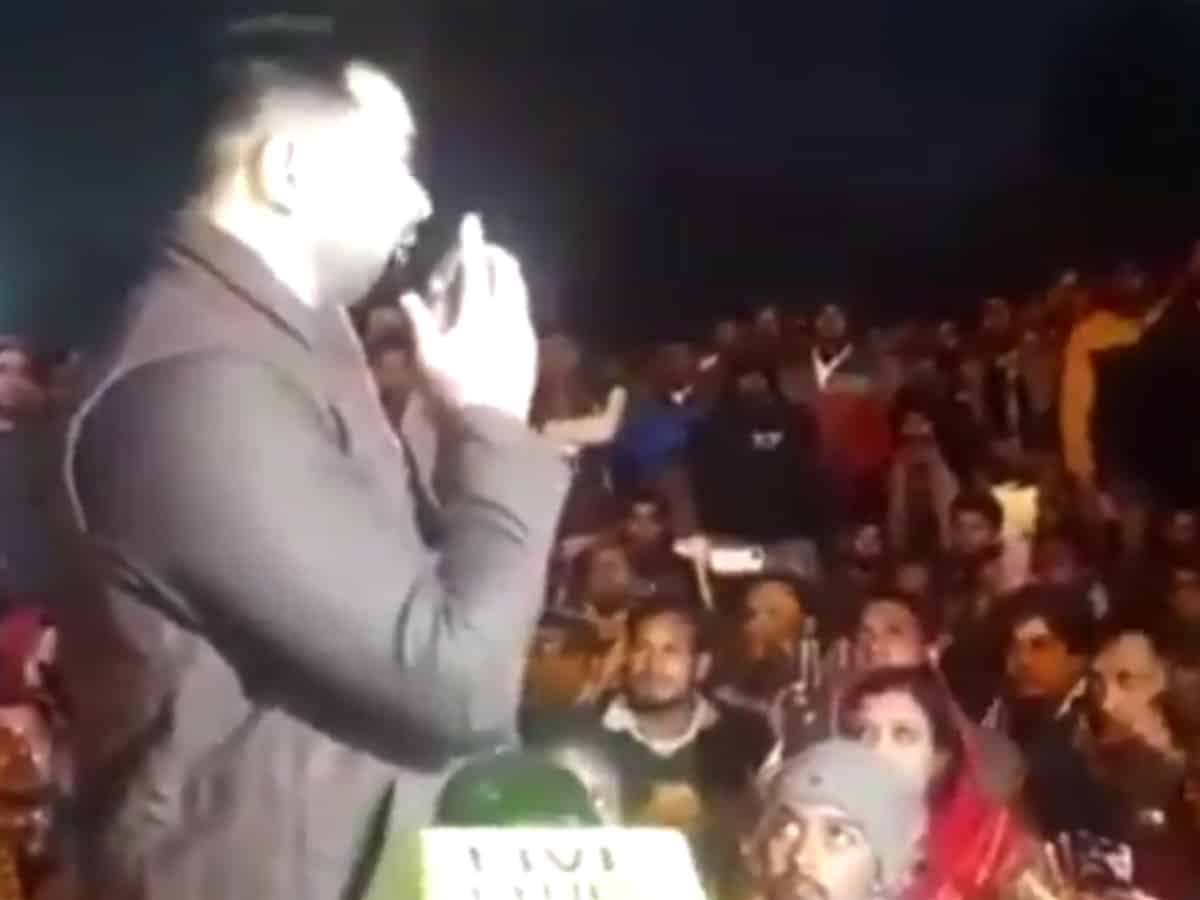 The Bihar Opposition leader, in a show of support, had joined the agitation in Patna, when he was told that the protesters were denied permission for a demonstration at their planned venue. He then dialled Patna District Magistrate Chandrashekhar Singh to seek assurance that the protest would be allowed.

The video shows Tejashwi Yadav talking to Singh on the speaker phone, while surrounded by the protesting teachers. Yadav is heard asking if the teachers would have to seek permission on a daily basis for their protest.

“There has been lathicharge, their food has been thrown away, they were driven away… Now, some are here with me at ECO Park. All they want is to be allowed to protest,” Yadav said, adding that he would “WhatsApp their application.”

Yadav said the teachers only wanted to exercise their democratic right to protest.

“Whatsapp kara dete hai inka application (I will send you their application by WhatsApp. You please allow them,” he “instructed” the senior official and Singh replied he would look into it. Kab tak bataiye (When will you do it?)”

Annoyed over this question, the Magistrate shot back: “Kab tak meaning? You will question me?”

After a pause, Singh replied: “Acha, sir, sir (Ok, sir).” The protesters burst into laughter at the official’s quick change of tone.

“I will send you a WhatsApp test. Respond fast or we will have to sit here all night,” Tejashwi Yadav said, cutting the call.

Sharing the video clip, Sudheendra Kulkarni, a former aide of former Prime Minister Atal Bihari Vajpayee, commented: “Must watch. And watch it till the end to know why Tejashwi Yadav is fast emerging as one of the most promising mass leaders of India.”

Must watch. And watch it till the end to know why @yadavtejashwi is fast emerging as one of the most promising mass leaders of India.

In the Bihar Assembly elections held last year, the NDA retained power defeating the RJD-led Mahagathbandhan (Grand Alliance) in a nail-biting contest. The Grand Alliance secured 110 seats in the 243-member House against the ruling coalition which won 125 seats.